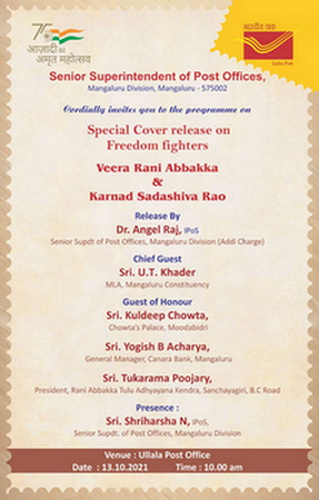 Veerarani Abbakka, a magnetic woman of indomitable courage and patriotism was the first Tuluva Queen of Ullal in Karnataka who fought the Portuguese in the later half of the 16th century. the Portuguese made several attempts to capture Ullal as it was strategically placed but she repulsed each of tier attacks for four decades. The Queen's story has been retold from generations to generations through folk songs and Yakshagana, a popular form of folk theatre in Tulunadu. She is celebrated as a valiant woman warrior and Patriot. 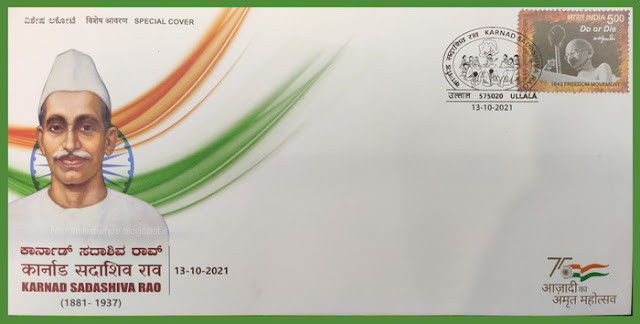 A well educated legal luminary, social reformer, Sri. Karnad Sadashiva Rao was born in 1881 at Mangaluru in Karnataka. He founded the "Mahila Sabha" which was instrumental in bringing woman, specially widows out of their homes and break stereo types and engaged them in economically productive activities. he also worked for the upliftment of down trodden and was one among the first to volunteer for Gandhiji's Sathyagraha movement.