A special cover was released in Bangalore on 24th September 2014 to celebrate the birth centenary of Swami Chidananda. The Pictorial Cancellation depicts the insignia of the Divine Life Society, which is a spiritual organization and an ashram, founded by Swami Sivananda Saraswati in 1936, at Muni Ki Reti, Rishikesh, India. It has branches all over India including Bangalore.

A Special Cover on AIMIT, Mysore, on the occasion of its Silver Jubilee was released by Dr.M.A. Saleem, Commissioner of Police, Mysore, on  26th September 2014.

Adithya Institute of Management & Information Technology has established itself as the most preferred organization in the field of IT education & Training since its inception in the year 1989 at Somwarapet, Kodagu, Karnataka. 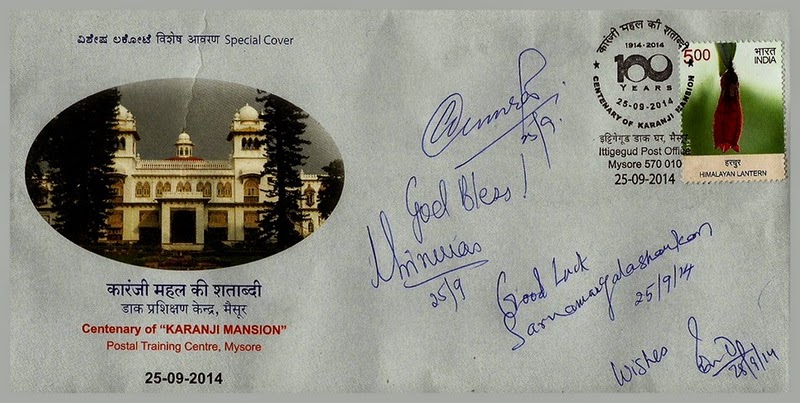 The special cover depicts the Karanji Mansion which houses the Postal Training Center. The Postal Training center (PTC) is functioning in this building since 20th April 1965It is located on a small hillock at the center of 38 acres of landscaped gardens.

Vajra-musti ("thunder fist" or "diamond fist") refers to a knuckleduster-like weapon and also a form of Indian wrestling in which the weapon is employed. The weapon is sometimes called Indra-mukti which means Indra's fist.

South Karnataka Regional Level Philatelic Exhibition is held from 24th to 26th September 2014 at Postal training Centre, Nazarabad, Mysore. 6 special covers are scheduled to be released during 3 days of this Exhibition.

CPMG of Karnataka Sri.M.S.Ramanujan released a special cover on 75 years of Mysore Head Post Office, which is known as Bewoor Building.

Egyptian Post has withdrawn it's earlier controversial stamp of Suez Canal ( refer my earlier post) and has issued a new set of 3 stamp in place of the earlier issue. 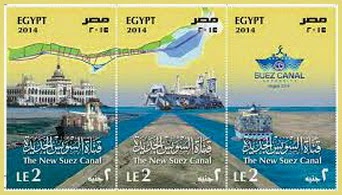 National conference on the ‘Role of Women as Reflected in Sanskrit Literature’, - Special Cover.

On the occasion of National conference on the ‘Role of Women as Reflected in Sanskrit Literature’ special cover was released in Bangalore on  15th September 2014.The Cover depicts, a group of women (famous painting of Raja Ravi Verma) with the background of the University (a heritage building of Mysore Maharaja) and the cancellation depicts lady doing namaskara. 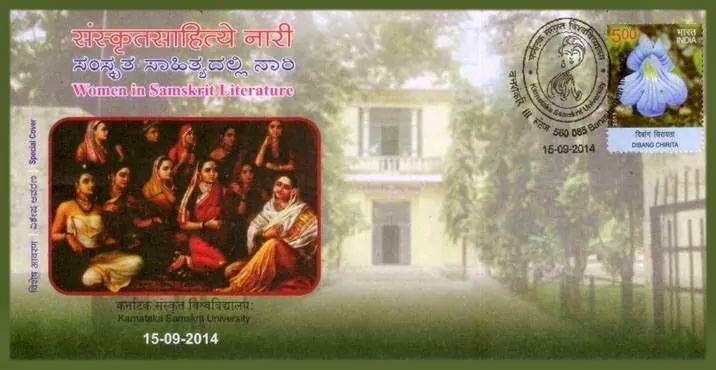 Vice President of India M Hamid Ansari released a special cover of CASK on 21st September 2014 at Milagres hall in Mangalore at the valedictory of the centenary celebrations of Catholic Association of South Kanara (CASK). 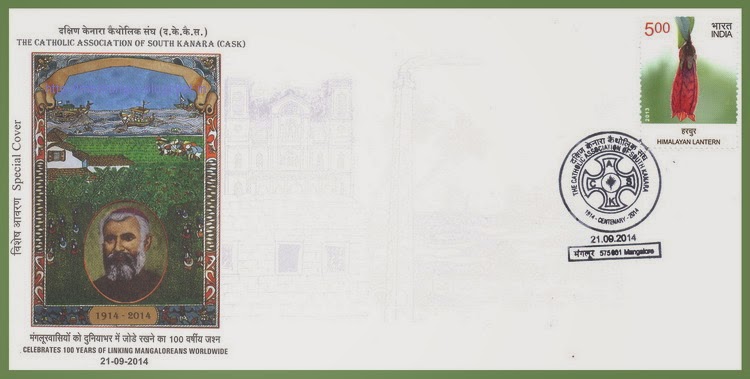 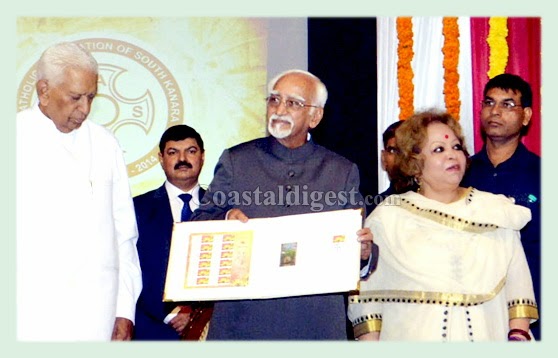 Isle of Man Post Office has teamed up with Panama Canal and Cunard line to produce a miniature sheet that marks the centenary of the Panama Canal on 8th August 2014. 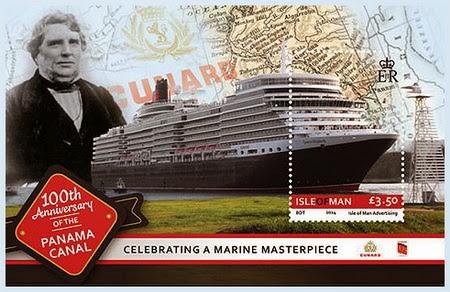 The miniature sheet consists of a collage of images associated with the Canal's centenary celebrations; it includes a visual of Cunard's Queen Elizabeth passing through the world famous Panama waterway, with Cunard also celebrating next year the 175th Anniversary of its first ship Britannia setting sail in July 1840.The image also includes a map of the Canal and a photo of  Manx man William Kennish.

Turkey Post released a set of 2 stamp on 10th September 2014 on Ottoman Gallions.

A Special cover was released on 17th August 2014 to commemorate Centenary celebrations of Kannada Sahithya Parishathu at Sattur, Dharwad. 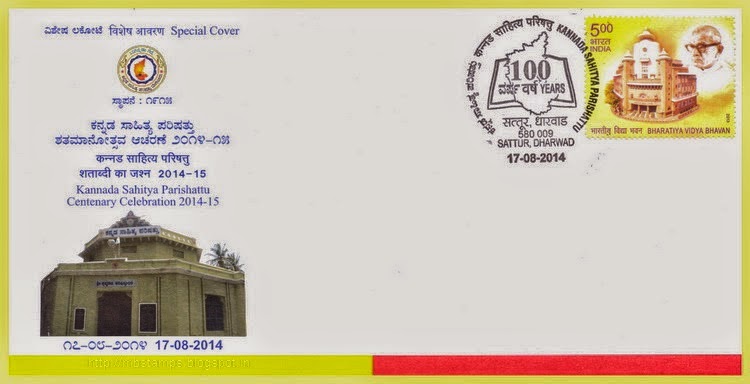 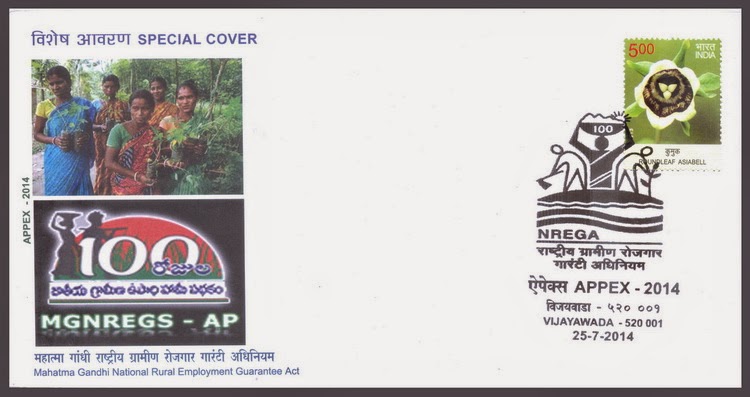 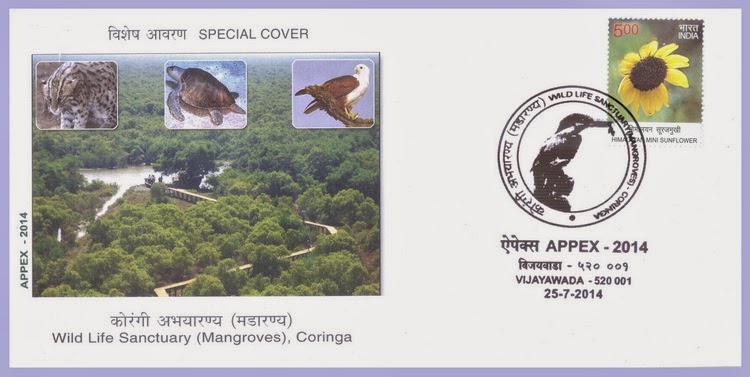 Courtesy: Sreejesh Krishnan, Trivanduram.
Posted by Mansoor.B at 10:30 AM 0 comments 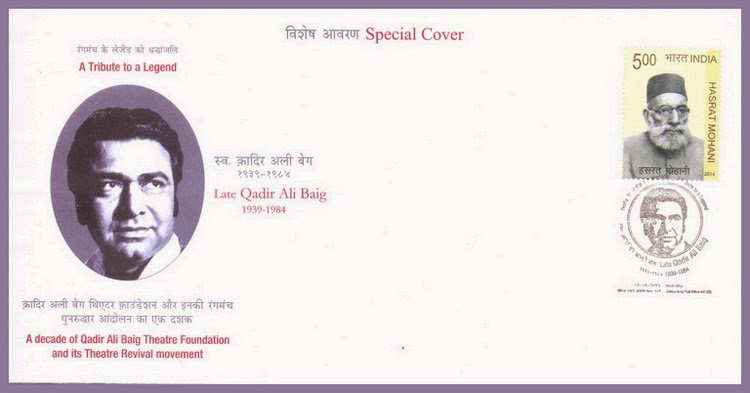 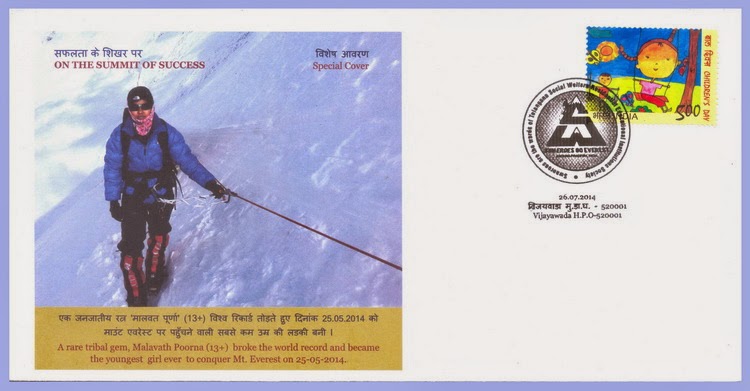 Special cover released on 26th July 2014 to celebrate the world record of Malavath Poorna, aged 13 years who became the youngest ever to conquer Mt. Everest on 25.05.2014. 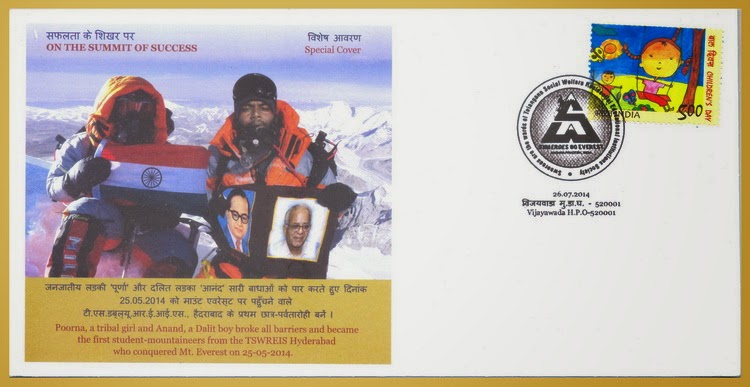 Special cover released on 26th July 2014 to celebrate the world record of Malavath Poorna, and a Dalit boy who became the first student mountaineers from Hyderabad who conquered  Mt. Everest on 25.05.2014.

A set of  three se-tenant £2 stamps featuring Suez Canal were issued on 5th Aug. 2014 to coincide with the Egyptian government’s announcement of its plans to build a new Suez Canal next to the existing canal. But one of the stamp is said to have the picture of Panama Canal wrongly shown as Suez canal. 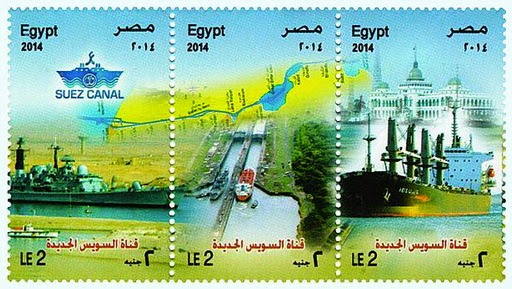 India Post released a special cover to celebrate the decennial year of  Kunjali Marakkar School of Marine Engineering on 22nd August 2014 at kochi.

School of Marine Engineering of Cochin University is named after Kunjali Marakkar, as a tribute to the valiant chief of King Zamorin of  Kozhikode, who fought against Portuguese colonialism erstwhile malabar coast during 16th century.

Commemorative covers issued by the Postal Authorities in Nepal to commemorate the visit of our Prime Minister Narendra Modi to Nepal. 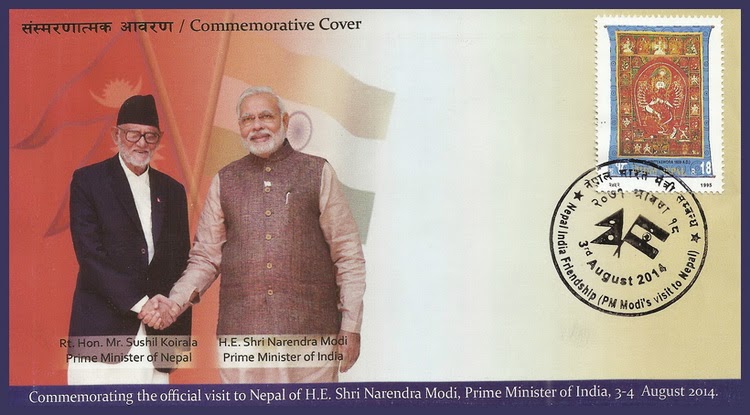 The stamp depicts a portrait of Hugo Chavez against the backdrop of a waving flag of the Bolivarian Republic of Venezuela.

Joint Issue by Russia and Bulgaria - Tradition and Modernity

Russian Federation issued a joint stamp with Republic of Bulgaria on 7th July 2014 to celebrate their diplomatic relations. The stamp depicts flags of Russia and Bulgaria. 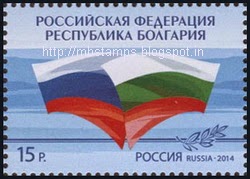 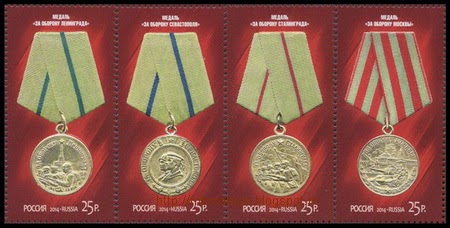 Gold medal "Hero of Labor of the Russian Federation"

Russian Post released a souvenir sheet on the Baikal-Amur mainline on 2nd July 2014.Baikal-Amur Mainline (BAM) - one of the largest railroads in the world, runs through the territory of the Irkutsk region, the Trans-Baikal Territory, Amur Region, the Republic of Buryatia and Sakha (Yakutia), the Khabarovsk Territory. 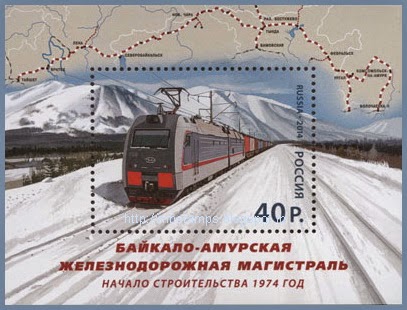 The stamp depicts the locomotive "Ermak" with mountains in the background and the map of the Baikal-Amur Mainline railway stations.

The stamp depicts a portrait of VN Chelomeya and developed Vladimir Nikolayevich booster heavy class "Proton" series, designed to launch an unmanned spacecraft into Earth orbit and then into space.

A function is being held at Bangalore for the release of stamps on Indian Musicians at Karnataka Sangeetha Nrithya Accademy, Bangalore on 3rd September 2014. All are invited. 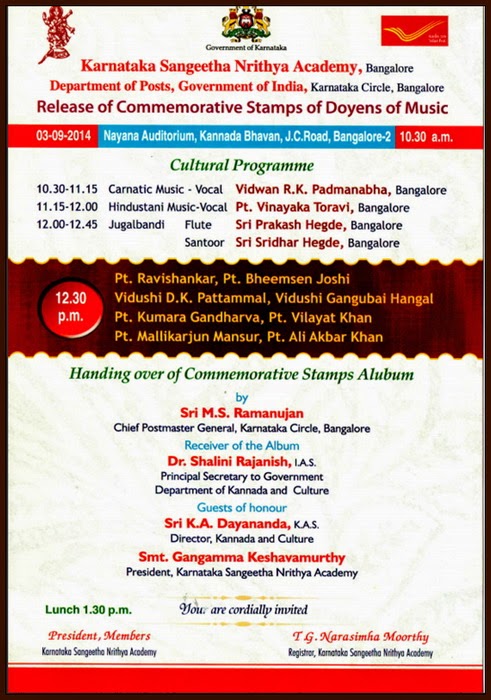