The stamp depicts a portrait of GN Flerov and the 114th element of the periodic table of chemical elements named in honor of the scientist Flerov.

Russia Post released a Souvenir sheet to celebrate 150th birth centenary of  Konstantin Stanislavsky (1863-1938) theater director, actor and teacher on 17th January 2013. This is the first stamp from Russia Post for the year 2013 and is oval shaped. 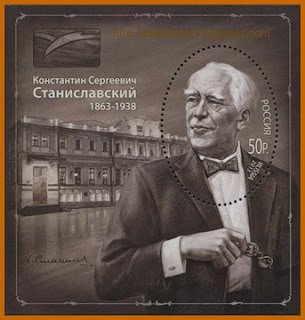 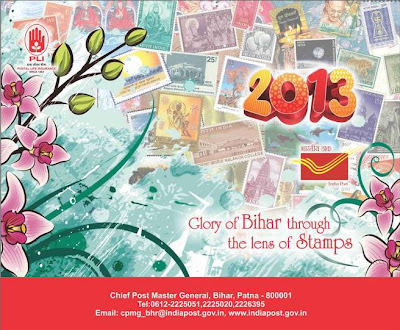 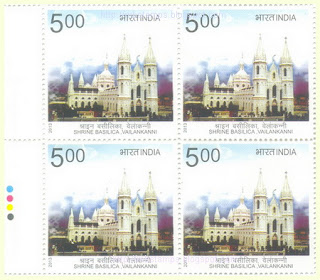 Here is an interesting collection of updated  set of the Post Office logos from 136 different countries of the world provided by www.stampnews.com 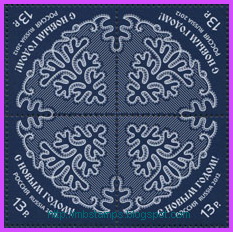 Coat of Arms of Moscow and St.Petersburg. 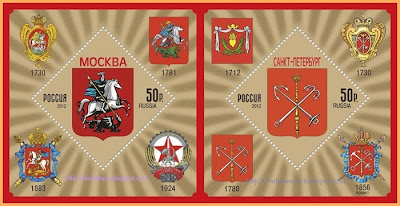 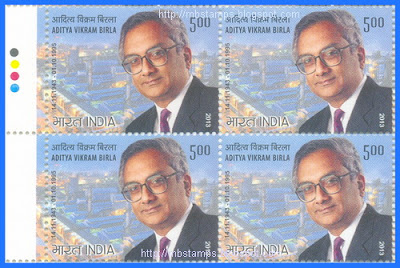 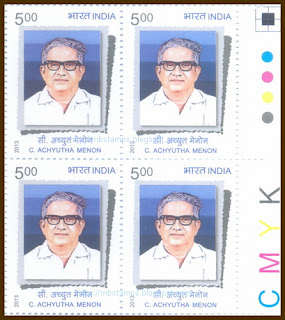 India Post released a set of 4 stamp and a sheetlet on 12th January 2013 to celebrate 150th birth anniversary of Swami Vivekananda. 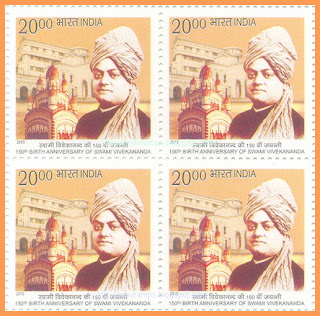 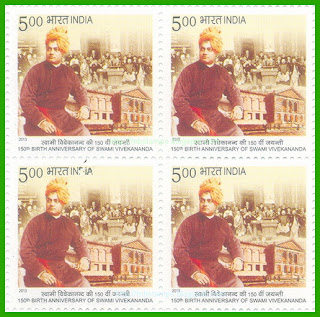 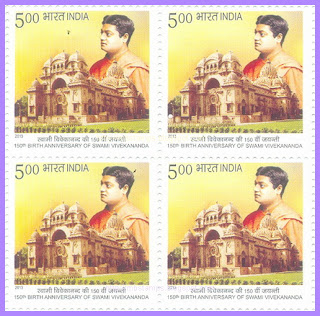 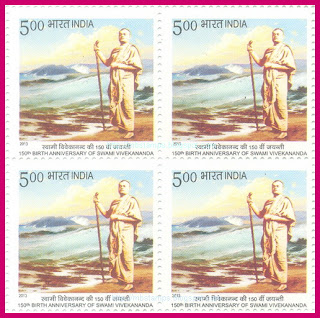 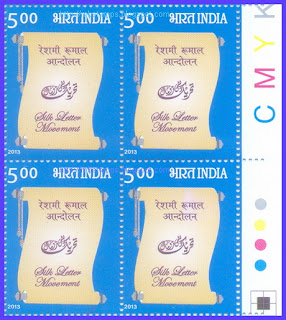 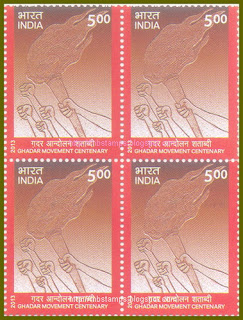 Russia Post released a set of 4 stamp of Cartoon Heroes on 3rd December 2012.These stamps depicts cartoon characters like, Winnie the Pooh, Mowgli, Kid and Carlson and Vova in Far Far Away kingdom. 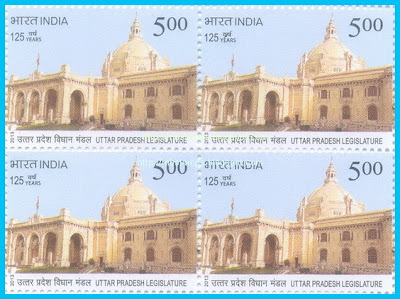 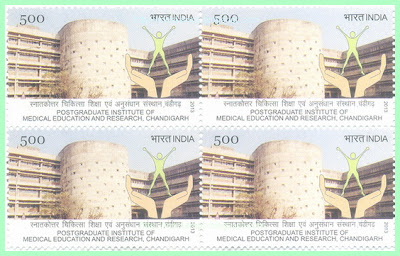 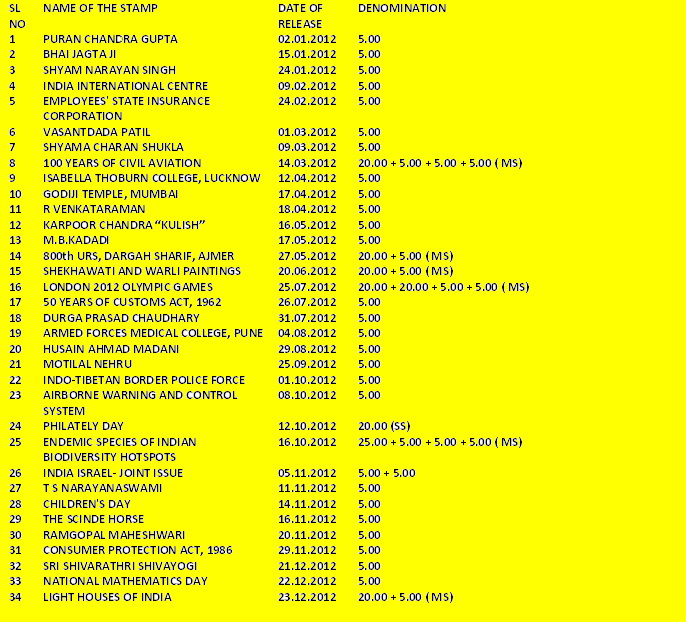 India Post has opened its account for the year 2013 by releasing the first stamp for this year. A stamp was released on 3rd January 2013 to commemorate 100 years of Indian Science Congress. 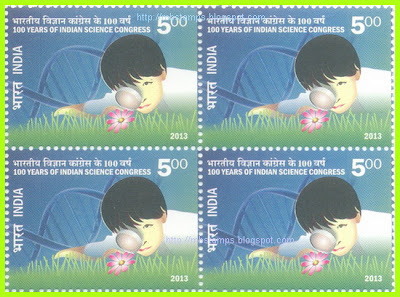 The Indian Science Congress Association(ISCA) owes its origin to the foresight and initiative of two British Chemists. The Association was formed with the objective to advance and promote the cause of Science in India, to hold an annual congress at a suitable place in India, to publish such proceedings, journals, transactions and other publications as may  be considered desirable.

The Centenary session of the Indian Science Congress is scheduled to be held from 3-7 January, 2013 at Kolkata. The theme for the session of "Science for shaping the future of India".

The design of the stamp depicts the spirit of the centenary session of the Indian Science Congress. A child, tender, mouldable and the future of India, is observing a flower through a magnifying lens. 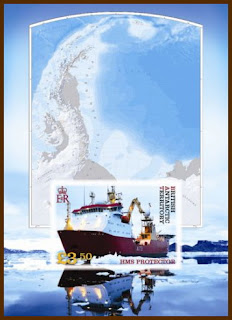 British Antarctic Territory issued a new commemorative stamp on 21st December 2012 dedicated to the legendary HMS Protector. HMS Protector is an impressive and incredibly versatile survey and Ice Patrol Ship. The ship is on loan to the Navy in order to fill the void left by Britain's long-serving Antarctic patrol ship, HMS Endurance, following her flooding in late 2008.

Here is a set of 2 Maxim card and private cover on Lighthouses of India. 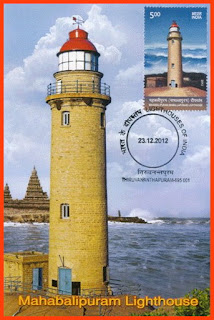 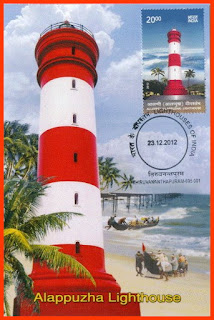 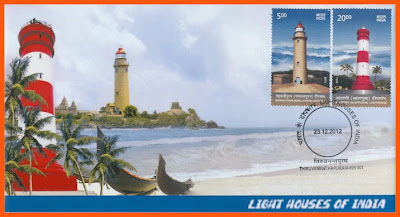