India Post released a stamp on 16th May 2015 on the occasion of the inauguration of the Postal ATM at Patna.

A special cover was released on the occasion of Tercentenary celebration of St.George's Anglo-Indian Hr.Sec. School and Orphanage at Chennai on 23rd April 2015. 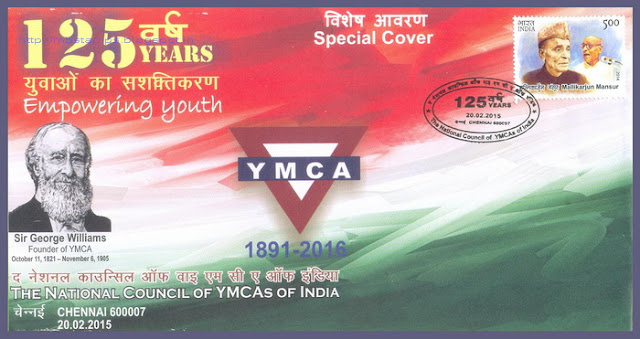 A special cover was released on 17th February 2015 at Chennai on ICT Academy of Tamil Nadu. 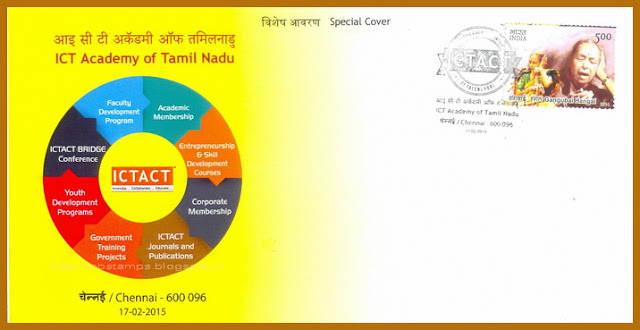 A special cover was released to mark golden jubilee of St. John's English Higher Secondary School, Kunnamkulam by Shri K. P. Sureshkumar, Supdt. of Posts, Thrissur  and the Principal of the School, Fr. Pathrose on 24th July 2015 during Kunnamkulampex 2015  which was organised by Kunnamkulam Philatelic Club and Trichur Philatelic club jointly. 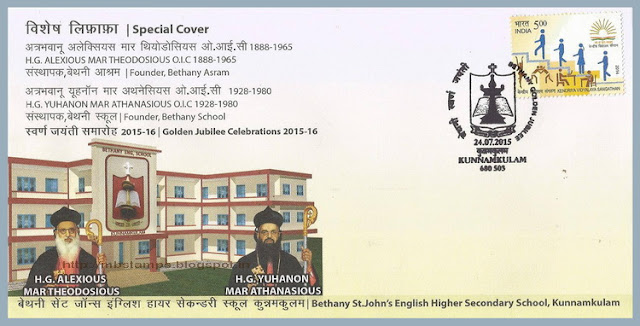 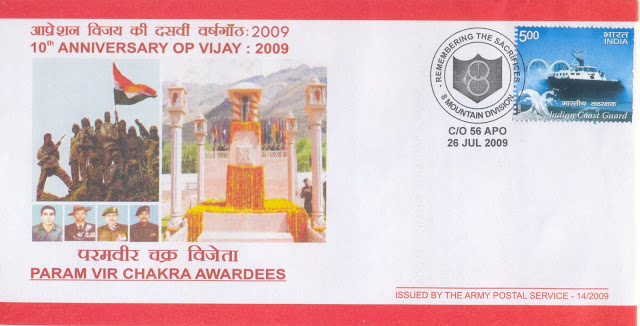 Sara Jadid from Lebanon has won the UPU’s International Letter-Writing Competition 2015 with her letter on the world she wishes to grow up in. She impressed an international jury with a heartfelt plea for a world without war. 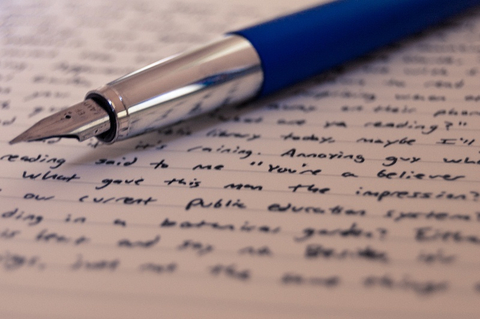 For further reading: UPU
Posted by Mansoor.B at 9:00 AM 0 comments

A souvenir sheet was released by the Russia post to commemorate 70 Years of Victory in the Great Patriotic War of 1941-1945 on 5th May 2015. 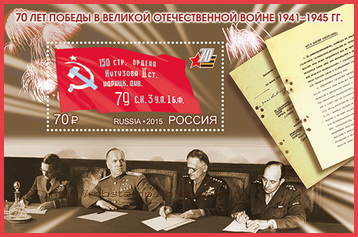 The stamp depicts the Victory Banner and logo "70 Years of Victory in the Great Patriotic War of 1941-1945." and the image outside shows Air Chief Marshal Sir Britain A. Tedder, Marshal GK Beetles, Colonel-General K. Spaatz US Army and the Commander of the French Army, General Lattre de Tassigny in the signing of the unconditional surrender of Germany's armed forces. 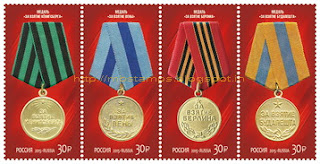 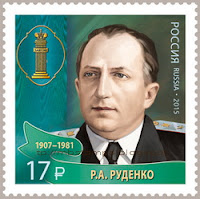 Under the Series "Outstanding Lawyers of Russia." Russia Post released as stamp on RA Rudenko (1907-1981) on 28th April 2015.The stamp depicts a portrait of RA Rudenko and the pillar of the law.

India Post released a stamp on Nabakalebara 2015 on 17th July 2015. It was released by the Minister of State for Petroleum and Natural Gas (Independent Charge), Shri Dharmendra Pradhan at Puri. 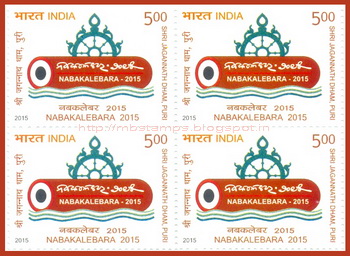 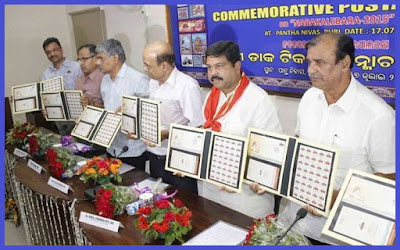 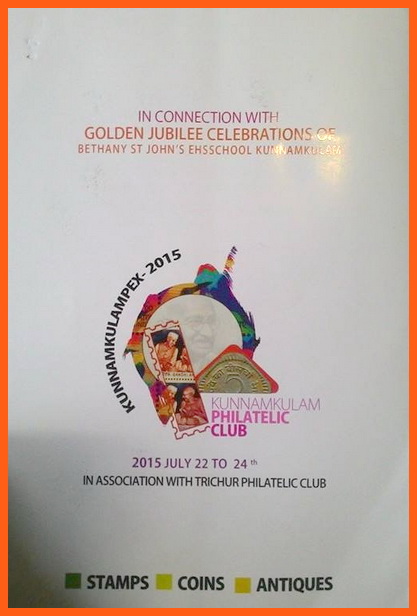 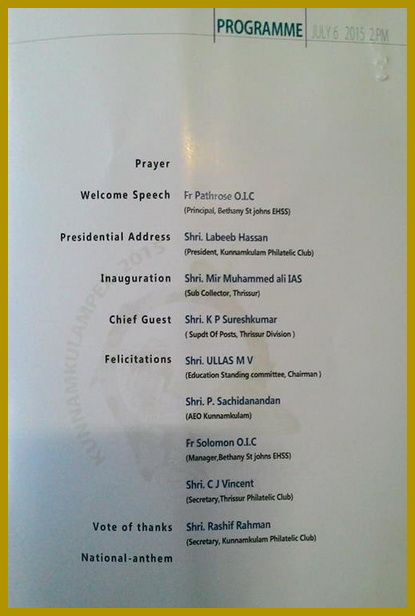 Boats of the Mediterranean - Tonera 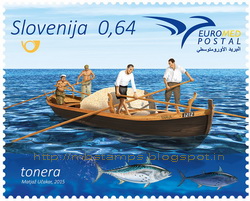 A special stamp was released by Slovenian Post on 14th July. This is a joint issue by the postal operators who are members of the Euromed Postal Union. The theme is boats of the Mediterranean. Slovenia’s stamp features a wooden fishing boat called “tonera”, powered by oars, used to catch tuna.

Kandakurthi is the entry point of river Godavari in Telengana state. This Triveni Sangam is the confluence of rivers Godavari, Haridra and Manjeera. 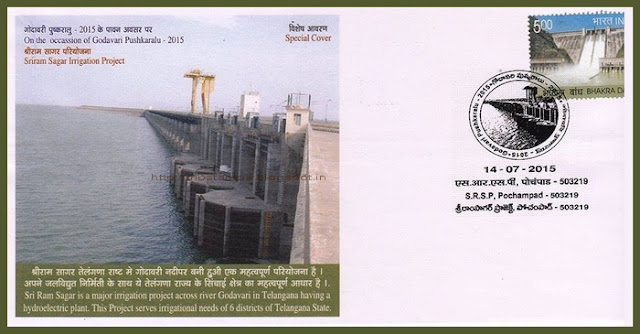 Sri Ram Sagar is a major irrigation project across river Godavari in Telengana having a hydroelectric plant. The Project serves irrigational needs of 6 districts of Telangana State.

Meghdoot Cards on Godavari Pushkaralu in Hindi and Telugu 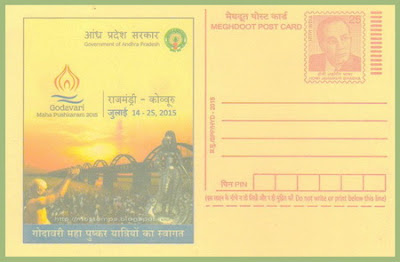 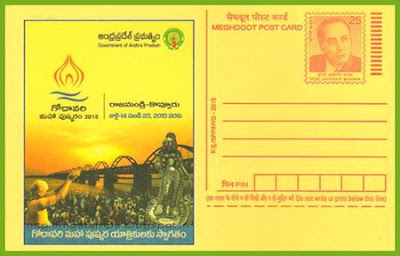 Denmark post released a set of 4 stamps on 13th June 2015 on the Danish training ships, which play an important role for young people wanting a maritime education or a thorough introduction to life at sea.

The four stamps depict the training ship KoBENHAVN, which disappeared in 1928, the two current training ships DANMARK and GEORG STAGE, while the last stamp depicts FULTON, which is primarily used for school trips for primary and lower secondary school pupils, continuation school etc. 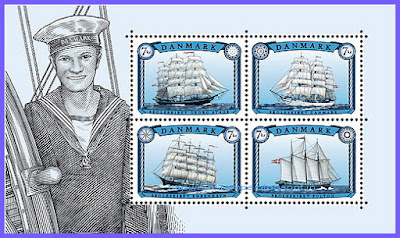 KOBENHAVN: The five-masted bark KOBENHAVN was built for the East Asiatic Company. When launched in 1921, the ship was one of the largest sailing vessels in the world. In De- cember 1928, she left Buenos Aires bound for Adelaide, where she was expected about two months later. However, the ship disappeared without trace on the voyage. Despite an extensive search, no drowned sailors or wreckage were ever found, nor has it ever been established what caused the ship to go down.

DANMARK: After the loss of KOBENHAVN, the training ship DANMARK was built. The new ship was finished in 1932, having been built for the sole purpose of training sailors for the merchant navy.The state-owned ship takes 80 trainees. It is managed by the maritime and polytechnic training centre MARTEC in Frederikshavn in northern Jutland. Since 2010, the language of instruction on board the ship has been English. This strengthens the linguistic skills of the future seamen, while also making it possible for trainees from other countries to do a basic training course on board DANMARK.

GEORG STAGE: The three-masted full-rigged ship GEORG STAGE was built in 1934 to replace an older ship of the same name. The full-rigger belongs to the foundation Stiftelsen Georg Stages Minde, which was set up in 1882 by the shipowner Frederik Stage in memory of his son Georg, who died at an early age.GEORG STAGE houses one of Denmark’s four nautical training colleges and is also the oldest civilian nautical training college in the world. The three-masted full-rigged ship takes 63 trainees. It embarks on a cruise every year in the summer months.

FULTON: The three-masted schooner FULTON was built in 1915 and entered service in the North Atlantic, for example sailing dried cod from Newfoundland to Spain. Since 1970, when the National Museum of Denmark took over the schooner and refurbished it, FULTON has been based in Marstal on the island of Ærø where she was originally built. In the 1970s and 1980s, FULTON was captained for many years by Mogens Frohn, who devoted much of his life to a project aimed at giving disadvantaged youth the opportunity to have a fresh start in life. Today, the Fulton Foundation runs the schooner, which is primarily used for school trips for primary and lower secondary school pupils, continuation school students etc. 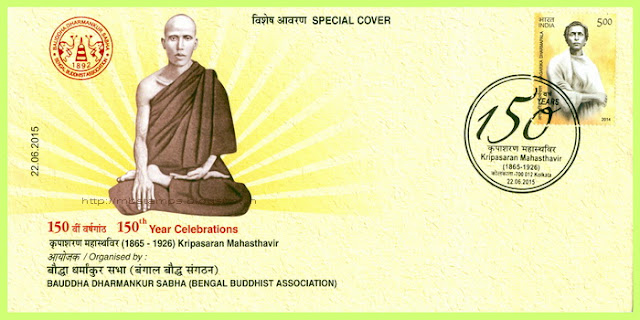 Kripasaran Mahasthavir was the founder of Buddha Dharmankur Sabha  ( Bengal Buddist Association - 1892) and Jagajjyoti (1908) and revivalist of Buddhism in modern India.

175 years of the first postage stamp 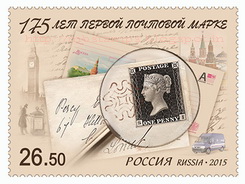 A special cover was released on 27th June 2015 to celebrate World No Tobacco Day.

Kidwai Memorial Institute of Oncology (KMIO) is named after the man with a vision for cancer,  Rafi Ahmed Kidwai, who donated 20 acres of land. Established in 1973, the Centre was accorded autonomous status in 1980. KMIO is observing "WORLD NO TOBACCO DAY" at Tumakuru, Karnataka to spread awareness about the ill- effects of tobacco among youth. To commemorate this event, a special cover is being released.

A special cover was released on the Golden Jubilee celebrations of Kodagu District Chamber of Commerce & Industry (R), Madikeri on 23rd June, 2015.

Kodagu District Chamber of Commerce & Industry (R), Madikeri, an institution of caliber and strength, Chamber has been the force behind the unity of the Trading community. Baring all caste, creed and religion, the chamber works on the principles of Vyapari Dharma.

Russia Post released a stamp on Accounts Chamber of Russia on 17th April 2015, a full member of the budget process, which has sufficient powers for the effective control of public finances and property. The stamp shows the emblem of the building and the Audit Chamber of the Russian Federation. A special cover was released on Rotary Bangalore Down Town on 27th June 2015. 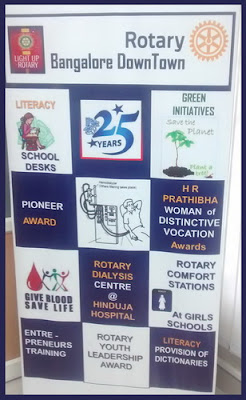 Rotary Bangalore Down Town Dialysis Centre, first of its kind in the city, at first, was set up as an outpatient facility, for the benefit of the needy patients. Subsequently, it was shifted to PD Hinduja Sindhi Hospital. Now state of art quality dialysis provided to needy patients, both free and subsidised cost through contributions from both Rotarians and non-Rotarians. Since 2004 the Rotary Dialysis Centre as carried out over 52,000 dialysis.

Russia Post released a stamp on the State Program of Development of Voluntary Donor-ship Blood Service on 16th April 2015. 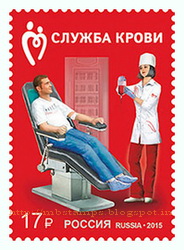 The stamp depicts the procedure of blood donation and the logo of the State program of development of voluntary donation "blood service".