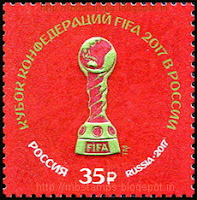 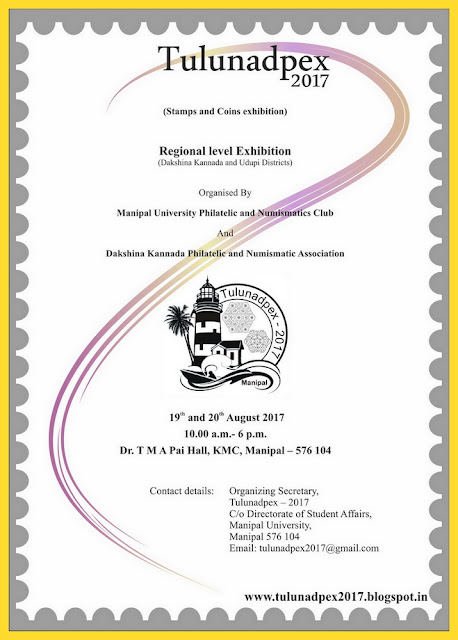 A special cover was released by the Rotary Club of Madras in chennai on 21st June 2017 to celebrate International Yoga Day.

The 100th Anniversary of the Great Russian Revolution

Russia Post released a miniature sheet on 2nd March 2017 to celebrate 100th Anniversary of the Great Russian Revolution depicting the main events of 1917, from the February Revolution and abdication of Emperor Nicholas II to the convening of the Constituent Assembly. 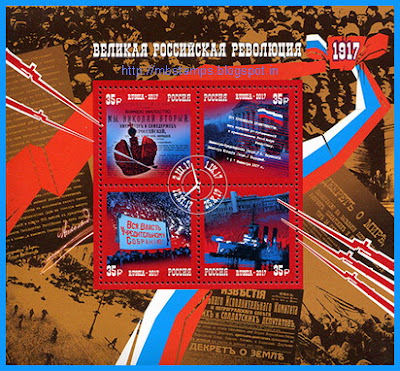 A special cover was released on 8th May 2017 at Jaipur to celebrate World Red Cross Day.

A Special cover was released on 27th May 2017 on C.S.I Christ church at Kodukulanji.Kerala. 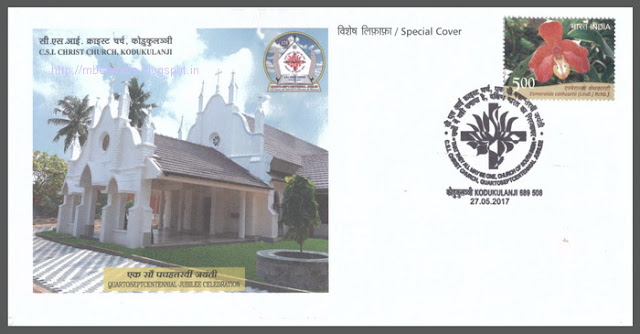 A special cover was released on 1st July 2017 at Domlur on the occasion of introduction of Goods and Services Tax. The introduction of Goods and Services Tax (GST) is a very significant step in the field of indirect tax reforms in India. By amalgamating a large number of Central and State taxes into a single tax, it mitigates cascading or double taxation in a major way and pave the way for a common national market. 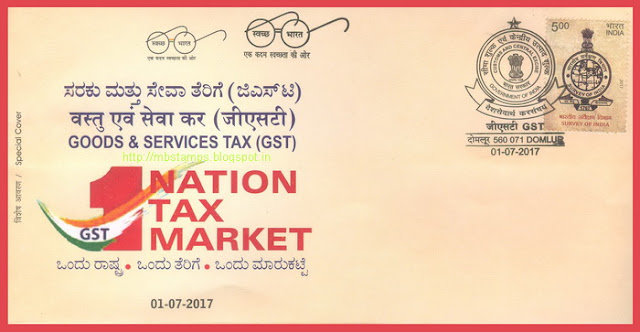 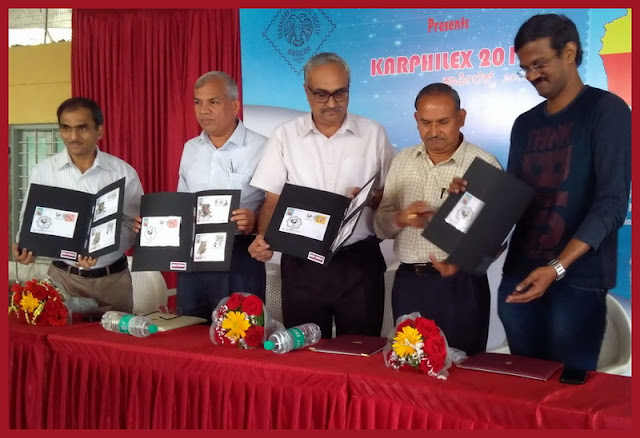 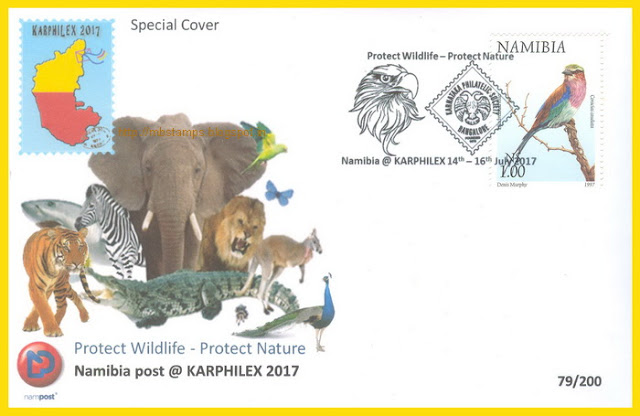 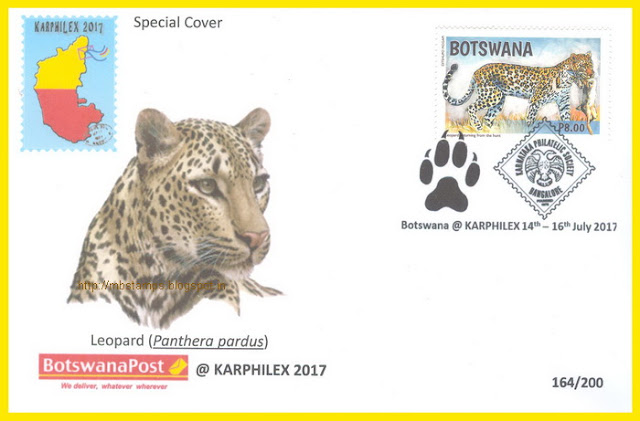 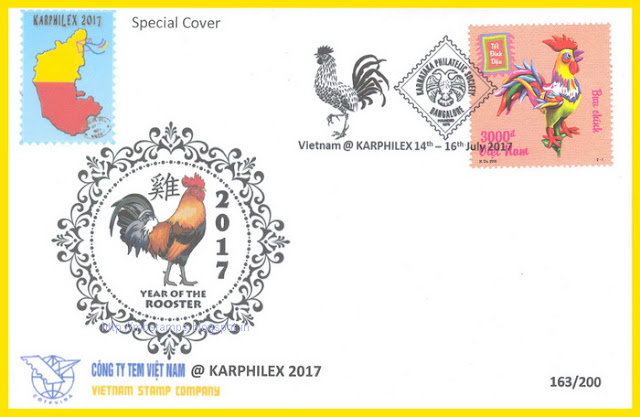 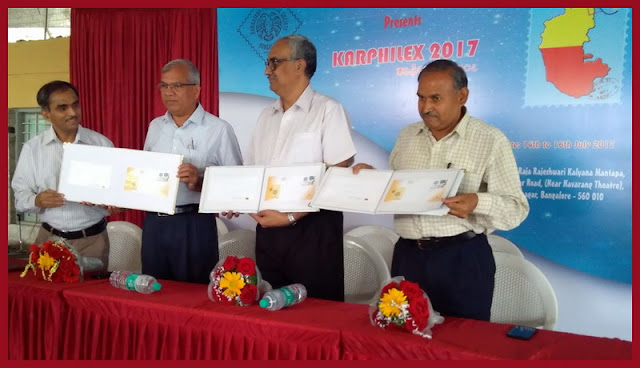 A special cover on Raksha Bandhan was also released on the occasion. It is Interesting to note that the cancellation does not have the date mentioned in it. 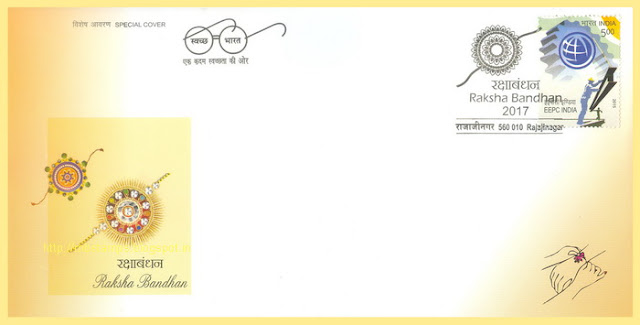 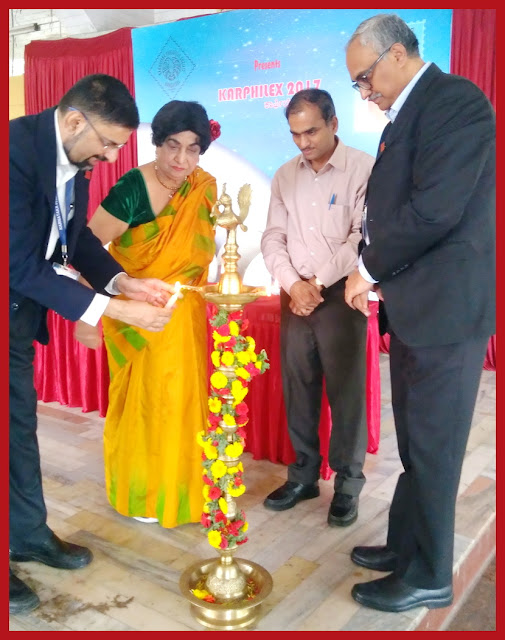 The Exhibition will be open to public from 14th to 16th July 2017 at Sri Raja Rajeshwari Kalyana Mantap, Dr. Rajkumar Road, Rajajinagar, Bangalore. 2 special covers were released on the first day or the Exhibition. 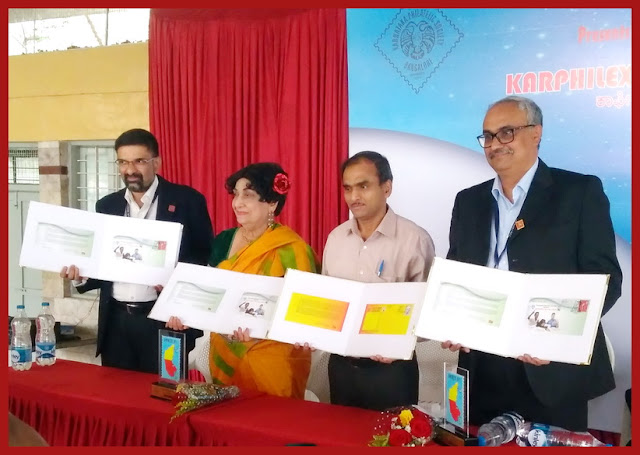 2 special covers on "Learn Kannada Speak Kannada" and "Karnataka's Sporting Legends" were released on the occasion. 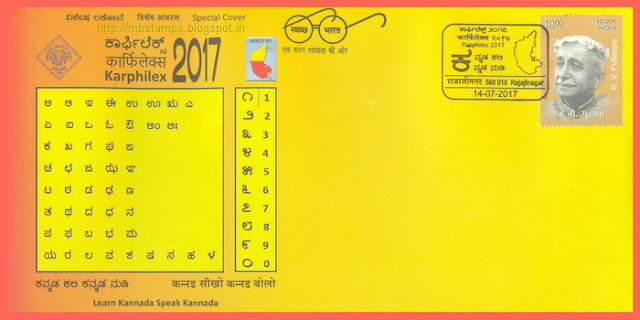 Kannada is one of the ancient languages of India. It is a prominent Dravidian language. In 2008 the Government of India awarded Kannada, the status of classical language. Kannada is a verbal language of 49 letters that are divided into vowels, consonants and yogavahas (neither vowel nor consonant). Kannada letters and digits originate from the Brahmi script of Ashoka period. The phases in evolution of Kannada script can be observed from the period of Badami Chalukyas, Rashtrakutas, Kalyani Chalakyas, Hoysalas, Vijayanagar Empire until the period of Mysore kings. Until recently Halmidi inscription (450-500 AD) was considered as the oldest inscription of Kannada, but recently the Archaeological Survey of India has found an inscription older than Halmidi at Talugunda, near Shiralakoppa in Shikaripura taluk of Shimoga District, Karnataka dating back to 370-450AD. After a number of studies, the Department has declared these findings as the earliest Kannada inscription. These new findings have further enhanced the eminence of Kannada. 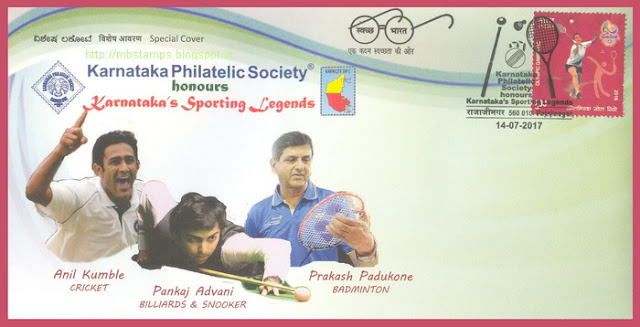 He won his first national senior championship in 1971 as a 16 year old become youngest player to achieve this feat. Thereafter he set a record of nine national titles in a row. He achieved his first major international title in 1978 when he won the men’s singles gold medal at the 1978 Commonwealth Games in Edmonton, Canada. In 1980 he went on to win both the Danish Open and the Swedish Open. His biggest career achievement happened in 1980 when he won the men's singles title at the All England Championship. He won the first Alba World Cup in October 1981 at Kuala Lumpur. In the Hong Kong Open. After an illustrious playing career he retired in 1991.

No bowler in history won India more Test matches than Anil Kumble. He played 132 Test matches for India collecting 619 wickets. He also played 271 ODls taking 337 wickets, in the process becoming the highest wicket taker for India in both formats. After having played for 18 years, he announced his retirement from international cricket in November 2008. He holds the World Record for getting all 10 wickets in a single innings of a Test match against Pakistan at Ferozshah Kotla Delhi in 1999 (10 wkts for 74 runs). He is only the second one in history to do this after Jim Laker. He also has captained the Indian Cricket team and also served as the Head Coach. He was awarded theArjuna award in 1995 and the Padmashri in 2005.

At the tender age of 18, Pankaj won his first World Title. He is the only person in history to have won both the billiards and snooker IBSF World Titles as well as the World Professional Billiards Championship. He was the first person ever to win a "Grand Double" (both the points and time formats in the same year) in 2005. Pankaj repeated the same feat at the 2008 World Championships. In 2014 he created a world record by winning the Grand Double for the third time. A gist of his achievements: World Billiards Champion (Points Format) 4 times, World Billiards Champion (Time Format) 7 Times, IBSF World Snooker Champion Twice, IBSF World Six-Red Snooker Champion Twice. He is also 26 time Asian Billiards Champion, and won 29 Junior and Senior National titles. He was awarded the Arjuna Award in 2004, the Rajiv GandhiAward in 2004, the Rajiv Gandhi Khel Ratna Award in 2006 and the Padmashri in 2009.

India Post has invited applications for All India Letter writing Competition which is open for all age groups. 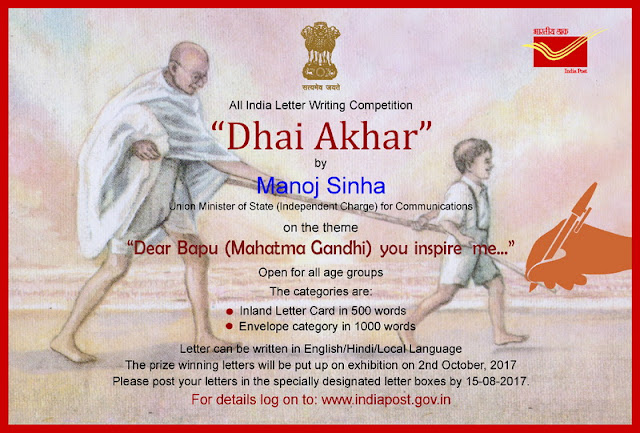 Say No to Tobacco

A Special Postal cover on the theme of 'Say No to Tobacco' was released by Shri Rajendra Kumar, Postmaster General, South Karnataka Region at Bengaluru GPO on 10th July 2017. Dr.P.L.Nataraj, Director, Health and Family welfare, Govt. of Karnataka was the Chief Guest. Dr.Prabhakar, Joint Director (Medical), Dr.Saroja, Project Director, Dr.Sevaraj, Dy.Director were among the dignitaries. 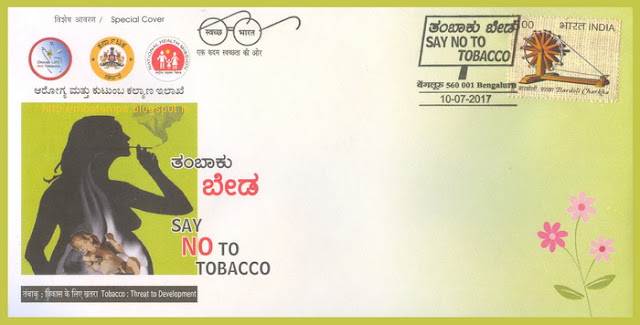 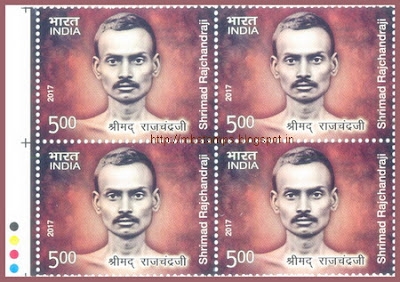 A special cover was released to celebrate 135th Birth Anniversary of  Shantalingappa Patil Nimbal at Nimbal on 12th June 2017. Shantalingappa Patil Nimbal is the first artist of Hyderabad Karnataka region to complete his education at Sir J J School of Art, Mumbai. He is well known for his Portrait Paintings. His Paintings can be found in the old Hyderabad region, especially in Bidar, Raichur & Kalaburagi. The cover has a painting by him.

A se-tenent stamp on Banaras Hindu University was issued on 28th June 2017. 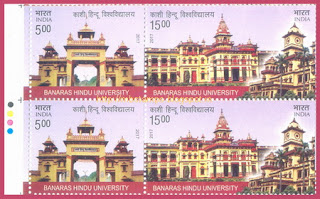 A stamp was released to celebrate the 50th year of Passports Act on 23rd June 2017. 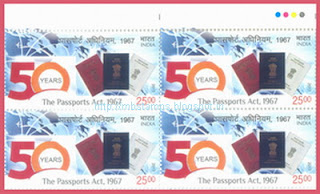 India Post has invited entries for Independence Day 2017 - Photography Competition on the theme "Beautiful India" The last date for the entry to reach ADG Philately is 25th July 2017. 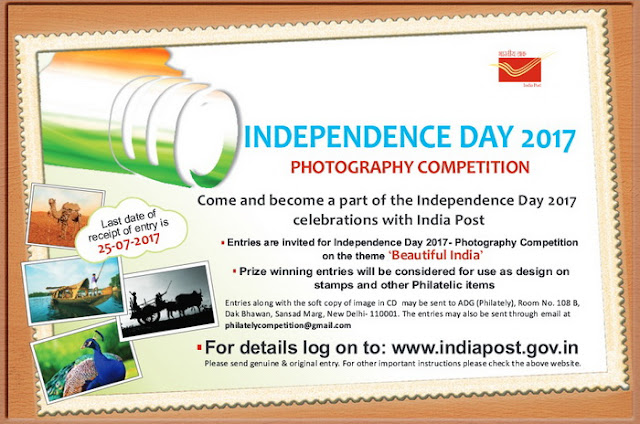 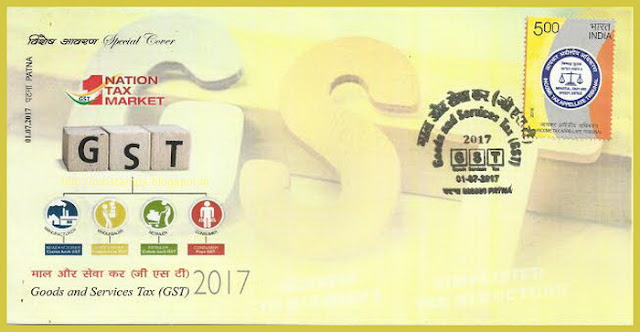