Russia Post released a stamp on 3rd March 2020 on the 200th anniversary of Friedrich Engels. 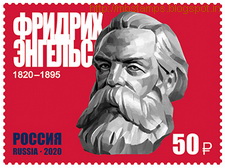 Friedrich Engels (1820–1895) was a German political figure, philosopher, historian, business person, one of the founders of Marxism and scientific communism, a friend and associate of Karl Marx as well as a co-author and editor of his writings.
Posted by Mansoor Bolar at 2:30 PM 0 comments

A special cover was released on 28th January 2020 at Chennai the on the occasion of Centenary Celebration of the Indian Red Cross Society¬Tamil Nadu Branch.

The Mission of the Indian Red Cross Society is to inspire, encourage and initiate at all times all forms of humanitarian activities so that human suffering can be minimized and even prevented and thus contribute to creating more congenial climate for peace.Indian Red Cross Society Tamil Nadu Branch is celebrating its Centenary (1920-2020) in India.
Cover Code: TN/05/2020
Courtesy: Suresh Rao, Bengaluru.
Posted by Mansoor Bolar at 2:56 PM 0 comments

Art of Living with Covid 19

A special cover was released on 20th June 2020 at Ahmedabad on the Art of Living with Covid 19. 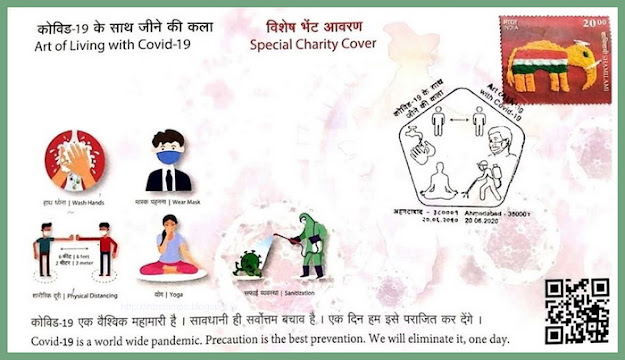 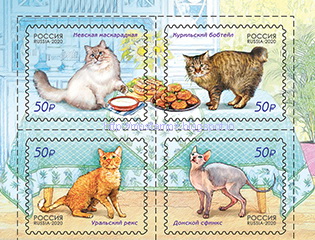 Cats are among the most popular pets. They enjoy independence, perceive the world around them by intuition and like to show character. They manifest their mood, demands, and requests through habits and behavior.
Posted by Mansoor Bolar at 10:30 AM 0 comments

Russia Post issued a set of 2 stamp on 27th February 2020 on the 200th Anniversary of Celebrated Historians of Russia.

A special cover was released on 16th  June 2020 to create awareness about Covid 19 at Thiruvnanthapuram.

Uniforms of officers of the investigative agencies of Russia

Russia Post issued a set of 4 stamp on 21st February 2020 on the Uniforms of officers of the investigative agencies of Russia. 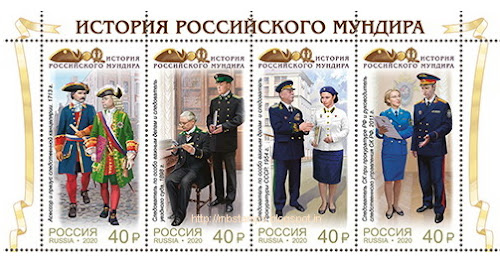 A special cover was released on 17th June 2020 at Bengaluru to celebrate the opening of 1000 India Post ATM. 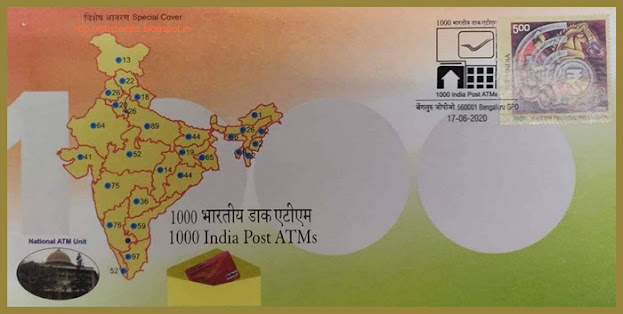 National Awards of the Russian Federation.

Russia Post issued a set of 4 stamp on 12th February 2020 with images of the Medals of Zhukov, Defender of Free Russia, Medals of Nesterov and Pushkin which are the National Awards of Russian Federation.

Russia Post issued a stamp on 11th February 2020 to celebrate 75th Anniversary of the Yalta Conference with an image of The Big Three monument by Z. Tsereteli installed in 2015 in Livadia. 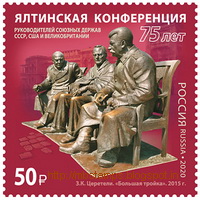 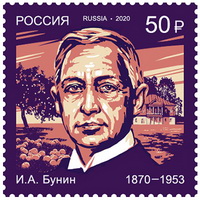 Russia Post issued a stamp on 7th February 2020 to celebrate 150th Anniversary of writer and poet Ivan A. Bunin who is a Nobel Prize winner.The stamp has Bunin’s portrait against a Russian manor house.
Posted by Mansoor Bolar at 11:33 AM 0 comments

Dear Friends and Readers,
It has been a couple of months since I have stopped publishing philatelic news in this blog.Reason was partly because of problems with my PC and to add, the Pandemic and the lock down which followed. There have been not much activities in the Philatelic circles in India, any stamps/cover release from India Post too. Hope to be back soon. Till then enjoy my earlier Posts.
Thanks.
Stay Safe and enjoy your hobby.
Posted by Mansoor Bolar at 9:30 AM 0 comments