A special cover was released on 28th March 2014 to celebrate the Golden Jubilee of Carmel College, Nuvem, Goa. 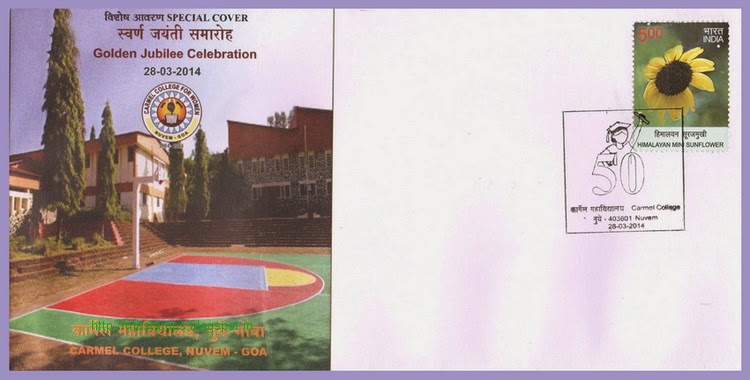 A special cover was released to celebrate the Bharat Ratna to Professor C.N.R Rao on 28th March 2014 at Bangalore. Prof. C.N.R.Rao is one of the India's most renowned scientists and is known for his work in solid state and structural chemistry and has contributed immensely to the field. He is the honorary President of Bangalore's Jawaharlal Nehru centre of Advanced Scientific Research which he founded in 1989.

A Special Cover was issued on Attukal Bhagavathy Temple at Apex 2014 held at Thiruvananthapuram from 28th February to 2nd March 2014. 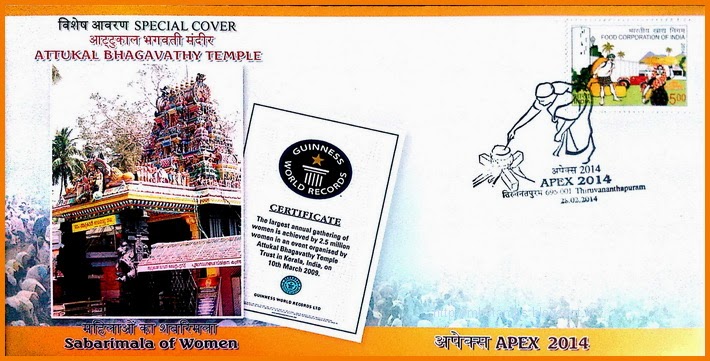 Attukal Bhagavathy Temple is situated in Thiruvananthapuram, the capital city of Kerala State. This Temple is noted for its "Pongala Festival" which draws nearly 2.5 million pilgrims, mostly women from all over India and abroad. This temple has occupied a place in the Guinness Book of World Records in the year 1997 and 2009 for the largest congragaion of women in the world. 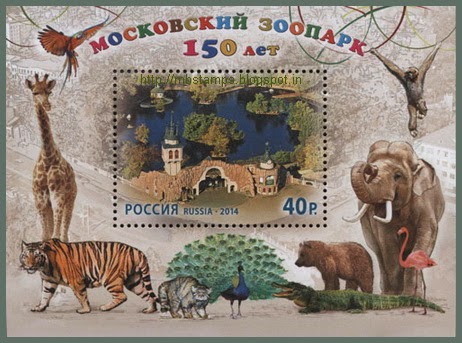 Russia Post issued a souvenir sheet to celebrate 150 years of Moscow Zoo on 13th February 2014.The stamp depicts the main entrance of the zoo and the sheet shows some birds and animals of the zoo, which has more than 8000 animals now.

A special cover was release to commemorate 80 years of Kannada Cinema on 3rd March 2014. The cover depicts a scene from the First Talki Cinema 'Sati Sulochana" which was released on 3rd March 1934. 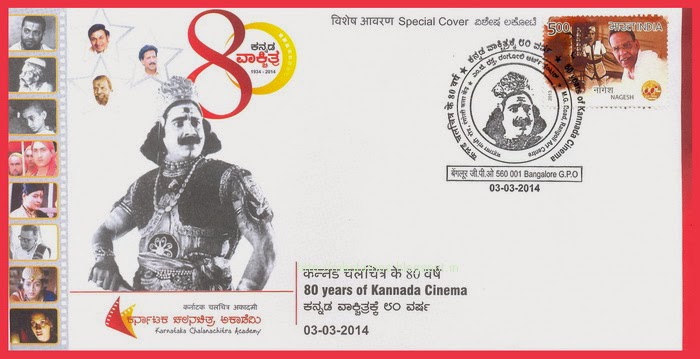 A special cover was released to commemorate 80th All India Kannada Sahitya Sammelana at Madikeri on 7th January 2014. The logo depits Talacauvery and Tourist attractions in the back drop of the Karnataka map.

A new Philatelic Bureau was inaugurated at Aurangabad in Maharashtra on 1st March 2014. 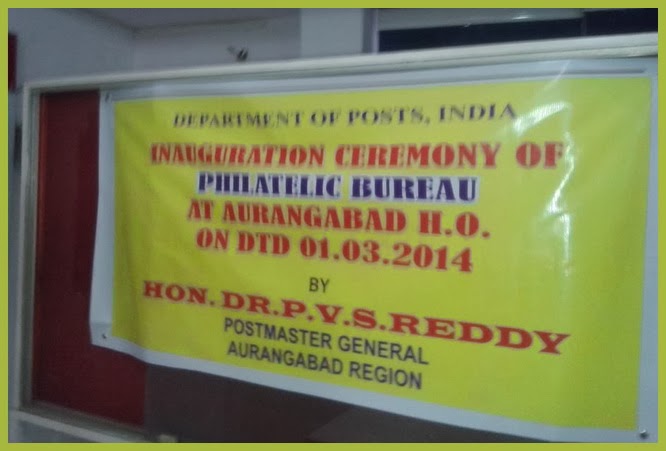 The Postmaster General of Aurangabad Region Dr.P.V.S.Reddy released the special cover to commemorate the inauguration of Auranagabd Philatelic Bureau. 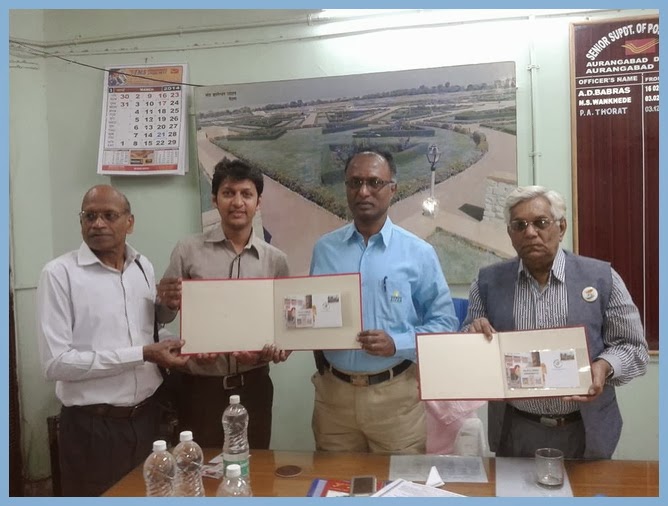 The design of special cover composes the front view of Aurangabad H.O. building along with a cartoon sketch of boy & girl holding the banner of Aurangabad Philatelic Bureau with some stamps on it. The cancellation design is of the logo of Indian Philately - The Swan bird. 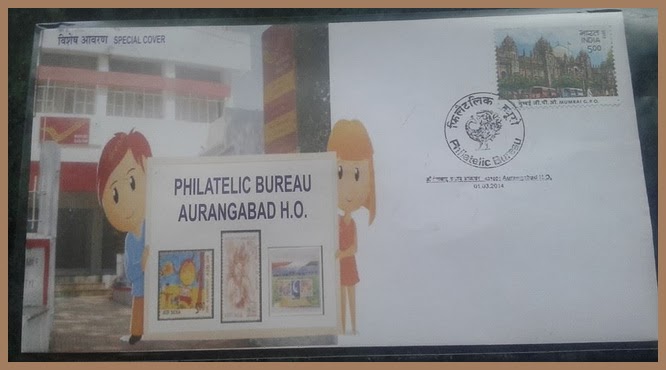 There will be a special cover release on 03.03.2014 at 11.00 hrs on the occasion of 80 years of Kannada Cinema. The venue is "VISMAYA" auditorium at Rangoli Metro Art Center, MG Road Metro Station Boulevard, Bangalore. 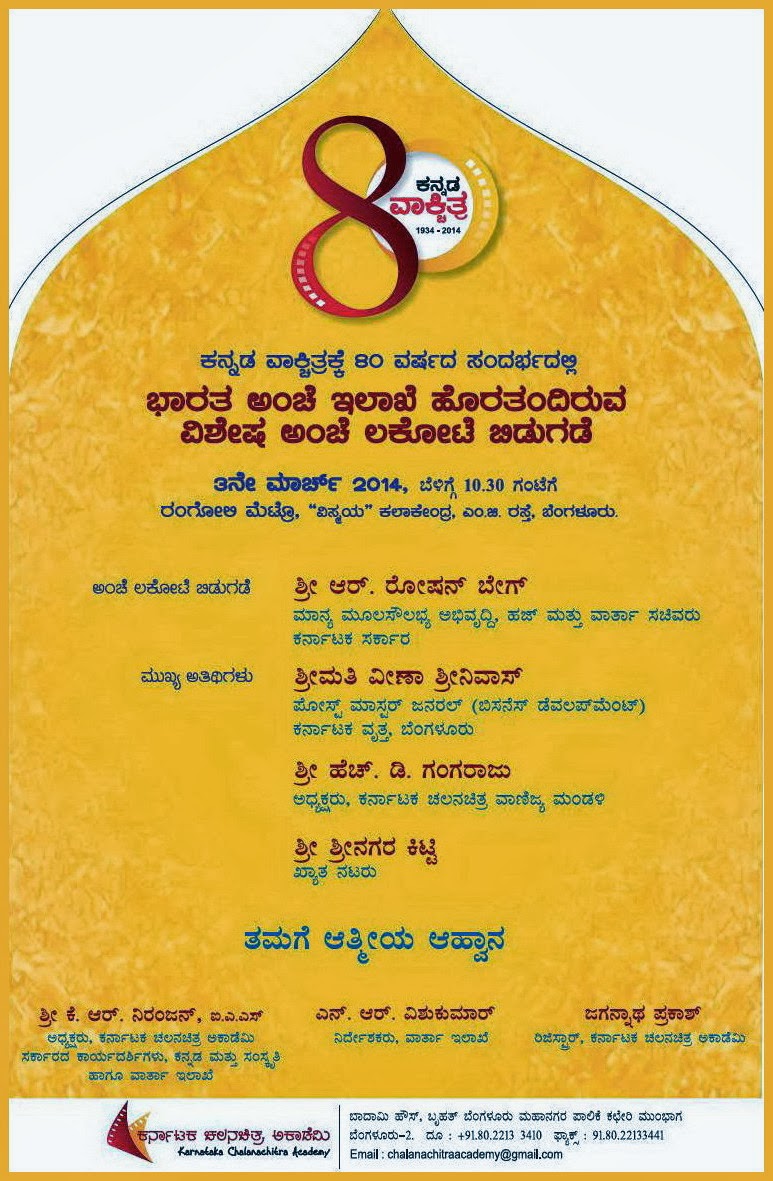 Also, prize distribution for the winners of Bangalore Region Design a Stamp contest has been organized at Meghdoot Auditorium, Bangalore GPO, Bangalore - 560 001. on 04.03.2014 at 4 P.M