A special cover was released on 20th March 2016 at Lucknow to celebrate World Sparrow Day. 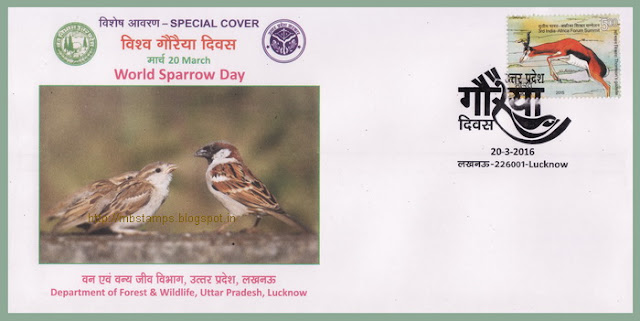 A commemorative stamp on a well known Gujarati Novelist, Govardhanram Tripathi was released on 27th April 2016. 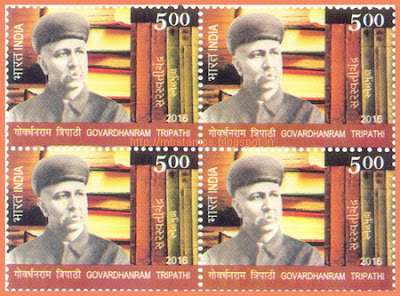 A imperf. souvenir sheet on traditional boats of Bangladesh was released on 16th December 2015 of 100 Tk. A special cover on Jainism theme has was released at New Delhi on 26th April 2016 on the occasion of 10th Installetion Ceremony of 'Ahimsa Ball' . This beautiful granite ball weighting around 1.5 tonnes with a diameter of 90 cm was installed at Shri Parshva Padmavati Jinalaya at Mahabalipuram Tirth, Maharauli, New Delhi by the renowned family of Late Harakh Chand Ji Nahata and inaugurated by then Chief Minister of Delhi Shri Saheb Singh Verma on 26th April 2006. 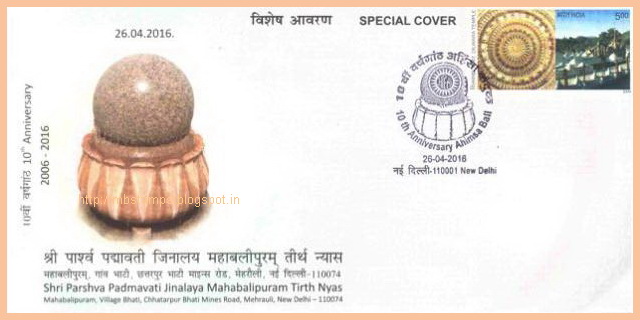 10th Anniversary of this Ball was celebrated on 26th April 2016 at the campus of Shri Parshva Padmavati Jinalaya and this cover was released. India Post provided special cancellation on this occasion. Senior Jainism Philately Group member Shri Lalit Kumar Nahata was instrumental in release of this beautiful special cover. A multicolored information folder has also been issued on this occasion. 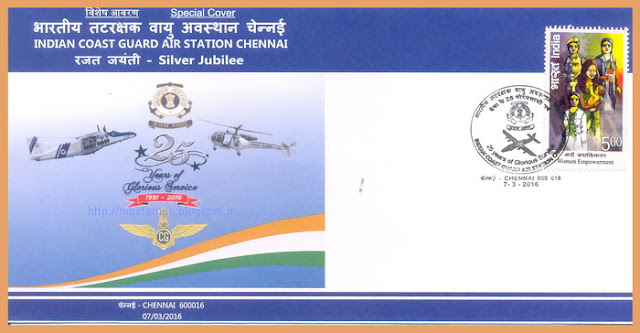 Indian Coast Guard Air Station Madras was commissioned on 26 April 1991 at Chennai, ICGAS, Chennai has been instrumental in Maritime Surveillance, Search and Resque, Medical Evacuation, Pollution Response, Disaster Relief operations, Anti poaching, Anti smuggling and coastal Surveillance. The unit has successfully flown more than 50000 Hours and has been involved in saving more than 2000 lives. This special cover is released to mark 25 glorious years of yeoman service by ICGAS Chennai/ 744 SQN (CG) to the nation.

A special cover was released to commemorate 100 years of College Square Swimming Club on 17th March 2016 at Kolkata, which is considered as a pioneer of aquatics in India. 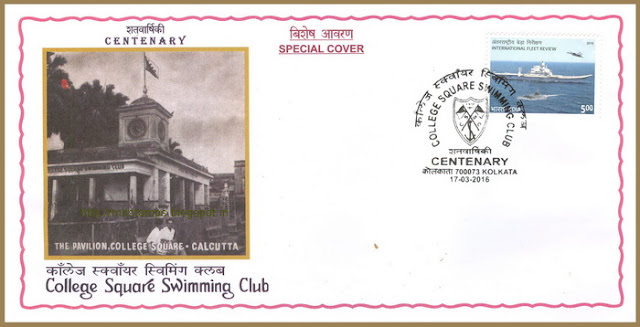 Accession of the Russian Federation Council of Europe

Russia Post released a stamp of the Russian Federation Council of Europe on 26th February 2016.

A commemorative stamp of Fire Services of India was released by India Post on 14th April 2016. 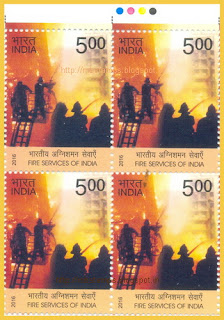 A special cover was released on 13th April 2016  at the premises of Mangaluru Collectorate Post Office, District Commissioner's Office Complex , Mangaluru, to commemorate 20 years journey of  Pilikula Nisargadhama. It is dedicated to promote eco-tourism and creation of awareness about our environment and traditional cultural practices. 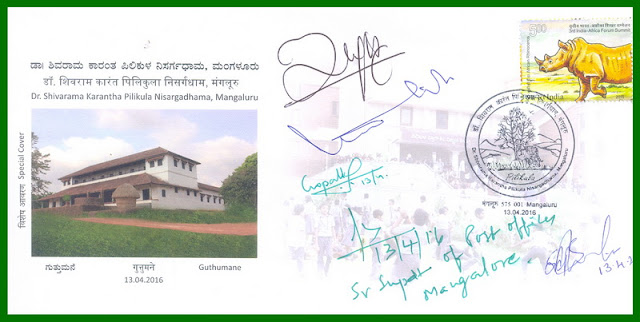 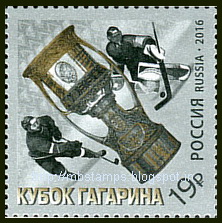 State Awards of the Russian Federation

Russia Post released a set of 18 stamp on 19th February 2016 depicting the State Awards of the Russian Federation.

State awards of the Russian Federation are the highest form of recognition of outstanding services delivered by citizens in the defense of the Fatherland, as well as in state-building; achievements in economy, science, culture, art, pedagogy, education; protection of health, lives and rights of the citizens; charitable activities and other outstanding services rendered to the state. 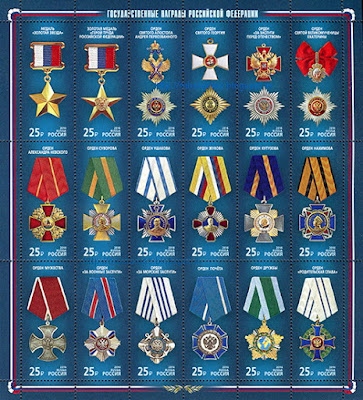 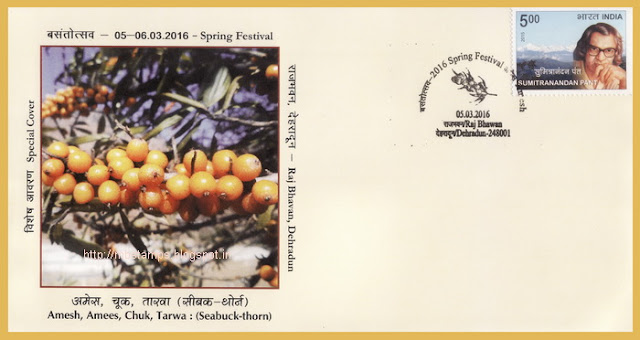 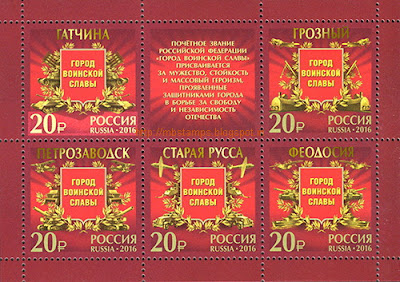 District Level Philatelic Exhibition at Giridih, Two days Stamp Fest was organized by India Post at Giridih, Jharkhand from 15-02-2016 to 16-02-2016.  A set of four special covers were released.

Sir Jagadish Chandra Bose was born on November 30, 1858 at Bikrampur (Now in Bangaldesh).  He studied at local Hare School, St. Xavier’s college, Kolkata and Cambridge University, London.  He was a Physicist, Biologist, Bio-Physical, Botanist, Archeologist as well as a writer of Science fiction.  He became world famous for his invention of Crisco-graph, which showed life and feelings in plants.  Giridih has been his work place, where many experiments have been conducted in ”Shanti Bhawan” which has now been declared as memorial.  There is one locked iron chest here which is said to be of Sir J. C. Bose.  It may contain many of his secrets.  Here he breathed his last on November 23, 1937.

“Cleanliness is Godliness”, Mahatma Gandhi had said “sanitation is more important than independence”. Government of India has launched Swach Bharath Mission on the occasion of 145th Birth Anniversary of Mahatma Gandhi on 02nd October 2014 at Rajghat, New Delhi.  The Govt. has declared to make the country fully clean by 2nd October 2019.  The govt. of Jharkhand has  also decided to give incentive of Rs. 12000/- on construction and utilization of toilets.  A target has been fixed to make Giridih open defecation free by 2019.

The B. N. Saha DAV Public School, Giridih (Jharkahand) was established on 16-04-1988.  It is co-ed School affiliated to Central Board of Secondary Education, New Delhi and imparts quality education to 5000 students from standard I to XII.  The school is run with the inspirations, thoughts and teachings of Maharshi Dayanand Saraswathi which has been helping the students develop a sound moral character and healthy mind along with academic excellence.

Philatelic Seminar and meeting of PCI