A Joint stamp was issued by the Russian Federation - Aland Islands (Finland) for the  150th anniversary of foundation of Mariehamn. 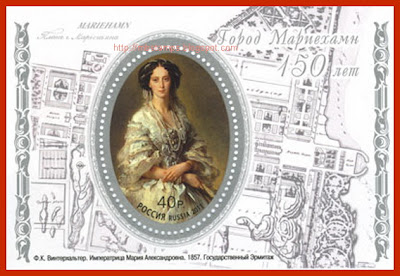 The joint launch of the Russian Federation and the Aland Islands (Finland) is dedicated to the 150 th anniversary of the founding of Mariehamn - the main town of the Aland Islands. It is the smallest of all the Scandinavian capitals, but the third largest port in Finland. The city is the Cabinet and Parliament of Åland. It is home to more than half of the total population of the archipelago.
History of Mariehamn (translated from Swedish - "Mary's Harbour") is connected with the Crimean War, which determined the fate of a demilitarized Åland Islands. After the war, the locals turned to Alexander II on the basis of a petition on the main island port city, which is suggested to name in honor of the Emperor's wife Maria Alexandrovna.Tsar's manifesto of February 4, 1859 permitted the foundation Mariehamn, a certificate signed on Feb. 20, 1861, establishes the status of the city.
On the mail box on a map of Mariehamn is a portrait of Empress Maria Alexandrovna (1857) Brush FK Winterhalter from the Hermitage collection.
Posted by Mansoor Bolar at 2:27 PM 0 comments 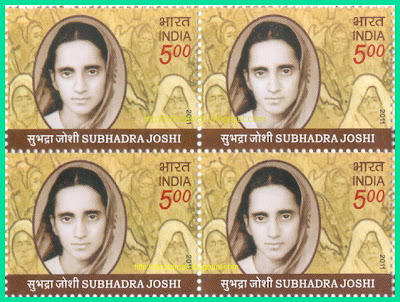 India Post released a stamp on Subhadra Joshi on 23rd March 2011. She was one of the veterans of freedom struggle who dedicated her life to preserving and promoting national integration, communal harmony, social justice for the minorities, weaker sections and the handicapped.
Posted by Mansoor Bolar at 2:07 PM 0 comments

Suspension of Postal Services to Libya

It has been published in the website of India Post that there will be temporary suspension of Postal Services to Libya and delay in deliveries to Japan.

Grays Harbor Lighthouse: It is the tallest lighthouse in the state of Washington, dedicated in 1898, this white octagonal tower and its two oil houses continue to mark the harbor entrance.
Umpqua River Lighthouse: It was dedicated in 1894, the light from its first-order Fresenel lens flashes two white beams and one red.
St. Geroge Reef Lighthouse: It took 10 years to build. The light from this concrete and granite tower warned vessels away from the hazardous reef hidden beneath the surface.
Diamond Head Lighthouse: It stands on the base of a extinct volcano on the Hawaiian Island of Oahu. Today the light from this concrete sentinel leads vessels safely in to the harbor of nearby Honolulu.
Five Finger Lighthouse: Located on a small island south of Juneau, it has guided ships through Alaska's scenic Frederick since 1902. It was automated in 1984.
Posted by Mansoor Bolar at 3:36 PM 0 comments 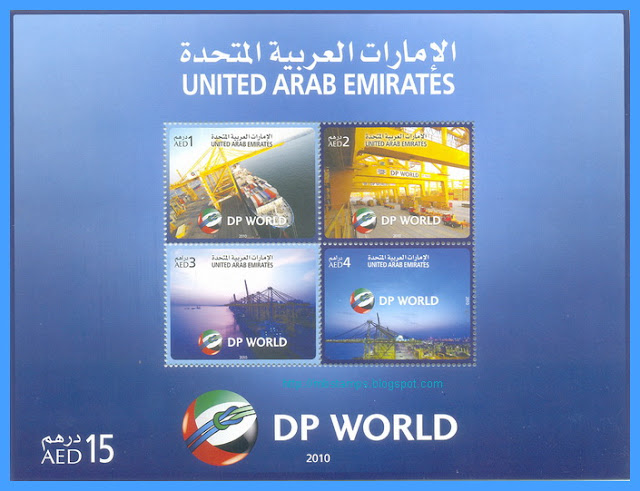 Emirates Post has issued a set of commemorative stamps in denominations of AED 1, 2, 3 and AED 4 along with a Souvenir Sheet to mark the fifth anniversary of the establishment of DP World as a global marine terminal operator on 1st Dec. 2010 which depict dynamic images of container vessels and cranes at DP World’s flagship Jebel Ali Port. DP World was formed in September 2005 with the integration of the terminal operations of the Dubai Ports Authority (DPA), which was focused on the UAE Ports of Rashid and Jebel Ali, and DPI (Dubai Ports International) which had been set up to export this success internationally.
Posted by Mansoor Bolar at 4:52 PM 0 comments

The 100th anniversary of birth of Mstislav Keldysh 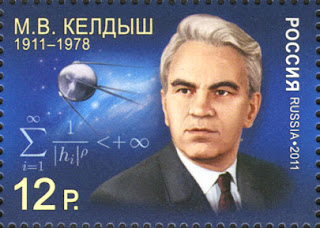 Russia released a stamp of 12 Roubles on 25 Jan 2011 on the 100th anniversary of birth of Mstislav Keldysh (1911-1978). He was a pioneer in the field of mathematics and mechanics, theoretical astronautics. As president of Academy of Sciences, he Played a crucial role in the development of computational mathematics and machine, in the creation of effective methods of calculation applied in nuclear and space technology.He was one of the initiators of the deployment works on space exploration and the creation of space rocket systems, leading to the mid 1950's. development of theoretical assumptions withdrawal of artificial bodies into Earth orbit, and in the future - Flight to the Moon and other planets of the solar system. Also directed the scientific and technical advice on the coordination of research institutes and design to create the first artificial Earth satellite. Made an enormous contribution to the manned flights, in the formulation of scientific problems and studies near-Earth space, the interplanetary medium, the Moon and other planets in the solution of many problems of space flight mechanics and control theory, navigation, and heat transfer.
Posted by Mansoor Bolar at 9:30 AM 0 comments 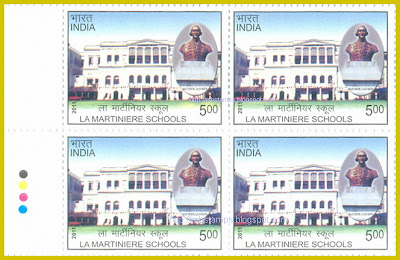 La Martinere School, Kolkota was esstablished in 1836 along with two schools in Lucknow and one in Lyons at France.The education system of La Martiniere is a fusion of global education with strong local roots.The contribution of the schools to society has won accolade and all round appreciation.
Posted by Mansoor Bolar at 11:43 AM 1 comments