Russia Post released a set of 4 stamp on the Flora of Russia on 15th April 2015. 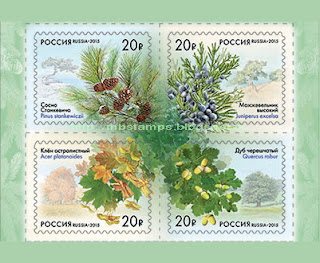 Plants will be used for environmental projects and for the creation of park areas. This was selected from a nation wide poll in Russia in 2014. stamps depicts plants as symbols of Moscow, St. Petersburg, Republic of Crimea, Sevastopol - common oak, Acer platanoides, high juniper, pine Stankevich.

A special cover was released in Srirangam on 22nd June 2015 at the celebrations of Sri Ahobilam Mutt. 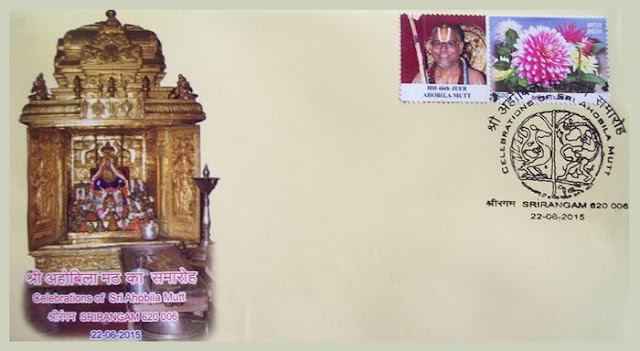 Ahobila Matamin Tiruchi is a Sri Vaishnava religious institution established 600 years ago in a place called Ahobilam by Srimad Athivan Satakopan. He was originally known as Kidambi Srinivasachar.

A special miniature sheet and stamp was released on 21st June 2015 by India Post to celebrate International day of Yoga. 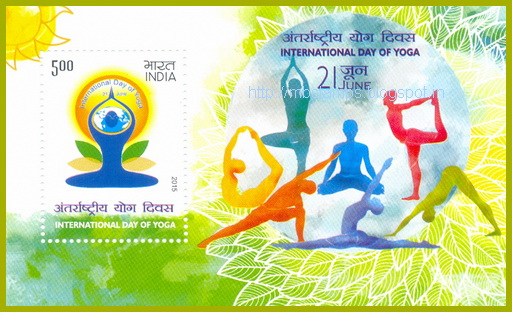 Prime Minister, Shri Narendra Modi released a commemorative stamp and a miniature sheet at the inaugural function of the International Conference on Yoga for Holistic Health held at Vigyan Bhawan, New Delhi. The Minister of State for AYUSH (Independent Charge) and Health & Family Welfare, Shri Shripad Yesso Naik, the Minister of State for Finance, Shri Jayant Sinha, Baba Ramdev, Dr. Veerendra Heggade and other dignitaries were present at the release function.

A special cover was released on 5th June 2015 at Kottayam, Kerala to celebrate the World Environment day. 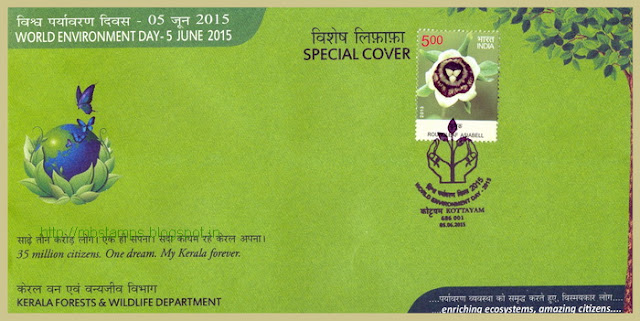 The UNEP theme for World Environment day 2015 is Sustainable Lifestyles. In accordance with the theme Kerala forest and Wildlife Department  will facilitate the transformation of  Citizens as Eco Stewards. The illustrative logo depicts this transformation.

In the month of January 2015, Russia joined the earlier group of Countries, which released Postcrossing stamps. It also  issued a cover with stamps and a beautiful booklet which has a sheetlet of 9 stamps and a cover.

India Post North Karnataka Region (Dharwad) has released a set of 49 Picture postcards  on the theme Birds of the Himalayas to observe the International Biodiversity decade 2011-2020. 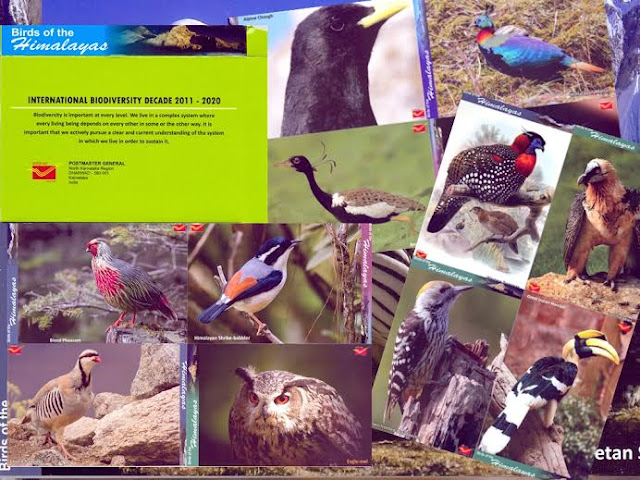 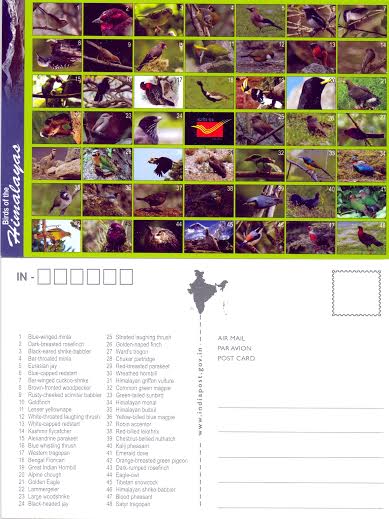 The Himalayas, is a mountain range which separates the Great Indian Plains from the Tibetan Plateau. This range is home to nine of the ten highest peaks on the Earth, including the highest,Mount Everest. The abrupt rise of the Himalayan Mountains from less than 500 meters to more than 8,000 meters in a few hundred kilometers has resulted in a huge diversity of flora and fauna. Nearly 1000 birds have been recorded in the Himalayas of which 15 species are fully endemic.

Available at Philatelic Bureaus and Post Shoppe's in Karnataka.

India Post has released 2 new philatelic booklets  on Mahatma Gandhi and Gautama Buddha. These are available online at ePost and on Snap deal.

50th Anniversary of the first Spacewalk

Russia Post released a commemorative stamp on 10th April 2015 to celebrate the 50th anniversary of the first Spacewalk. On March 18, 1965, Soviet rocket "Soyuz" with double manned spaceship "Voskhod-2" with Pavel Ivanovich Belyayev and Alexei Leonov on board was successfully launched from the Baikonur Cosmodrome. 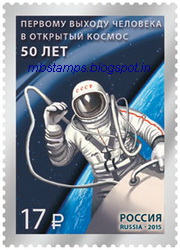 A special Cover was released on 29th May 2015 to celebrate 81 years of Mahatma Gandhiji's visit to kodagu. 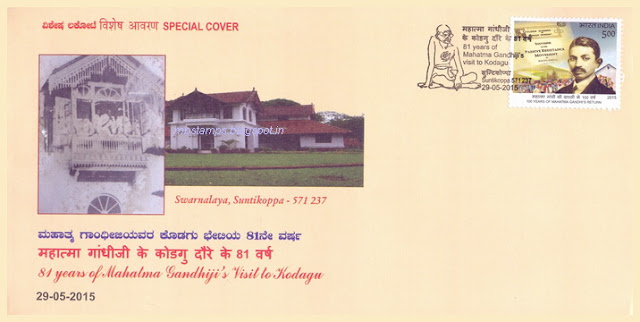 160 years of Railways in Eastern India

A special cover was released on 10th April 2015 to commemorate 160 glorious years of Railways in Eastern India at Kolkata. 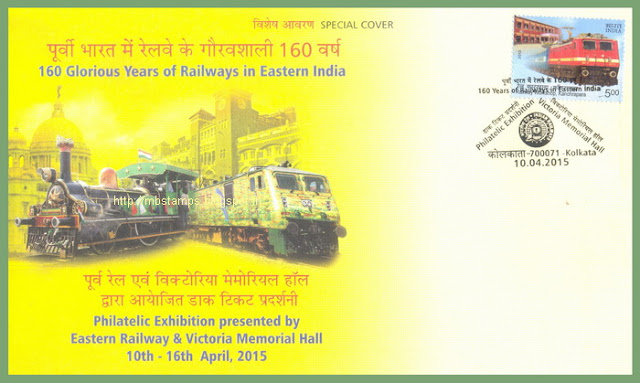 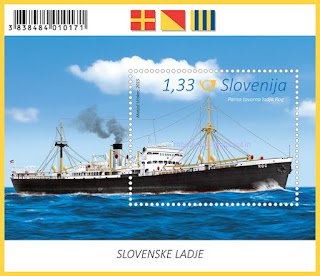 Slovenia Post issued a special stamp/souvenir sheet depicting the cargo steamer Rog, the first Slovene ocean-going vessel on 29th May 2015.  A ship of the Liberty class, mass-produced for convoy transport during the Second World War, it was built in Canada in 1944.