The Royal National Lifeboat Institution (RNLI) founded in 1824 with the Motto "train one save many"is a charity that saves lives at sea around the coasts of the British Isles. The RNLI operates over 230 lifeboat stations around the coasts of Great Britain and Ireland. It also employs lifeguards on beaches. It has its Headquarters at Poole. 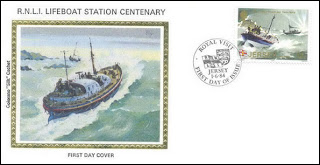 The FDC is issued on 1st june 1984 for its centenary celebrations.The picture of the life boat to the left is on Colorano "Silk" Cachet.

Stamp on Pingali Venkaiah - Designer of our National Flag.

The man who designed the Indian tricolour will finally get his due. India Post will honour Pingali Venkaiah, thedesigner of the national flag, by releasing a postal stamp recognising his services.

Read more here.
Posted by Mansoor Bolar at 11:03 AM 0 comments 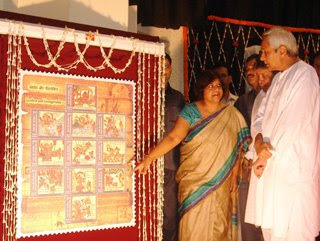 Read about the release function of the stamp on Jayadeva and Gita Govinda. Click Here.
Posted by Mansoor Bolar at 3:42 PM 0 comments

Today a set of 11 stamps and a Miniature sheet on Jayadeva and Geetagovinda was released by India Post. 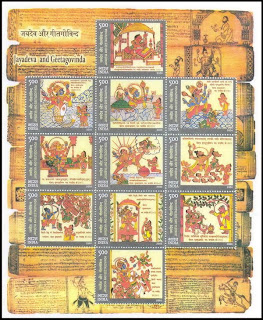 One stamp is on legendary poet Jayadev and the rest 10 are of incarnations of Lord Vishnu known as “Dasavatar” in Hindu scriptures.All the stamps are in the denomination of Rs 5. These 11 stamps form a long a se-tenant strip of about 21 inches in the sheet of stamps and probably the first of its kind.
Posted by Mansoor Bolar at 10:41 AM 0 comments 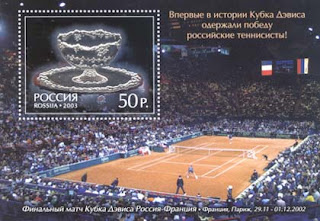 On the occasion of the first visit to Malta of the Cruise liner MSC Splendida on the 15th July 2009, MaltaPost p.l.c.’s Philatelic Bureau is issuing a second set of 4 stamps in the maritime series, entitled “Cruise Liners”. This collection follows the first set which was issued in November 2008. Together with the stamps MaltaPost will also issue a Maximum Card bearing the image of the MS Splendida to compliment this set.

For more information visit: MaltaPost.
Posted by Mansoor Bolar at 11:24 AM 0 comments

Today I present a beautifuk MS of the Joint issue between France and Greenland (2007) sent by Daniel of France. As a spin off of the international polar year, both countries issued a common stamp to pay tribute to famous French explorers who have traveled to Greenland.The French part of this joint issue is a pair of se-tenant stamps celebrating Jean-Baptiste Charcot (1867-1936).
The stamp on the left is a portrait of Charcot. The stamp on the right pictures the Pourquoi-Pas which was his most famous boat.The Top Picture is of the Folder. Jean-Baptiste Charcot is very famous for his expeditions in the Polar regions, including Greenland.On 15 September 1936, Charcot and the "Pourquoi Pas" set sail in stormy waters. Sadly, 44 crew members and Charcot's, lives were taken, but one person survived.
Posted by Mansoor Bolar at 4:10 PM 0 comments 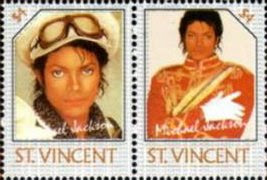 Ever since the tragic death of the Pop legend Michael Jackson, there has been a steady rise in sale of his albums, so has the Philatelic items connected to him, but there is a news that there are a lot of fakes which has been circulated even in popular auction sites, specially stamps and other items of St.Vincent. So Philatelists beware.
Posted by Mansoor Bolar at 2:52 PM 0 comments

has conveyed the following message/updates on STAMPMANIA 2009 to be held at Vadodara, Gujarat.

Once again it gives me a great pleasure to update you about STAMPMANIA 2009 - the First National One Frame Philatelic Exhibition to be held at Vadodara.

India’s One Anna Carmine Isuue of 1911

Plate Flaws of the Postage Stamps of the Czech Republic

Afghanistan – The Development of the Cancellation

The Story of Milk

We are confident that STAMPMANIA would be a memorable event for all of you. We welcome your suggestions to make this event a grand success. 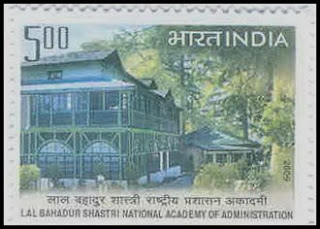 Today a stamp on Lal Bahadur Shastri National Academy of Administration was released.
Posted by Mansoor Bolar at 3:20 PM 0 comments

Port of Elat or Eilat 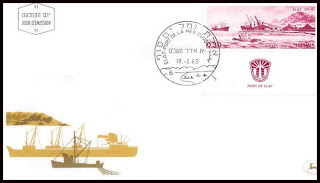 The Port of Eilat is the only Israeli Port on the Red Sea, located at the northern tip of the Gulf of Aqaba. It has significant economic and strategic importance. The Port of Eilat was opened in 1957 and is today mainly used for trading with Far East countries as it allows Israeli shipping to reach the Indian Ocean without having to sail through the Suez Canal.

The Cover bears cancellation of 16th Feb 1969. The stamp is the part of three stamp released in 1969 of Port of Elat, Port of Ashdod and Port of Haifa
Posted by Mansoor Bolar at 2:57 PM 0 comments