A Special Cover is released on2nd October 2019 on  the occasion of the 150th Birth Anniversary of Mahatma Gandhi depicting Mahatma's Gandhi's camp & Shramadan in Hudali Village. 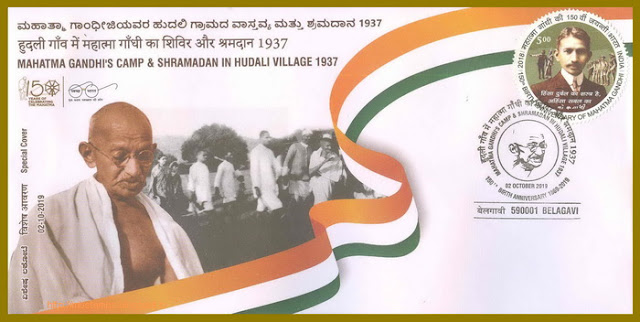 In April 1937, Gandhi Seva Sangha conducted the seven day annual session in Hudali village in Belagavi district. "Kumari Ashram" - is one of the first six Ashram in the Gandhi era of India. During this session, Gandhiji held shramadana every morning and meetings in the afternoon. Gandhiji's great love for labour and his commitment to cleanliness have inspired all Indians to follow his path.

Russia Post released a stamp on the occasion of 100th Anniversary of Arkhangelskoye State Memorial Estate on 30th May 2019 depicting  a characteristic panorama of the Arkhangelskoye state museum-estate and the RCC emblem. 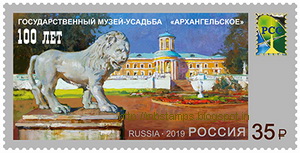 The State Museum-Estate "Arkhangelskoye" is a unique monument of Russian art culture, which is an old architectural and park ensemble and a collection of artworks. Opened May 1, 1919.

A special cover was released on 2nd October 2019 at Bengaluru to celebrate Bapu's 150th Birth Anniversary.

The Karnataka Gandhi Smaraka Nidhi was registered as an autonomous state body for furthering the objective of perpetuating the memory and message of Gandhiji to coming generation.Gandhi Bhavan has housed within its premises various Gandhian constructive institution such as Karnataka Sarvodaya Mandal, the Sarvodaya Sahithya samithi, the Harijan Sevak Sangha.

Wishing you all a very Happy Diwali 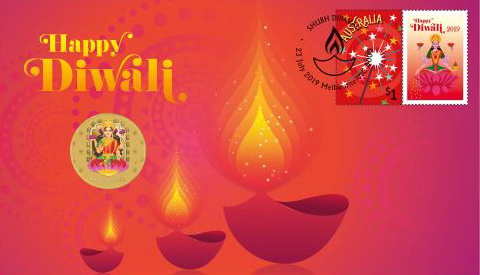 Russia Post released a stamp to celebrate 100 years the museum "Alexandrovskaya Sloboda" on 18th May 2019 depicting a vessel “Owl” (XVII century), a grape cup (XVII century), a cup (XVI century) on the background of the dining room of the XVI century. in the palace buildings of Tsar Ivan IV.

The State Historical, Architectural and Art Museum-Reserve "Alexander Sloboda" was founded in 1919, received federal status only in 1994. It is located on the territory of the Alexander Kremlin, known as the oprichnina residence of Tsar Ivan the Terrible.

A special cover was released on 27th September 2019 to celebrate Bapuji's visit to Mysuru.

Mahatma Gandhi visited Mysuru during 1927 for the first time and stayed at Sheshadri House. He inaugurated K.R.Mills during his first visit to Mysuru.

A special Khadi Artisan carried cover was released on 19th August 2019 during Phil-Fest 2019.The Khadi cloth on this cover is produced by artisans of Khadi Gramodyoga Sangha, Bidar.

A book - Collectors Guide to Special covers on Karnataka - Vol II was released on the occasion of KARNAPEX 2019 which was held at TMA Pai Convention Hall, Mangaluru. 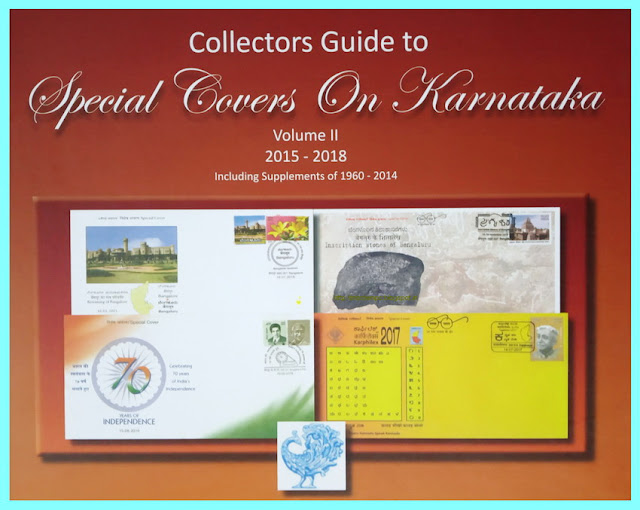 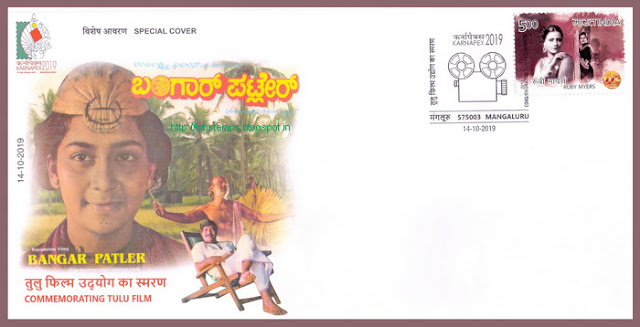 Tulu Film  Industry came into existence with the release of the first Tulu Language  movie "Enna Thangadi" 48 years ago, on 19th February 1971. It was  screened first in Jyothi Theatre, Mangaluru. The movie was produced and  directed by S. R. Rajan through Dolly Films. "Bangar Patler" is the  first cinemascope movie which won the National award. 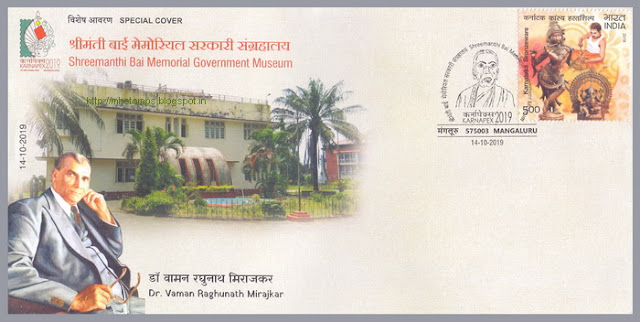 Dr.Vaman Raghunath Mirajkar (1884-1971) was born in Mangaluru. After  finishing his MBBS from Grant Medical College, Bombay, he went to UK for  higher studies and became FRCS. On his return to India in 1934, he  worked at the Lahore Medical College. He also served in France and Iraq  during the First World War. For his dedicated service during the Quella  (Baluchistan) earthquake in 1935, he was awarded the Order of the  British Empire. A much sought after Surgeon, he was the President of the  Association of Surgeons in India in 1945. He donated his bungalow built  in 1939 at Bejai, to be made the first public museum in 1960 in memory  of his mother, Shreemanthi Bai. 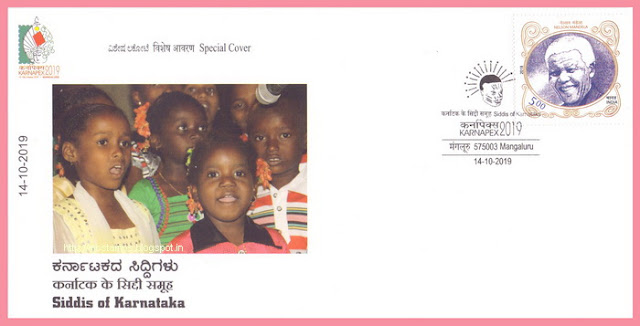 Siddis are an  ethnic group inhabiting India, particularly in Gujarat & Karnataka.  Members have descended from Bantu peoples from Southeast Africa. In  Karnataka they are concentrated around Yellapur, Haliyal, Ankola, Joida, Mundagod and Sirsi Taluks of Uttara Kannada District. 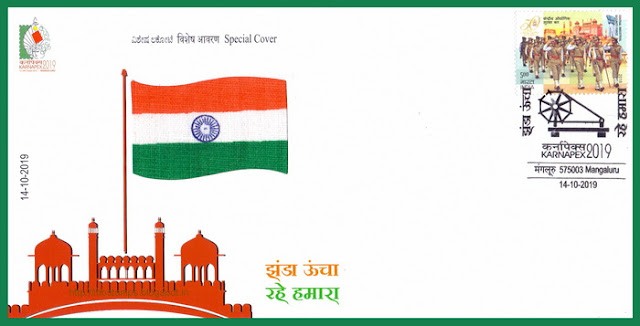 National  flag of India in its present form was adopted on 22nd July 1947 by the  Constituent Assembly. By law Khadi is the only material to be used for  the Flag. The hand woven khadi for the National flag was initially  manufactured at Garag, a small village in Dharwad district. Karnataka  Khadi Gramodyoga Sangha based in Bengeri, Hubballi is the licensed flag  production and supply unit in India. The khadi cloth for the flag is  also manufactured at the Garag Kshetriya Seva Sangha. 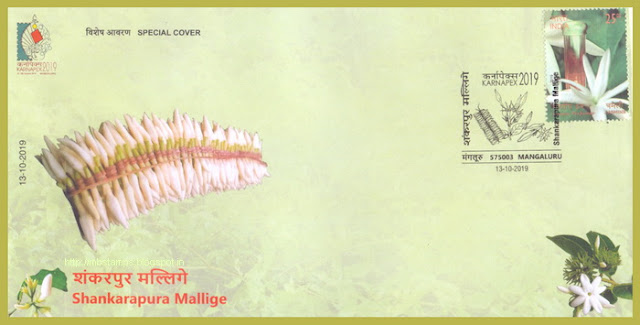 Shankarapura Mallige(Jasminum sambac) also known as the Udupi Mallige, is grown in a tiny village named Shankarapura at Udupi District. It is exported to other countries and has gained a wide market in West Asian region as well as in Mumbai and Pune. Due to the attributes and reputation it has earned a Geographical Indication (GI) tag. It is used for the Jasmine braid ( Mallige jade) for brides in Mangaluru and bridal hairstyle pattern and is typical and specific to Mangaluru. 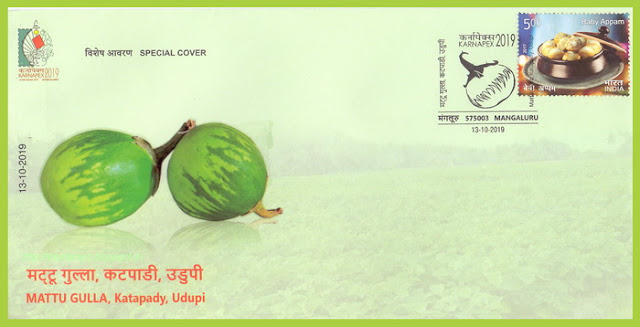 Udupi Mattu Gulla or Udupi Matti Gulla is a variety of green brinjal grown in and around the village of Matti (also called Mattu) near Katapadi in Udupi District. It was given the Geographical Indication (GI) tag in 2011. The savouriness of Mattu Gulla has made it one of the favourite vegetables of udupi Cuisine. 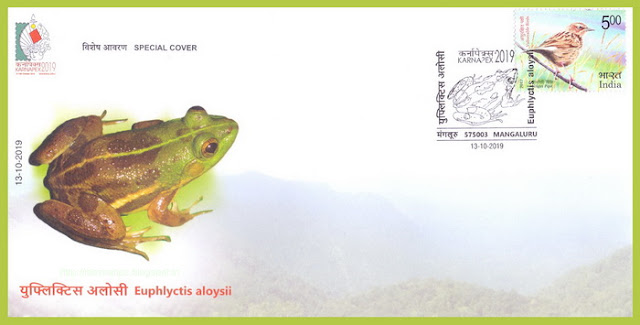 Euphlyetis aloysii is a new species of frog discovered by Dr.S.Hareesh Joshi et. al (2009) from Adyar, Mangaluru, named in honor of St.Aloysius Gonzaga. It is a tiny water frog with a wide head and a snout slightly pointed. The dorsal side is slightly greenish-brown colored with mid-dorsal stripes and green patches. The species is distributed in stagnant water, ponds, tanks etc. endemic to Western ghats. 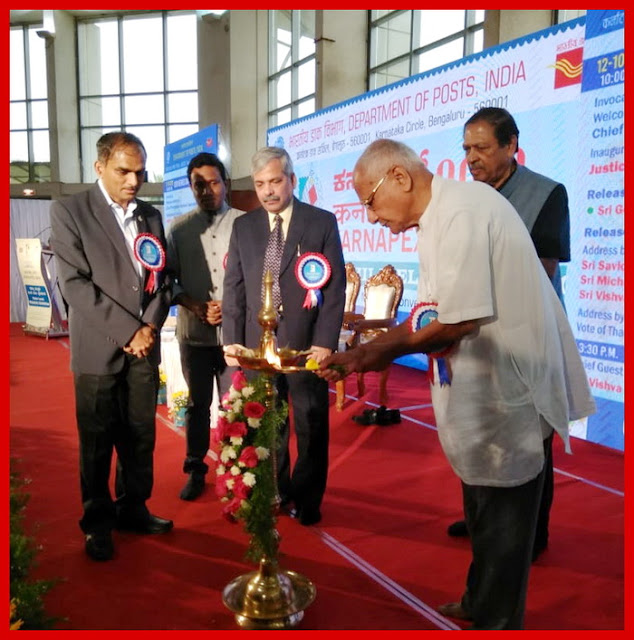 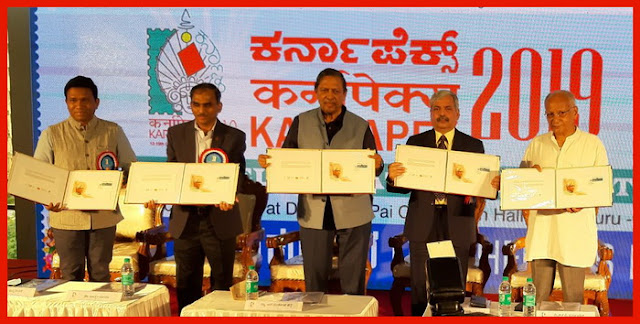 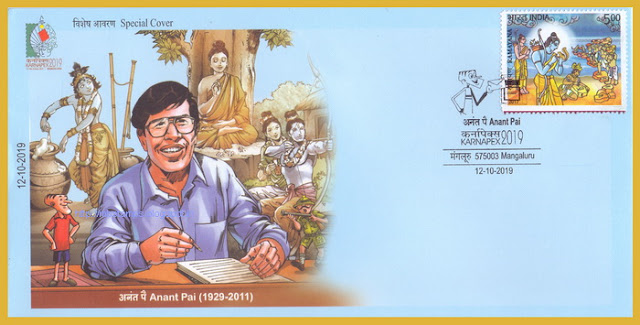 Anant Pai (1929-2011) popularly known as Uncle Pai was born at Karkala in Dakshina Kannada District. he was the founder of Amar Chitra Katha and Tinkle which are very popular comic book series. he created many membrable comic characters. he was an Indian educationist and a pioneer in Indian comics.

George Fernandes(1930-2019) was born ion Mangaluru. He was a socialist thinker and a prominent trade union leader from the early days. He took ad active part in the All India Railway Strike 1974 and was imprisioned during National emergency. he became a member of Parliament in 1967. He was a key member of Janata dal and alos the founder of Samata Party. he played a key role in setting up of the KOnkan Railway as Union Minister of Railways. he held various portfolios in Union Government amd last served as Union Minister of Defence. 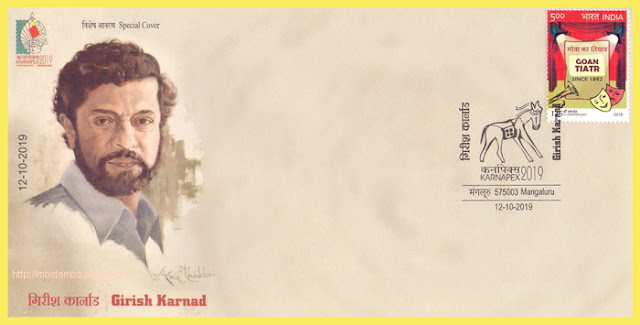 Girish Karnad(1938-2019) is a Jnanapith Award Winner for Kannada Literature in 1998. His Kannada plays starting from Yayathi are based on historical and mythological themes with contemporary interpretations. he is an internationally well known firm and theatre personality. he was a Director of FTI of India. Pune and Chairman of Sangeetha Nataka Academy also Pictorail cancellation depicts his play Hayavadana. 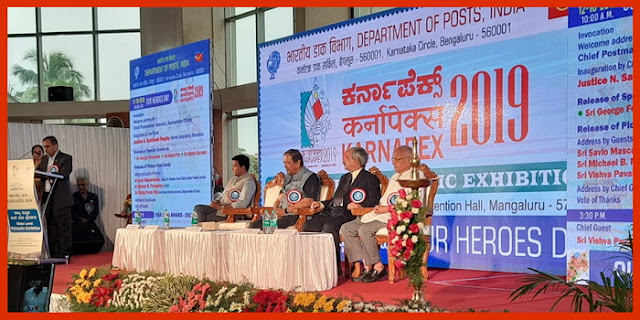 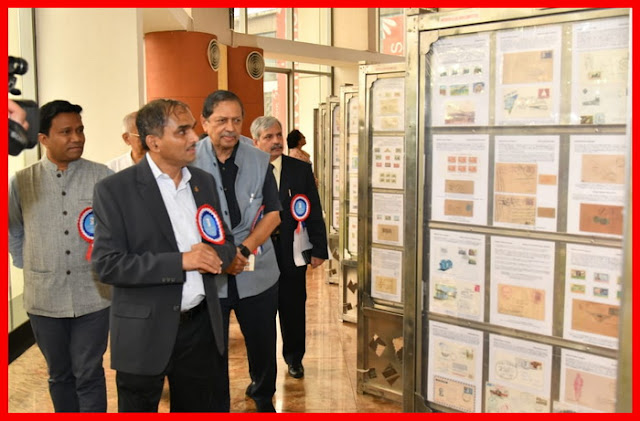 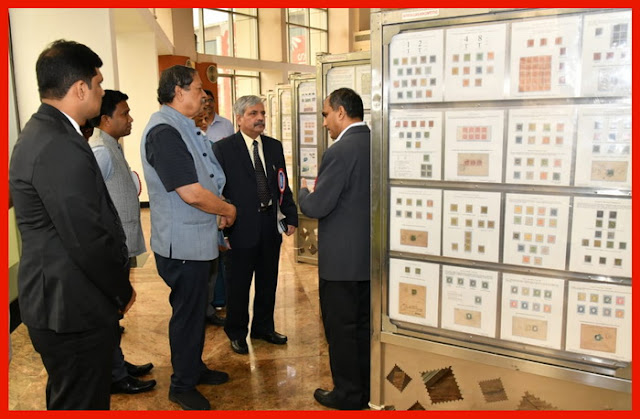 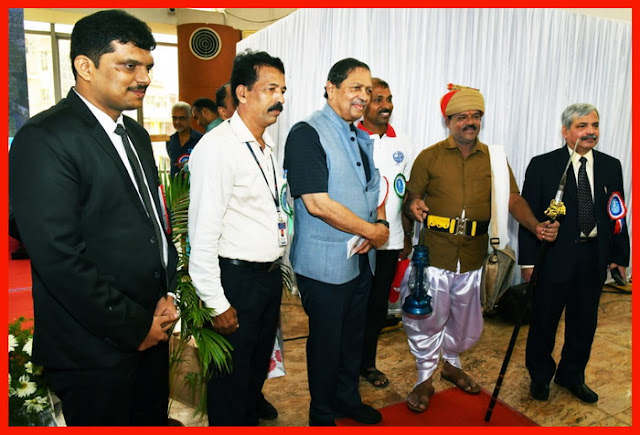 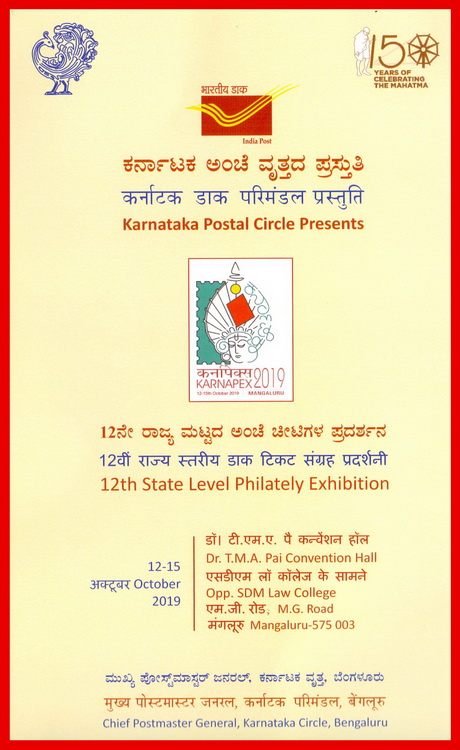 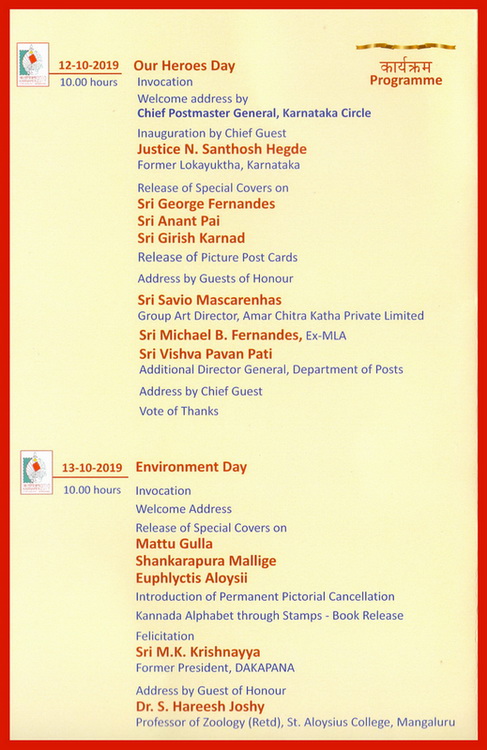 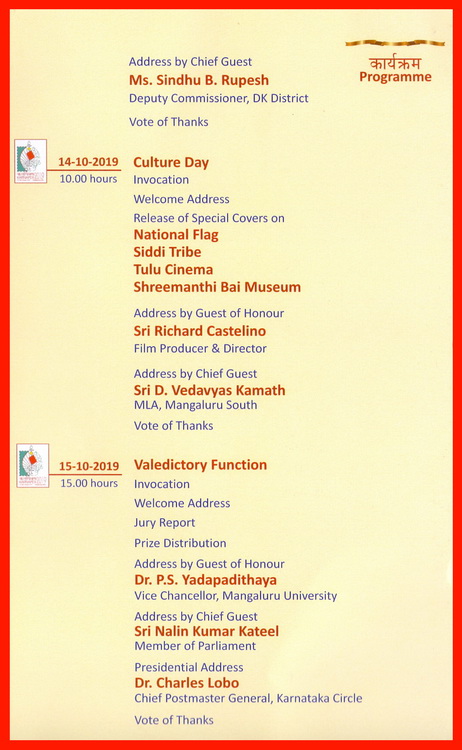 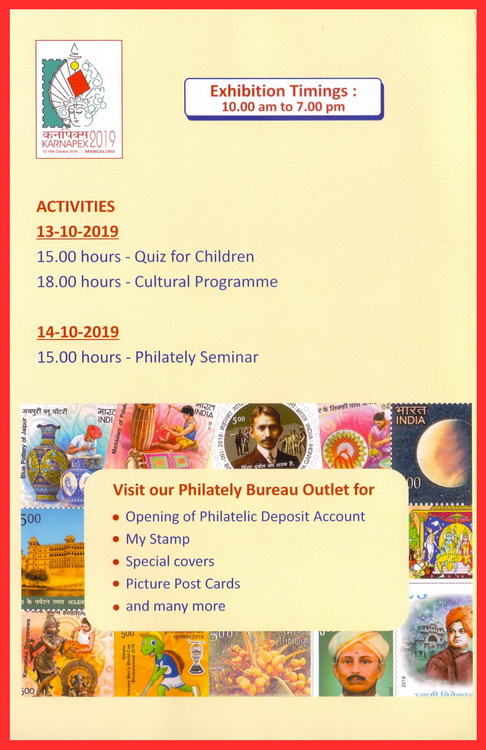 The following special covers are scheduled be released on the occasion of KARNAPEX 2019. 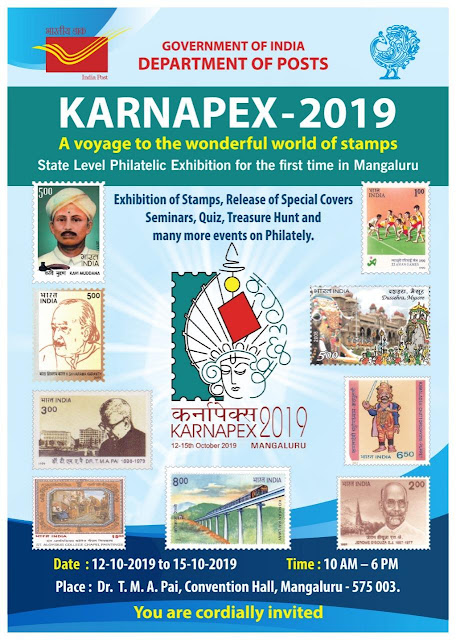