Russia Post released a stamp depicting the  Monument of K.Mininu D.Pozharskomu in Moscow on 14th June 2012. It is dedicated to the 400th anniversary of the reunification of the Russian state.
Posted by Mansoor Bolar at 3:40 PM 0 comments 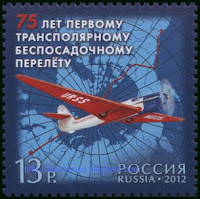 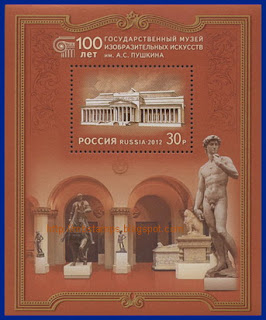 India Post released a set of 2 stamp and a miniature sheet of Wall Paintings on 20th June 2012 depicting Shekhawati and Warli Paintings.

India Post is taking part in the World Stamp Exhibition at the Jakarta Convention Centre that began from June 18 and will continue till June 24, 2012. The set of wall painting were released in the Indonesian capital today by Indian Ambassador Gurjit Singh reports Indian embassy. 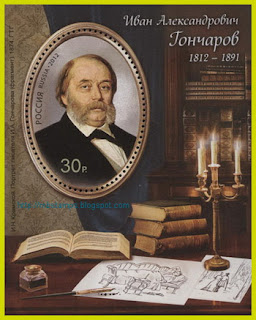 
It is unfortunate that India Post has not yet announced stamps to commemorate London 2012 Olympics. The philatelic community is still in doubt whether any stamp will be issued by India Post to mark this biggest sports event.

India has also been issuing stamps on many such occasion from 1968 Olympic on wards. This act of India Post has been highly appreciated by the philatelic fraternity world over and the stamps and other postal stuffs issued / released have made an impact. Many big sports persons have been honored.

In case India Post has not yet thought of this, it must act immediately to keep its and our head high. It must think that this is the right time to honor our Olympians in front of the world as stamps are considered as ambassador of any country. More over, we will be honoring our sports personalities.

Let me remind the think tank of India post will come out with a strange but beautiful set of stamps to mark this occasion along with other related philatelic materials.

As an Olympic philatelist I  requested to join hands and make all possible efforts to pursue India Post for a beautiful set of stamps to mark OLYMPICS 2012.

I kindly request all Indians  to join hands.

Russia Post released a set of 2 stamp on Ivan Kramskoy (1837-1887) which depicts a self-portrait and a painting of the artist "Unknown."

Ivan Kramskoy, a famous painter from Russia was the master of the genre, historical and portrait painting, art theorist, art critic, teacher, organizer and ideologist of the Association of Traveling Art Exhibitions. 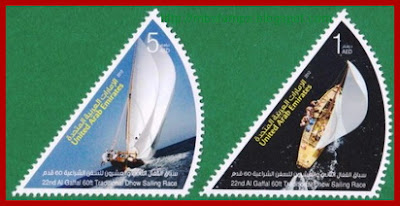 The annual Al Gaffal 60ft Traditional Dhow Sailing Race is  organized under the patronage of His Highness Sheikh Hamdan Bin Rashid Al Maktoum, Deputy Ruler of Dubai and Minister of Finance, by Dubai International Marine Club to mark the end of the water sports season. This race has been held every year since 1991.The race features nearly 100 dhows travelling to a distance of about 51 nautical miles. It requires huge preparations and logistical support such as keeping the area safe and protect the participants from surrounding dangers, especially from giant barges 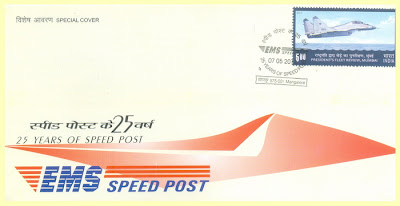 A special cover was released by India Post to celebrate 25 years of Speed Post on 7th May 2012. Speed Post is the premium Express Mail Service of India Post which was started in August 1986 to meet the "felt-need" of the developing Indian Economy.Economical rates, safety and reliability are the hallmarks of the service. The above cover has the Mangalore cancellation.

To commemorate 25 glorious years of Elite Marine Commando Force a special cover was releaed in Mumbai on 2nd June 2012. They are popularly known as "MARCOS" and are the only three dimensional Special Force in the country capable of operating in Land, Sea and Air.

The Thames Diamond Jubilee Pageant was a parade on June 03, 2012 of more than 1,000 ships and boats along the River Thames in London, as part of the celebrations of the Diamond Jubilee of Elizabeth II. The Queen, Prince Philip and other members of the Royal Family were aboard vessels that took part in the parade, which was watched by more than 1.2 million spectators from the Embankments.

The vessels that took part included military, commercial and pleasure craft. According to Guinness World Records, this was the largest ever parade of boats, surpassing the previous record of 327 vessels set in Bremerhaven, Germany, in 2011. Sailing vessels and others too tall to pass under the bridges were moored as an "Avenue of Sail" downstream of Tower Bridge.

Isle of Man Post came out with a brilliant issue in form of miniature sheet on 3rd June 2012.

Russian Post released a stamp of a well known Russian Painter M.V.Nesterova on 17th May 2012. 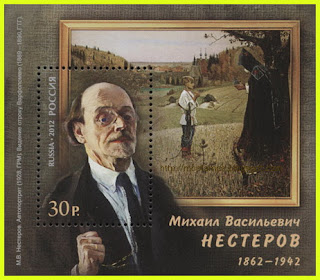 Mikhail Vasilievich Nesterov (1862-1942) - an outstanding representative of Russian Symbolism and Art Nouveau, the master of religious painting of the Silver Age. The creator of a unique type of landscape - a lyrical, devoid of the outer gloss and bright colors, imbued with love for Russia, which was named "Nesterovsky." The artist managed to create a poetic religious imagery, as well as portraits of Distinguishing native culture.