The London Festival of Stamps 2010 was conducted from May 8 to 15 at the Business Design Centre, Islington.“London 2010 Festival of Stamps” is a year long celebration of stamps, stamp design and postal heritage. The Festival also marks the centenary of the accession of George V, the philatelist king. 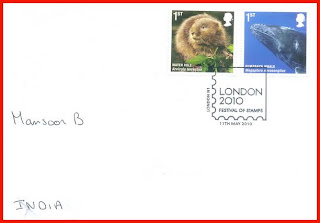 Here I have presented a cover posted to my address on 11th May from the Venue by a Philatelist Friend.
For detailed news visit: http://london2010.org.uk/
Posted by Mansoor Bolar at 4:14 PM 0 comments

A special cover was released to mark the centenary celebration of the Lady of Miracles Church, Mangalore, locally known as the Milagres Church, on 23rd May 2010. The cover has the photo and the cancellation of the Church.

When we received the news on the morning of Saturday 22 May 2010 all were shocked, the whole of Mangalore was in a gloom. All of you may have already read about it in the media.

Lets pray " May God bless the souls and families of people who lost their lives in Air India crash at Mangalore.
Posted by Mansoor Bolar at 3:08 PM 0 comments 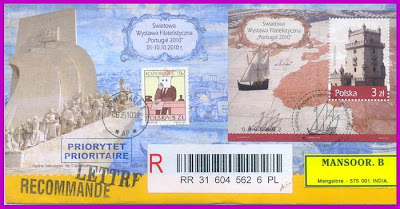 The FDC and Miniature sheet on Cover released on 30th April 2010 for the World Philatelic Exhibition to be held in Portugal on 01 to 10.10.2010. Thanks Andrej for the beautiful cover.
Posted by Mansoor Bolar at 3:41 PM 0 comments 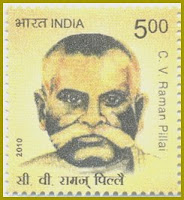 India Post released a  commemorative stamp on C.V.Raman Pillai on 19th May 2010.
Posted by Mansoor Bolar at 3:32 PM 0 comments 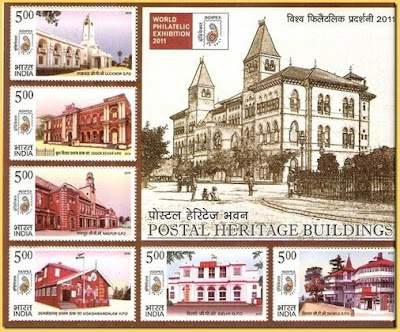 India Post has plans for a series of postage stamps to celebrate 2011-World Philatelic Exhibition to be held in New Delhi from 12th Feb to 18th Feb.2011. The First in the series is 6 stamps released on 13th May 2010 on Postal Heritage Buildings of Lucknow, Cooch Bihar, Nagpur, Udagamandalam, Delhi and Shimla Head Post Office.
Posted by Mansoor Bolar at 3:51 PM 0 comments 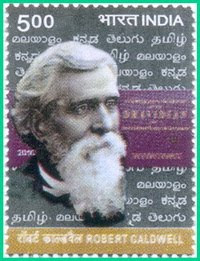 India Post released a stamp on Robert Caldwell on 7th May 2010. Robert Caldwell was born at Clady, Northern Ireland came to Madras (now Chennai) in 1838 as a missionary of the London Missionary Society.He knew 18 languages. ( the stamp background shows 4 languages of South India like, Kannada, Tamil, Malayalam and Telugu) He was a member of the Royal Asiatic Society.His most impressive work was "A comparative Study of Grammar of Dravidian Languages". 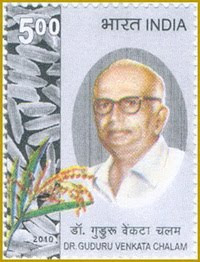 India Post released a stamp on Dr.Guduru Venkata Chalamon  on 8th May 2010 who was a social reformer and an Agriculutre Scientist. He was awarded the 'Padma Shri'in 1967 by the Government of India.
Posted by Mansoor Bolar at 3:17 PM 0 comments

The Naval Service Act brought the Royal Canadian Navy(RCN) into being on May 4, 1910. When the first World War broke out, the RCN had fewer than 350 sailors and two under-equipped warships. By the end of the Second World war, it had grown into one of the World's greatest Naval Forces. The Canadian Navy has been a valuable component of Canada's contribution NATO; the navy has provided humanitarian relief on numerous occasions and has participated in the recent campaign against Terrorism and other domestic and international operations. As the warships of Canada's Navy continue to serve the Nation, the 100th anniversary of the Canadian Navy is an opportunity to honour its accomplishments and celebrate its legacy. 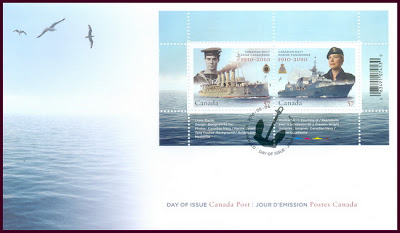 The two stamps were designed as separate artworks, but appear as one canvas. They share the same painterly sky, marine life and open sea environments. The two ships, though of a different age appear as part of the same fleet. The first stamp has one of Canada's first warships, the HMCS NIiobe and the second has the modern frigate, the HMCS Halifax.
Posted by Mansoor Bolar at 11:36 AM 0 comments

India Post has hiked its Registration charges for Air Mail and Surface Mail from Rs.15/- to Rs.50/- with effect from 1st May 2010.

The previous hike was back in 1994, but now it has hiked by 333.33% which is bad news for all Philatelists and others sending letters by Registered Post.

I request all the readers of this blog to comment on the same.
Posted by Mansoor Bolar at 2:40 PM 2 comments 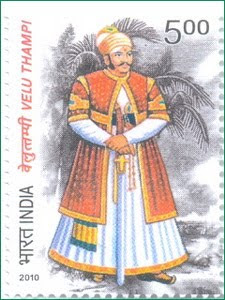 India Post released a  commemorative stamp on Velu Thampi on 6th May 2010.
Posted by Mansoor Bolar at 3:10 PM 0 comments

The Port of Constanta is located on the Western Coast of the Black Sea.It is the main Romanian port and it ranks among the first 10 European ports. 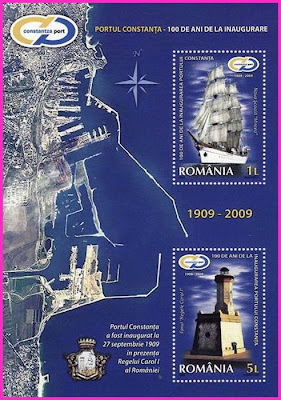 The first stamp (value 1L) depicts the ship Mircea. It is a three masted barque, built in 1938 in Hamburg by the Blohm & Voss shipyard as a training vessel for the Romanian Navy. Her design is based on the successful plans of the Gorch Fock; the last of a series of four sister ships. The ship is named after the Wallachian Prince Mircea the Elder (1355 – 1418).
The second stamp (value 5L) depicts the King Carol I Lighthouse. It was built one year before King Carol I's death in 1914. During part of its period of activity, it was painted in black and white bands. The old lighthouse was replaced as an aid to navigation in 1961 by a new lighthouse, but it remains a well-known landmark on the Constanta waterfront.
Posted by Mansoor Bolar at 9:31 AM 0 comments