The Kadalundi Bird Sanctuary 19 km from Kozhikode, Malappuram district, North Kerala is home to more than a hundred varieties of native birds and over 60 species of migratory birds.Birds like Terns, Gulls, Herons, Sandpipers, Whimbrels, and other migratory birds flock the place from the month of November and return only by the end of April. 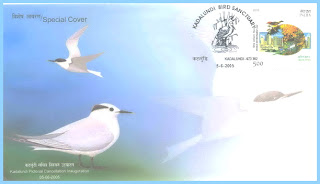 The Kadalundi Bird Sanctuary is spread over a cluster of islands in a scenic area surrounded by hillocks where the Kadalundi River flows into the Arabian Sea. The place is locally known as Kadalundi Nagaram.
Posted by Mansoor.B at 11:10 AM 0 comments

It is a circular stone masonry tower painted with black and white bands stands 34 meters in height.The construction of tower commenced during 1906-07 and was completed in early 1909 and commissioned into service on 20th October 1909 to mark the submerged rock "Vellayam Kallu",about 10 km off the shore. The Lighthouse is majestically standing and proudly serving the seafarers for the last 100 years!

The Kadalur Point Lighthouse is 9 Km by road from the nearest railway station Quilandy on Mangalore-Shoranur section. There is a metalled road connecting Lighthouse station with Railway station.
Posted by Mansoor.B at 9:37 AM 0 comments

Hongkong Post will issue its tenth joint issue on the popular sport “Football” on 5th November 2009 with Brazil.

The four stamps feature Header by Striker ($1.40), Defense by Goalkeeper ($2.40), Long Pass by Skipper ($3) and Tackle by Defender ($5). In the design, quarters of the football positioned in different corners of the stamps come together at the centre to form a complete picture, symbolising the team spirit of this popular sport.
To Read more click here
Posted by Mansoor.B at 11:04 AM 0 comments

A Philatelic Exhibition was arranged at the Head Post Office premises in view of the Postal week on 20th October 2009. The exhibit was inaugrated by the Sr. Suptd. of Posts Mr.A.M.D'Souza. The Senior Postmaster Mr.Sudhakar Mallya, ASP (HQ) Mr.Naveen Chander, Philatelic Bureau In-charge Mr.Deepak Alvares and other staff from the Postal department were present. Mr. Mansoor and Baikady Srinivas Rao from the D.K.Philatelic and Numismatic Association were also present. 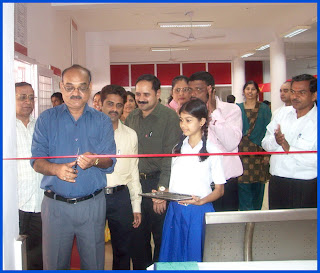 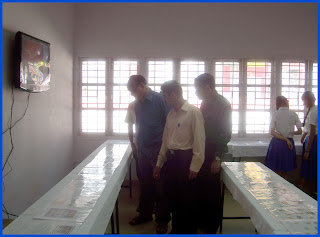 Mr.A.M.D'souza praised and thanked all the exhibitors for exhibiting their collections for the benefit of the general public.The Exhibit was open from 9.30 A.M to 5.30 P.M. students from various schools and general public visited the exhibits and expressed their views. 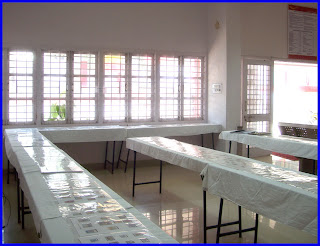 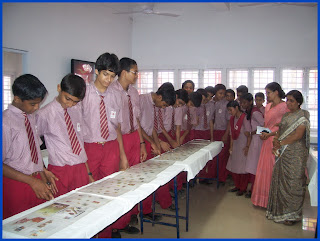 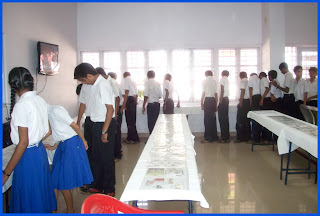 Following exhibits were on display: "Elephants" by Kruthika Prabhu, "Children - Nation's pride" by Tapasya Bhandary, "Butterfly" by Baikady Srinivas Rao and "Russia" by Mansoor B. Some of the Minature sheets, postal stationery, stamps and postcards of India were also exhibited.
It is also proposed to hold another exhibition in the first week of November on Art, Culture and other themes of Karnataka and Indian Cinema in view of a stamp release on the great kannada film star Dr.Rajkumar.
Posted by Mansoor.B at 4:02 PM 0 comments 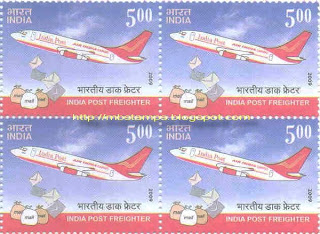 A Postage stamp of Rs.5 was released by India Post on its Official Carrier on 12th October 2009.
Posted by Mansoor.B at 4:02 PM 0 comments

India Post is into a Hat-trick today by releasing 3 stamps in 3 days. On 10th, 11th and 12th October of R.K.Narayan, Dinesh Nandini and India Post Freighter carrier. But the question all stamp collectors would like to ask India Post is "Is it available at all Philatelic Bureaus?" It has become a common feat for the India Post to release a stamp and not to supply to all the Bureaus for days or months. The Indian Railway stations stamp released almost 2 months back are still not available (not to mention the later few release too)at Mangalore Bureau and in many others. 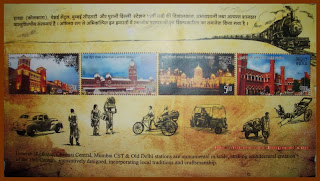 It is seen that the miniature sheet of The Railway stations are sold by some of the Dealers for as high as Rs.200.What does India Post has to say on this? Is it another way of creating a Demand? 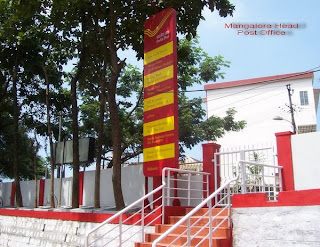 Children are invited to write a letter on a Competition Post Card as Gandhiji would on any burning current topic. The competition will be called “Gandhiji writes a Postcard”The postcard in this case will be the competition postcard (Rs.10/-)which should be placed on sale at all Post Offices. 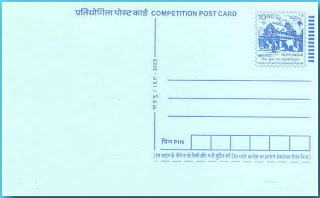 National Postal Week is being celebrated in India from October 9th to 15 by India Post. It is decided to conduct Quiz, Letter writing competitions, Workshop on Philately for the school children and mini exhibitions in schools/Post Offices to promote the hobby of Philately.
Posted by Mansoor.B at 10:22 AM 0 comments 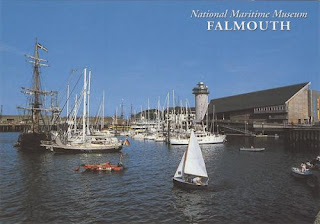 Located on the waterfront at Falmouth, the National Maritime museum Cornwall, U.K, is the centrepiece of an international leisure complex. The museum consists of galleries and displays which include stories of famous craft, navigation and meterology, boat building and the Cornish maritime heritage.
To read further about this museum visit their website
Posted by Mansoor.B at 3:16 PM 0 comments

I received this card of the the Vesikko submarine through Postcrossing from Finland. This card has the picture of the submarine in an unusual angle! 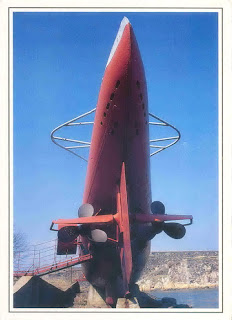 Vesikko was a submarine of the Finnish Navy in World War II.After the war Vesikko was decommissioned because of theobligations of the Paris Peace Treaties that forbade Finland having submarines. Vesikko was lying as a wreck for years.The submarine currently lies on the island of Suomenlinna. It has served as a museum during the summers since 1973 as a part of the Military Museum of Finland. Vesikko is the last surviving Type II submarine in the world.
Posted by Mansoor.B at 4:35 PM 0 comments