The first, 30 sen stamp shows a graphic sketch of KD TAR. The new generation diesel-electric submarine called scorpene is named after a reef fish that is capable of disguising itself according to its surrounding.
The second, 50 sen stamp potrays KD TAR equipped with the latest high technological navigation system, communication equipments and fire control system appropriate with it's role and responsibility to face the future modern warfare.
The third, 50 sen stamp potrays KD TAR sailing in the oceans to begin her journey and its mission in protecting Malaysia's sovereignty. KD TAR is one of the sophisticated asset owned by the Royal Malaysian Navy since its inception 75 years ago.
Posted by Mansoor Bolar at 10:30 AM 0 comments

The Titanic has intrigued the world since she sank with over 1500 lives in April 1912. Memories were awoken when Dr Robert Ballard discovered the wreck in September 1985.In 1997 James Cameron's hit film "Titanic" proved a great success and rekindled interest into the disaster.

The RMS Titanic was proclaimed "unsinkable" as God himself could not sink her (?) and yet on April 15 1912, the Titanic struck and iceberg and sank taking with her 1500 people to their peril.Human error and arrogance was said to be the direct cause of the disaster.
To read more on Titanic vist the wesbite at: http://www.titanicandco.com
Posted by Mansoor Bolar at 10:41 AM 1 comments

Philately and the Internet - Article in Hindustan Times - Amitava Sanyal.

An Article published in the Delhi Edition of "The Hindustan Times" which throws light on the Hobby of Philately in the times of Internet.

To read the complete article click on the link below:

Article in Hindustan Times - Amitava Sanyal.
Posted by Mansoor Bolar at 11:19 AM 0 comments 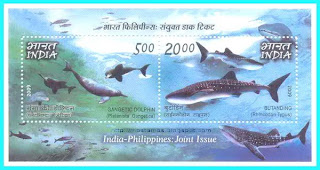 Here is a miniature sheet of the India_Philippines joint issue released by India Post today.The month of November 2009 is to be celebrated as “Philippines-India Friendship Month” in view of 60 years of diplomatic relations with India.
Posted by Mansoor Bolar at 3:30 PM 0 comments 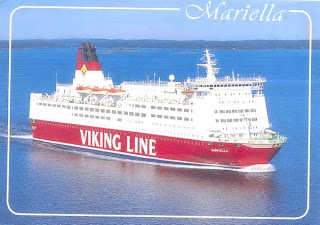 MS Mariella is one of the 7 ships from Viking Line which commenced service in 1959 to sail between the Finnish mainland, Åland and Sweden as well as between Finland and the Baltic states. Operations include passenger services, recreation and cargo carrier services.
Posted by Mansoor Bolar at 9:30 AM 0 comments

The South India Philatelist's Association issued a special cover on the occasion of Mahatma Gandhi's birthday on 2nd October, which has been declared as the "International Day of Non-Violence" by the United Nations. 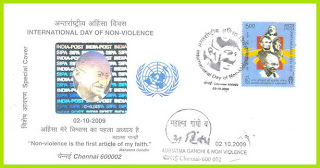 A Special Printed Postcard to mark the Sardar Patel Jayanti was released by Baroda Philatelic Society on 31st October 2009. The Postcard was mailed from Nadiad, the birth place of Sardar Vallabhbhai Patel and was delivered at Karamsad. (Home town of Sardar Patel) Two different self adhesive labels depicting Sardar Patel and Mahatma Gandhi with motif of ‘Swarnim Gujarat’ (Glorious 50 Years of Gujarat) were also released. Images of
Postcard and labels can be viewed at philatelic issue link of our website

A special prize is sponsored by Rainbow Stamp Club for the best exhibit by female participant. Eastern India Philatelists' Association, Bhubaneswar has also sponsored a special prize for the Best Exhibit on Environment. Organising committee of Stampmania 2009 welcomes befitting trophies/special prizes from philatelic organizations and individuals for Stampmania 2009.

All visitors to Stampmania 2009 will be provided badges at the registration counter of Stampmania 2009. Those who are visiting Stampmania 2009 (including exhibitors, dealers' booth holder, visiting dealers, visitors) are requested to register their names through Online registration system, this will enable us to keep the badges ready with name of visitor. Please click on Visitor Registration Form link at www.stampmania2009.com

Live Philatelic Auction will be held on 19th December 2009 at Exhibition Venue by Oswal Antiques (Mr. Girish Veera), Mumbai. Printed Catalogue for this auction will be available in first week of December. Online Auction Catalogue will also be made available at www.indiacoingallery.com For more information please email to Oswal Antiques: girishvira50@hotmail.com

Once again we request friends and well wishers to favour us with advertisements for Souvenir.

Philatelic Exhibition on Indian Cinema, Art and Culture of Karnataka.

It was a special occasion, for the first time a commemorative stamp on A film personality of Karnataka was released and it was on Dr.Rajkumar.(see my below entry to know more about Dr.Rajkumar) 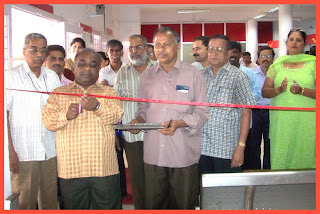 A Philatelic Exhibition was arranged at the Head Post Office, Mangalore to mark this occasion on 3rd November. The exhibit was inaugurated by the Senior Postmaster Mr.G S Hungund, Speed Post Manager, Mr.Sudhakar Mallya, Philatelic Bureau In-charge Mr.Deepak Alvares and other staff from the Postal department were present. Mr. Krishnayya President Mr. Mansoor and Baikady Srinivas Rao from the D.K.Philatelic and Numismatic Association were also present. 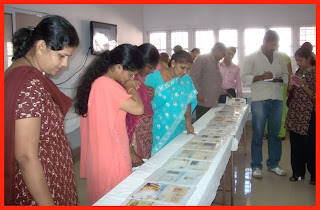 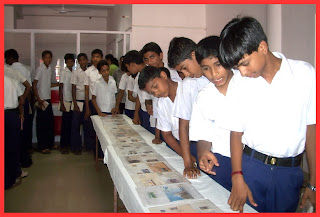 Exhibits of M.K.Krishnayya and Baikady Srinivas Rao on the Art and Culture of Karnataka and Film, Dance and Cinema of K.Sridhar stole the limelight. A few of the exhibits of School students on the same subject were also present. 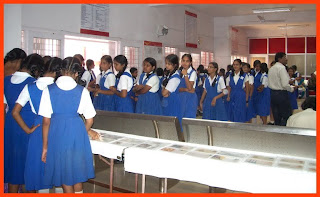 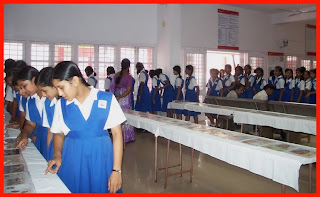 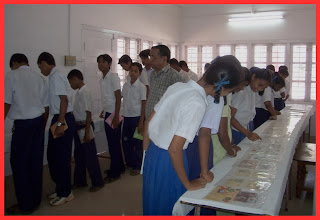 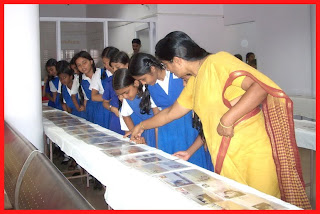 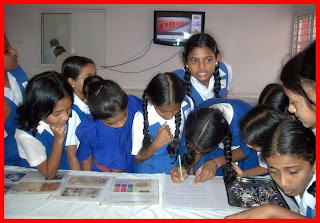 Students from many of the local schools, members of the public and media were present in large numbers.The Exhibition was open from 9.30 AM to 5.30 PM.

Also visit Mangaloremithr.com for the news and more photos

A stamp on Dr. Rajkumar one of the most versatile actor of kannada cinema, was released today by Chief Minister B S Yeddyurappa - 1st Nov, the day of kannada Rajyothsava. Rajkumar is the first film personality in the State to have this honour. 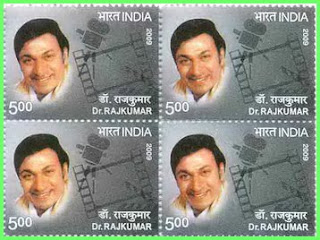 Dr.Raj Kumar was born on 24th April 1929 in Gajanur. His real name was Muthuraj. He took the screen name Raj Kumar for his first film " Bedara Kannappa" which was a great hit. He enacted a wide variety of roles and also sang for his films. He has acted in more than 200 films and became popular as "ANNAVARU" among his fans.

He was also recipient of many awards including the doctorate of Literature bestowed upon him by the Mysore University. "Nadija" by Hampi University, "karnataka Ratna" by the Govt. of Karnataka, the "Padma Bhusan" and "Dada Saheb Phalke Award" for his significant contribution to Indian Cinema.
He passed away on 12th April 2006 but he still lives in the hearts of his numerous fans. 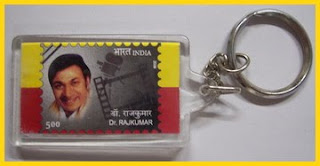 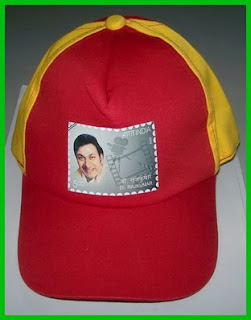 The Postal department also released a Cap and a key chain to celebrate this occasion, which are available at the Philatelic Bureaus.