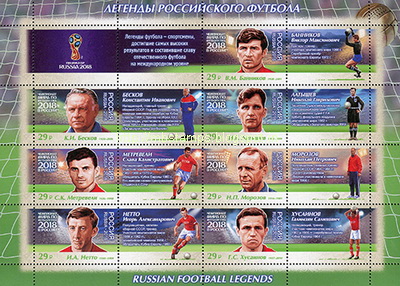 A special cover was released on 3rd March 2017 to commemorate the Golden Jubilee of Angami Sports Association which was held from 28th February to 4th March at Kohima Nagaland.

India Post released a special cover on 18th April 2017 to commemorate the Centenary of Champaran Satyagraha,  the first satyagrah movement of Gandhiji on Indian soil at Motihari (Bihar) The cover illustration shows the statue of Gandhiji of Gandhi Maidan, Patna and the cancellation depicts the celebration logo with some modification.

Scented Coffee stamp in the form of Souvenir sheet was released on 23rd April 2017 at Meghdoot Auditorium, Bengaluru G.P.O by  Nirmala Sitharaman along with the Minister of State for Communications Manoj Sinha,Former Chief Minister of Karnataka B. S. Yeddyurappa and Member of Parliament Shobha Karandlaje . 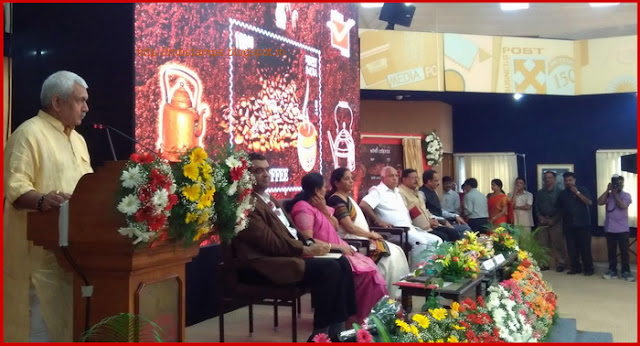 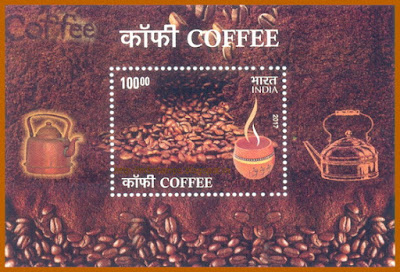 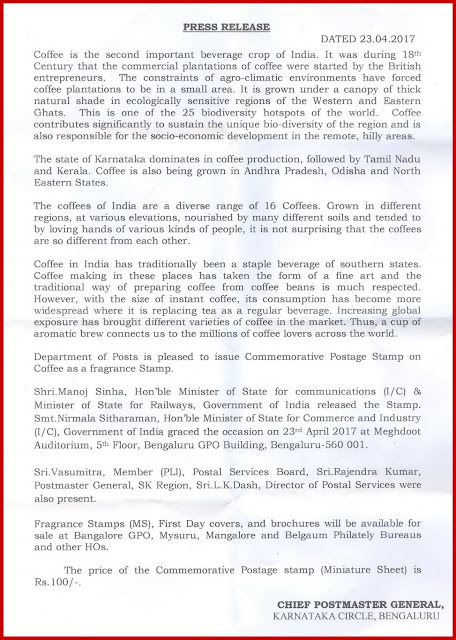 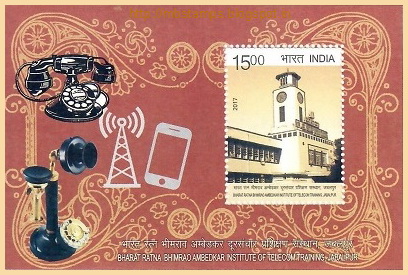 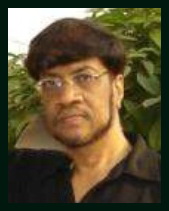 I was shocked to hear that Dr. Satyendra Kumar Agrawal passed away on 21st April 2017. He was a well known Philatelist and known all over for his philatelic collection of Roses. He has written many articles on Philately both in national and international magazines.

Though I have never met him in person, had been a friend at Facebook and always helpful and eager to answer any of my queries regarding philately as if we knew each other for long time. I pray his soul rest in peace and my heartfelt condolences to his family members. The Philatelic fraternity has lost a great collector and writer. 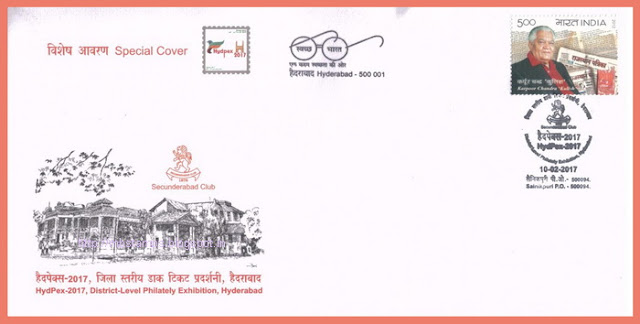 Russia Post released a Souvenir sheet to celebrate the 100th Foundation Anniversary of the Barguzinsky State Biosphere Nature on 27th October 2016. The Barguzinskiy Reserve is the first state natural reserve in Russia. It was established on 29 December 1916 (11 January 1917) to research, conserve and restore the sable. 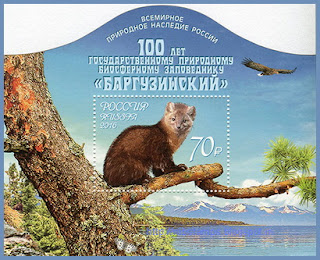 It has been a part of UNESCO World Network of Biosphere Reserves since 1986. It is a sign of an international recognition of its efforts in sable research and restoration, as well as in preserving natural biodiversity of the Baikal Region. The Reserve territory was wholly included into the Lake Baikal UNESCO World Heritage Site in 1996.

A special cover was released to celebrate 100 years of Glorious Service by the Lions Club of Ranchi at Ranchi on 25th February 2017. 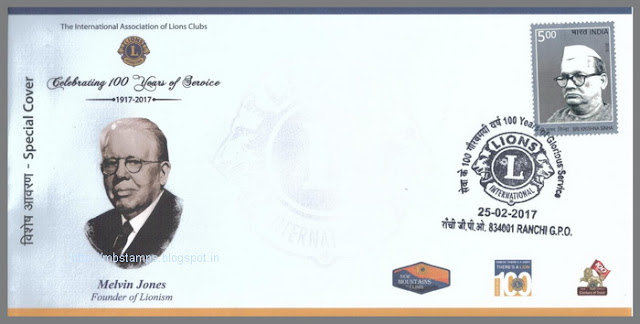 On the occasion of the World Heritage day on 18th April 2017 , 3 Special covers were released at Bangalore GPO. 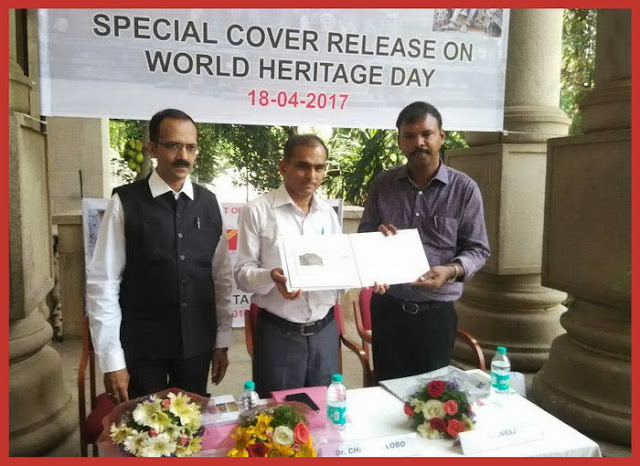 Cover Code: KTK/46/2017
Keerthinaravana Temple of Talakad Talakadu is a desert like town on the left bank of the Kaveri River in Mysuru District. It once had over 30 temples, most of which now lay buried in sand. It is one of the Pancha Narayana Kshetras where the Keerthi Narayana temple was established in 1117 AD. 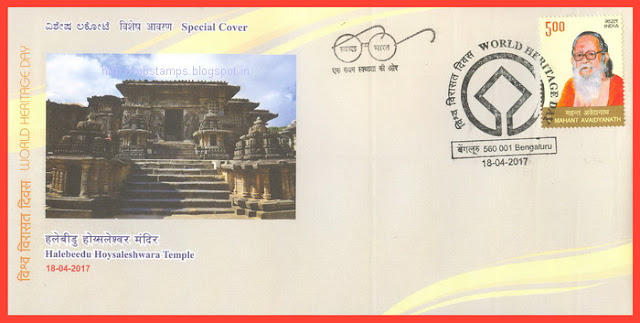 Cover Code: KTK/47/2017
Halebeedu Hovsaleshwara Temple Halebeedu (earlier Dwarasamudra) was the capital of Hoysala empire in the 1th Century AD. The Hoysaleshwara temple built in 1117 AD is outstanding for its wealth of sculptural details. The walls of the temple are covered with a variety of depictions from Hindu mythology, animals and birds. No two sculptures of the temple are same. 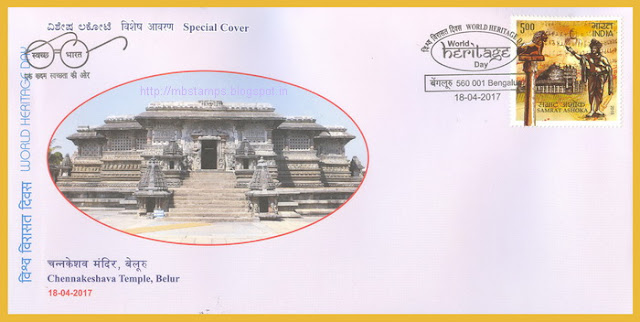 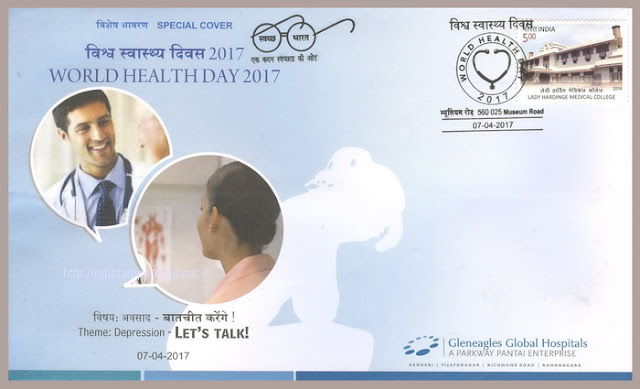 Russia Post released a stamp on Federal Customs Service of Russia on 25th October 2016 which features the building and logo of the Russian FCS.

Central Federal Customs Authority of the Russian Federation carrying out customs controls, implementing measures of tariff and non-tariff regulation. Activities of the Federal Customs Service are also including detecting and suppression of the illegal traffic of weapons, drugs, ammunition and explosive items, and rare species of flora and fauna.

A special cover was released on 31st March 2017 at Thiruvananthapuram on State Bank of Travancore. 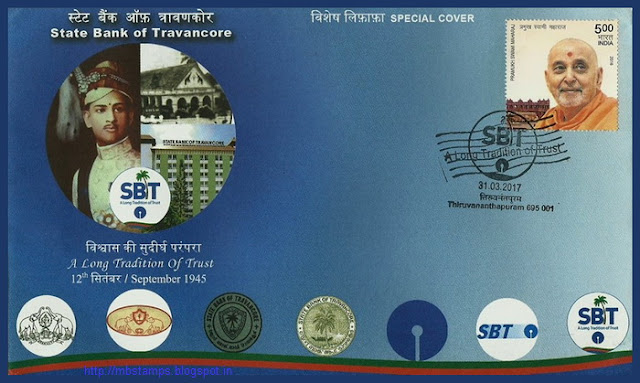 India Post released a Se-tenenat stamp on Deekshabhoomi on 14th April 2017 at Nagpur.

Deekshabhoom, one of the most revered monuments of Buddhism, is spread across 22 acres of land in the heart of Nagpur, It's Stupa is the largest hollow Stupa among the Buddhist Stupa in India.

A special cover was released on sesquicentennial of  Shree Shitalnath Swami Temple (Parasnath Mandir)  on 27th February 2017 at Kolkata.

Russia Post released as set of 2 stamp to celebrate 75th anniversary of the Victory in the Great Patriotic War of 1941-1945. Way to victory on 11th October 2016. The stamps are on The Yelnya Offensive and the The Battle of Hanko.

A special cover was released on  on 25th February 2017 on the occasion of Cardicon 2017 which was held at Lucknow on 25th and 26th February at Department of Cardiology, King George's Medical University, Lucknow to celebrate it's 40th anniversary.

Russia Post released a stamp on 10th November 2016 to celebrate the 100th Birthday Anniversary of Dzhemaldin Khamurzayevich Yandiyev (1916-1979) who was a People’s Poet of the Chechen-Ingush ASSR, a member of the Union of Writers of the USSR. 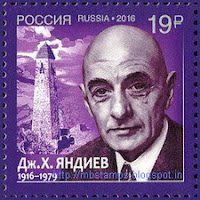 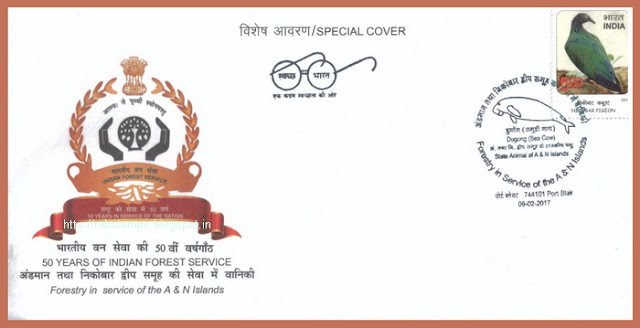 A special cover was released at Hyderabad to celebrate 39 years of Mahesh Bank on 10th February 2017.

A special cover was released on 5th April 2017 on the occasion of the 19th Commonwealth Forestry Conference which was held at Dehradun from 3rd to 7th April 2017 by the Forest Research Institute. 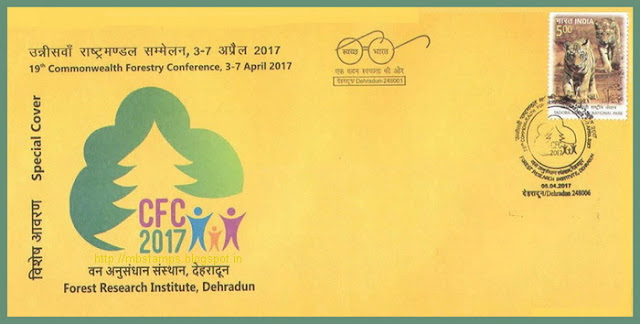 A special cover was released on 31st January 2017 at Delhi with caricature cancellation of Mahatma Gandhi.

A special cover was released on 2nd February 2017 at Fulberi to mark the 153rd Maryada Mahotsav at Siliguri. 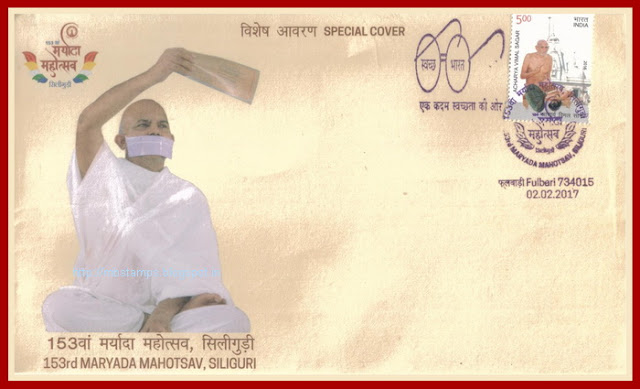 A special cover was released on the occasion of  the Golden jubilee celebration of Ravindra Kalakshetra on 27th March 2017 at Bengaluru. 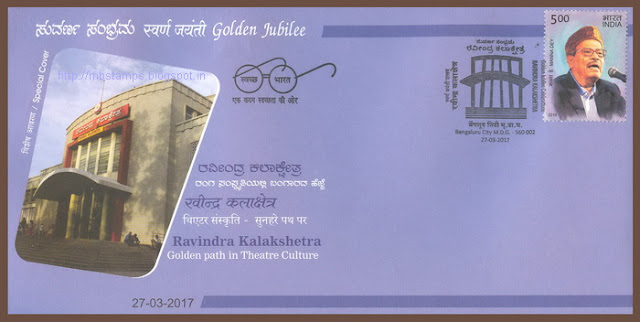 A special Cover was released on 25th January 2017 to celebrate 325 years of Immaculate Conception Cathedral at Pondicherry. 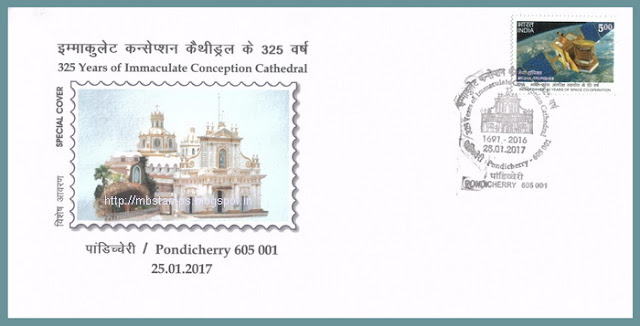 A special cover was released on 27th March 2017 at Bengaluru as remembrance of Kannada Theatre Heritage on the occasion of World Theatre Day. 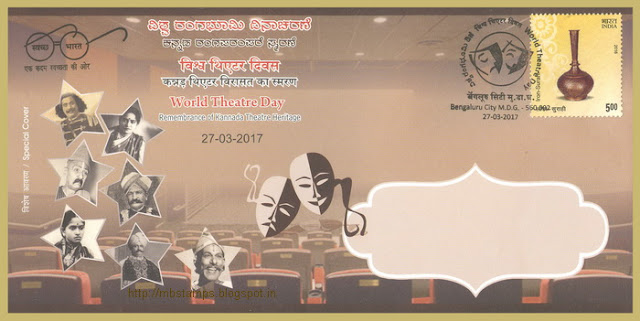 Forests of Jharkhand / Rendezvous with stamps 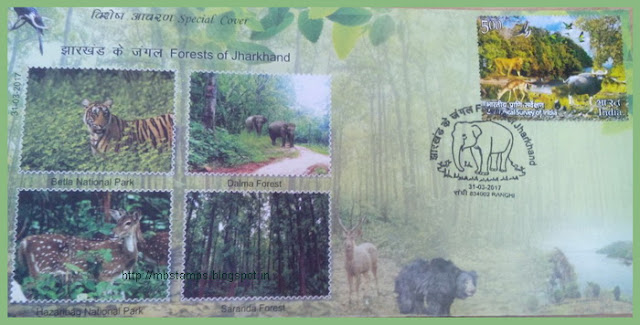 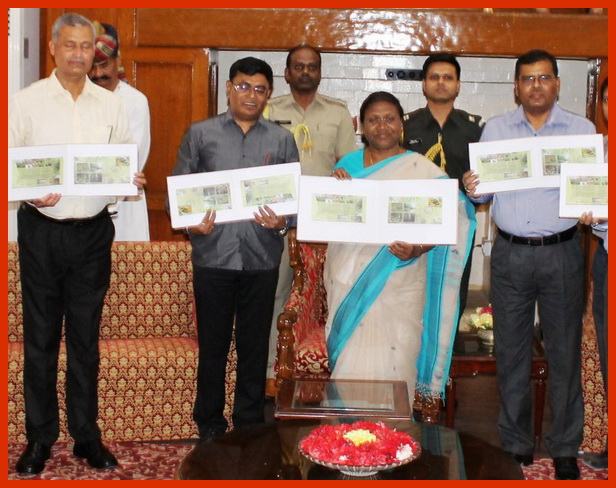 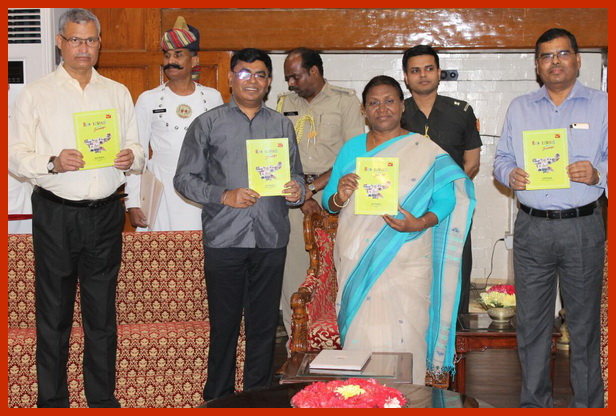 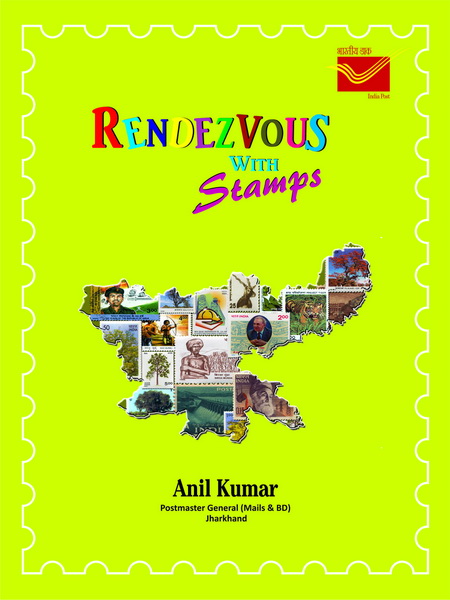 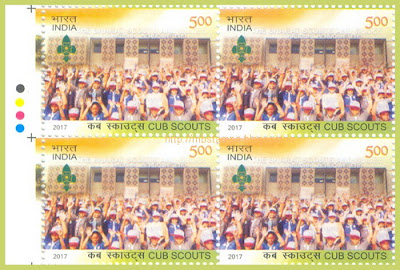