Coat of arms of Irkutsk.

A joint Issue of the Russian Federation and Republic of Montenegro was released by Russia on 26.05.2011. The stamps depicts the Kazan Cathedral in St.Petersburg, and building of the Russian diplomatic mission in Cetinje in Montenegro.
Posted by Mansoor.B at 2:00 PM 0 comments

Russia released a stamp depecting the Emblem of Republic of Komi on 26.05.2011. Komi Republic is located in the north-western extreme of the Russian part of Europe. A modern coat of arms of the Komi Republic is made based on the Perm animal style: a red shield (red) box bird of prey, directed straight at his chest - the face of a woman surrounded by six elk heads (without horns), three on each side, all the pieces of gold.
Posted by Mansoor.B at 11:43 AM 0 comments

India Post released a set of 2 stamp on 25th May 2011 to commemorate  2nd Africa-India Forum Summit. The stamps depict the African and Asian Elephants in the denomination of Rs.25/- and Rs.5/- 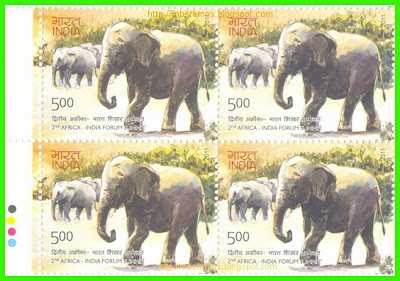 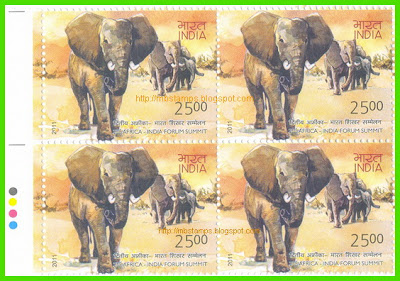 Croatian Posts released a Souvenir Sheet on the sunken Ships of Adriatic on 14th April 2011. 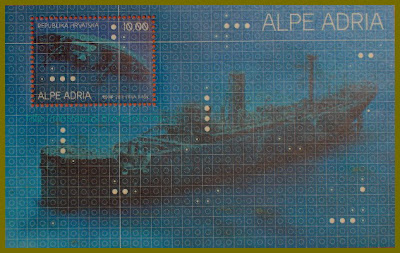 The stamp depicts motor cargo ship “Elhawi Star”, sunken in 1982 in front of the Rijeka harbour and the picture in the sheet is an illustration of the cargo steamer “Vis”, sunken in 1946 alongside east coast of Istria, close to the entrance to Plomin Bay.

Russia released a stamp on 17 May 2011 on Kirill Ivanovich Shchyolkin who was a scientist in the field of nuclear physics and one of the supervisors to build atomic weapons. He was awarded several orders and medals and the winner of the Lenin Prize and three Stalin Prizes.
Posted by Mansoor.B at 4:38 PM 0 comments

Russia released a set of 4 stamps on clocks in continuation of the series "Monuments of science and technology" on 16 May 2011 dedicated to the Clock towers of Russia. 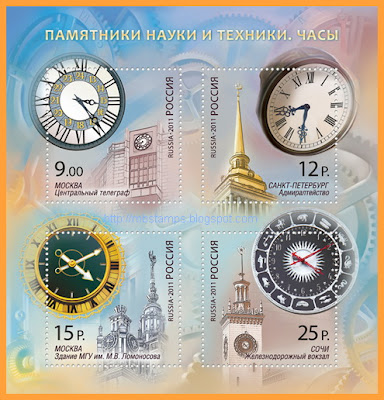 
In Russia the first mechanical clocks were installed in the Kremlin in 1404. They had a rotating dial with a stationary arrow. Clock tower at Frolovska (Saviour) Tower of Moscow Kremlin appeared in the XVI century.
Posted by Mansoor.B at 8:33 AM 0 comments

India Post released a set of 2 stamp and a Miniature Sheet to commemorate 150 years of Rabindranath Tagore birth anniversary.

Rabindranath Tagore was born on May 7, 1861 in Calcutta (now Kolkata). He was a poet, philosopher, musician, writer, and educationist.He was popularly called as Gurudev and his songs were popularly known as Rabindrasangeet.The Indian national anthem " the Jana Gana Mana" is composed by him, he is also the writer of the national anthem of Bangladesh "Amar Shonar Bangla".Rabindranath Tagore won the Nobel Prize for his collection of poems, Gitanjali, in 1913, the first Asian to win a Nobel prize in Literature.He was the founder of Viswa Bharati and Santiniketan.
Posted by Mansoor.B at 11:15 AM 0 comments

On 5th May 2011 Russia released a stamp under Europa series, on "Forest". 2011 is declared the International Year of Forests by the UN.The share of Russian forests is about 25% of Earth's forest cover, so they can be called a unique natural resource hence awareness of preserving the forests is to be made globally.The stamp depicts a birch grove, bathed in sunlight. 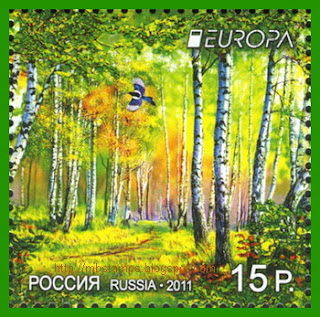 A joint stamp featuring the old ships of the two countries - Korea's "Turtle Ship" and Portugal's "Nau."has been issued by Korea to commemorate the 50th anniversary of the establishment of diplomatic relations between Korea and Portugal. 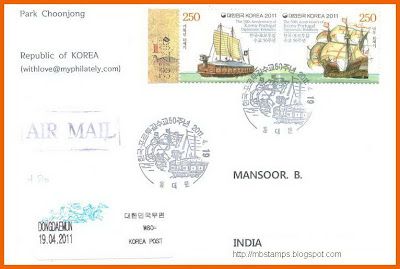 Turtle Ship - As a pioneering warship of the Joseon Dynasty, the Turtle Ship was conceived in 1592 by Admiral Yi Sun-Shin who anticipated a Japanese invasion. The shape portrayed by Admiral Yi Sun-Shin himself as follows: "Planks are laid on the upper deck of the ship, and on those planks, narrow cross-shaped ramps are placed to enable people to travers, with blades lodged on the remainder of the ship's surface. The front section of the ship is shaped like the head of a dragon, while the rear section takes the shape of the tail of a turtle. There are gun ports fore and aft and also six gun ports port and starboard respectively. Yi Sun-Shin, Korea's venerated admiral, utilized the Turtle Ship as an assault ship and gained victory in 23 naval battles over 7 yeard under the spirit of "If you want to live through combat, you will certainly die. But if you are willing to die at combat, you will certainly live." 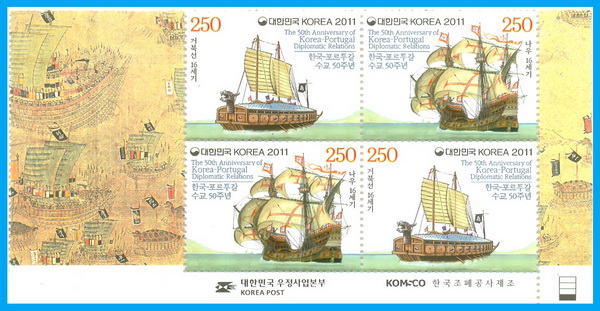 Nau - As the armed commercial vessel of Portugal in the 16th century, Nau was able to haul a heavy load, unlike previous vessels, and thus produce higher profits. It could be loaded with ample provisions, crew and passengers. It could also be mounted with more cannons designed to defend against pirate attacks. In general, Nau was equipped with 3 decks, 3 masts (2 square-shaped and 1 triangle-shaped) and a forecastle and an after castle. Its loading capacity ranged from 120 to 1200 tons. At the time, Nau played a leading role on the maritime route between Lisbon, Portugal and Goa, India.
Posted by Mansoor.B at 12:31 PM 0 comments