Here's a set of 4 postcards and special private cover printed by Boben J.E on Endemic Species of Indian Biodiversity. 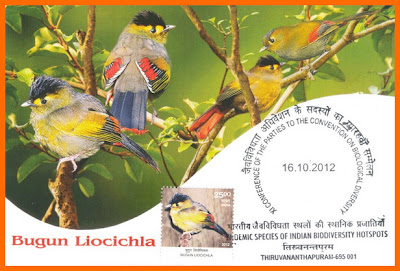 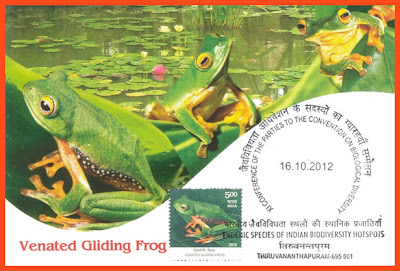 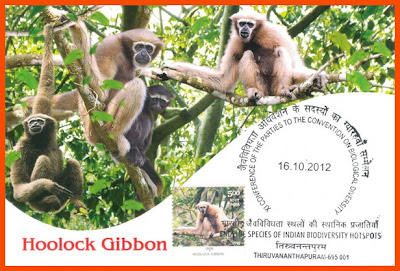 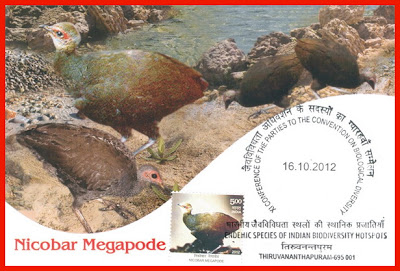 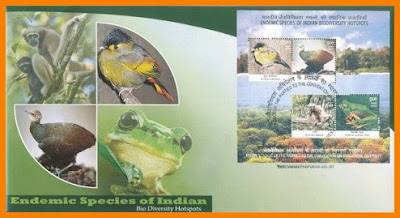 As part of Postal Day Celebrations, a one day Philatelic exhibition was held at Mangalore Head Post Office. The Senior Postmaster of Mangalore Head Post Office inaugurated the Exhibition. Members of D.K.Philatelic and Numismatic Association, Baikady Srinivas Rao, Mansoor Bolar, M.Prabhakar Kamath, Jane D'souza and Harriet Lasrado exhibited their collections. The general public and school children enjoyed the exhibition which was open from 10 AM to 5PM. 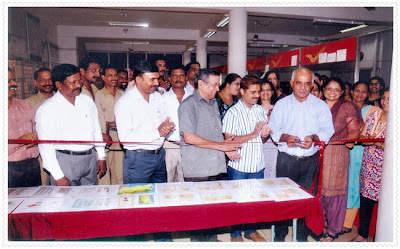 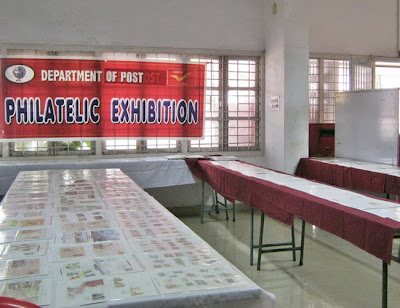 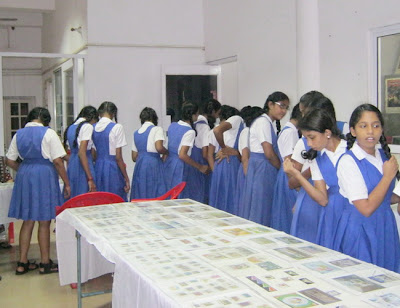 India Post released a set of 4 stamp and a miniature sheet on Endemic Species of Indian Biodiversity Hotspots on 16th October 2012. 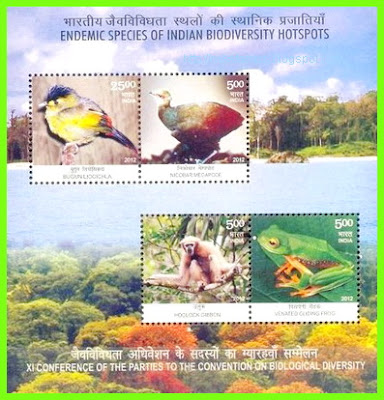 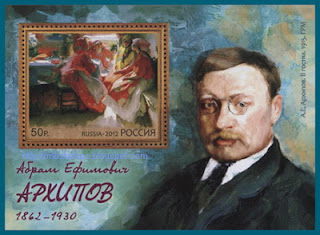 The stamp shows a picture of the AE Arkhipova's painting "Away" (1915), and the portrait of the artist outside the stamp.

As part of the Postal week celebrations, India Post released a Souvenir Sheet on 12th October 2012 on Philately Day. 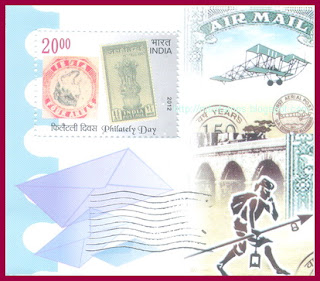 Philately is termed as collection and study of postage stamps. It is an extremely popular hobby and has millions of collectors worldwide. The first postage stamp, the Penny Black was issued by Britain in 1840 picturing young Queen Victoria. It was produced without perforations and consequently had to be cut from the sheet with scissors in order to be used. Postage stamp collecting began at the same time that stamps were first issued and by 1860 thousands of collectors and stamp dealers were appearing around the world as this new study and hobby spread across Europe, European colonies, the United States and other parts of the World. At present, it is estimated that about 25 million people enjoy this hobby in the United States; while worldwide the estimated numbers of stamp collectors is around 200 million. There are numerous philatelic clubs and societies who are promoting philately as a hobby. Over the years, postage stamp has assumed additional dimensions, it is a mode of commemorating, celebrating and promoting national heritage and events; it plays a significant role as an ambassador, a brand image of postal administration and a statement of sovereignty of a nation.

Department of Posts is issuing a Souvenir Sheet to commemorate philately, and mark the celebration of Philately Day by India Post. This Souvenir sheet depicts the evolution of Indian postal system from ‘Dak Harkara’ to ‘Air Mail’ and show-cases two iconic postage stamps issued in pre and post independence era. The first stamp ’The inverted Head Four Annas’ was issued in 1854. It was one of the world’s first multicoloured stamps. The second stamp depicted in the Souvenir Sheet is one among the three stamps of Jai Hind series issued after independence. This stamp was issued in 1947 and depicts the national emblem of India.

Postage stamps of India can be collected through 68 Philately Bureau’s and 1111 Philatelic Counters across the country. Stamps can also be collected by opening a Philatelic Deposit Account in any of these Bureaus. 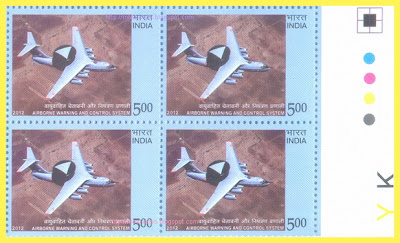 The long cherished dream of the Indian Air Force (IAF) of having a radar system in the sky came into reality with the induction of the first Airborne Warning and Control System ( AWACS) on 28th May 2009. and thus India joined an elite group of nations with this system.

Maxi card of  "The weathering pillars of the Manpupuner plateau" of Russia  received from a postcrosser in Finland. 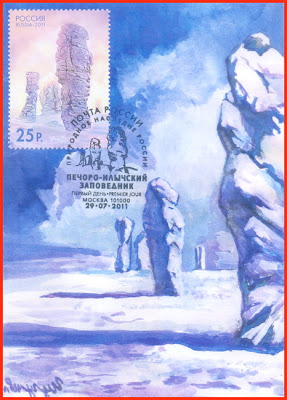 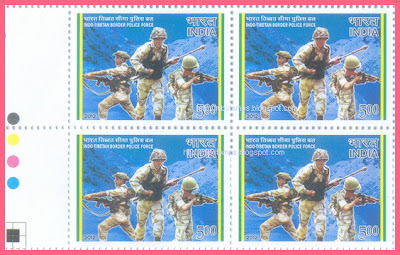