India Post released a stamp of  Joomdev, a social reformer and an educationist on 30th  September 2013. 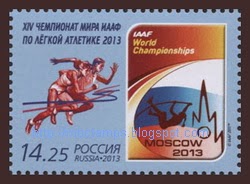 Russia Post released a stamp to commemorate XIV World Championships in Athletics on 10th August 2013. It is held by the International Association of Athletics Federations (IAAF). 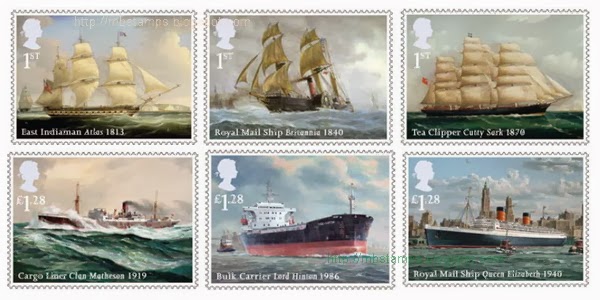 The Miniature Sheet comprises four stamps featuring dramatic photographs of life on the Atlantic and Arctic convoys. It celebrates the inestimable contribution the Merchant Navy made to the war effort in WW2 in maintaining the lines of supply, despite suffering terrible losses. It also features a quotation from Winston Churchill in its border."The only thing that ever really frightened me during the war was the U-boat peril." 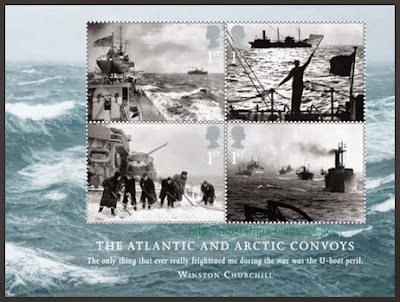 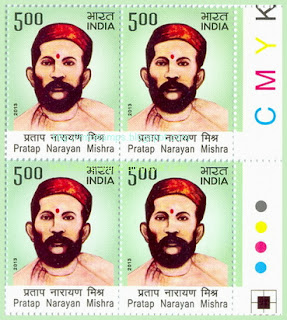 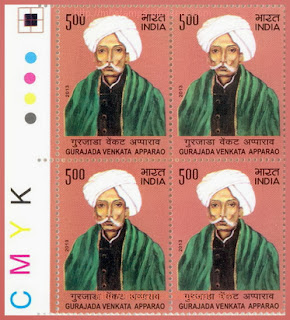 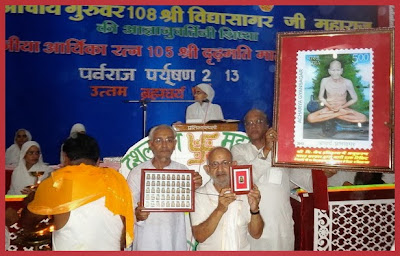 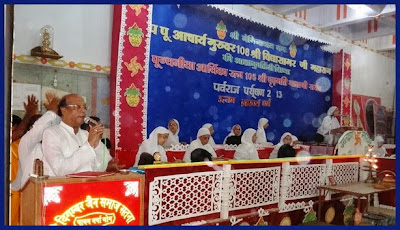 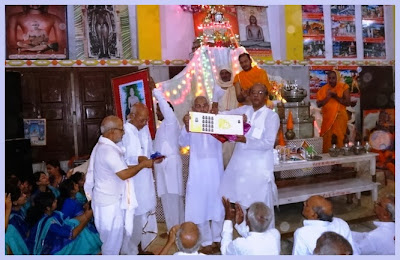 On this occasion, Mr. Sudhir Jain, National Chairman - Jainism Philately Group, in his speech, informed that this stamp was originally scheduled to release in March 2013. Stamp printed at that time was bearing portrait photo of Acharya Gyansagar Ji and compulsory items of a Digamber Jain saint, Morpankh Pichhi and Kamandal were absent. On the protest of Digamber Jain community, India Post, for the first time, cancelled that stamp and printed another stamp bearing Pichhi & Kamandal alongwith the full image of Acharya Gyansagar Ji.

‘India- A Philatelic Journey’ - a coffee table book,  was released by Hon’ble President of India on 3rd September, 2013 at Vigyan Bhawan in the inauguration ceremony of 11th Asian Pacific Postal Union Congress. The book gives a glimpse of our country having chapters on Mahatma Gandhi, freedom struggle, art & culture, wild life, flora & fauna, sports and heritage sites of India. The book has been made in collaboration with the Times of India Group. The designing, printing and editing has been done by the Times of India Group. The packaging of the book is excellent; it is inside a beautifully designed Shrink –wrap box. The most important thing which differentiates it from other coffee table books is that real stamps are used to describe the above mentioned subjects. One side of the page have the text and other side have stamps related to the subject. Approximately 117 stamps issued since 1974 to 2012 have been inserted, in original, in each book.
This book is a limited edition and exclusively for niche customers. Only 800 copies are available for sale @ Rs.5500/- per book.. The book can be purchased from National Philatelic Museum, Dak Bhawan, New Delhi. This will also be made available to major philatelic bureaus. Interested customers can also place their orders to the nearest bureau or send an email to Shri V.K.Singh, ADG(Philately) on vksinghs@yahoo.co.in.
Courtesy: Mr.Deepak Modi.

Latvija Post issued a stamp on 27th August 2013 within the series “Latvian Ports”. The current stamp is dedicated to Liepaja Port.

Port of Liepaja is the winter ice-free port on the Baltic Sea’s east coast, Liepaja, Latvian Republic. Containing 80 berths, it is the third largest port in Latvia. The business is focused mainly on the export and transit services. The port of Liepaja belongs to Liepaja Special Economic Zone, which provides free port status of the port. Port of Liepaja common hydraulic structure contains jetties, breakwaters, berths, waterways, floating navigational aids, appliances and lights.

Russia Post released a souvenir sheet of the Coats of Arms of Penza region on 2nd August 2013. 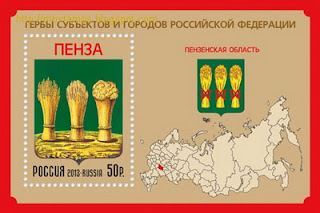 The stamp features the coat of arms of the city of Penza, and a map of the Penza region of the Russian Federation marked in red color.

The 'Great Voyages of New Zealand' stamp issue which was released on 5th September 2012 features five vessels that have played a part in shaping New Zealand. 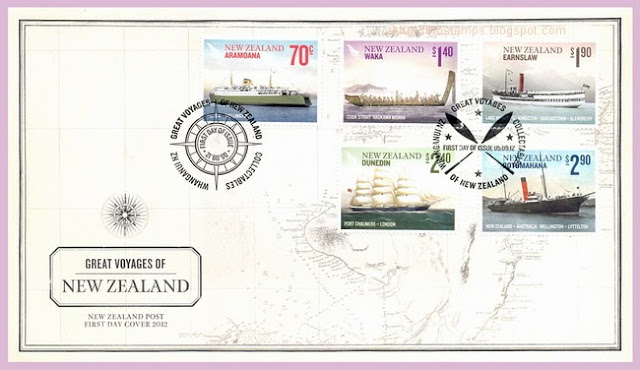 70c - Aramoana: The Aramoana’s big stern door transformed domestic transport in 1962. Prior to then, double-handling had made it too costly and slow for rail to compete with coastal ships, but roll-on, roll-off ships seamlessly connected the islands. In 2012 five such ships form a ‘floating bridge’. The 4,160-ton road/rail ferry Aramoana served until 1984.

$1.90 - Earnslaw: Tourists walk the triple - expansion steamer Earnslaw’s decks these days, but 100 years ago the ‘Lady of the Lake’ was a hard-working passenger, freight and livestock carrier, one of several linking the isolated farms and settlements of Lake Wakatipu. Designed and built in Dunedin and reassembled at the lakeside in 1912, the Earnslaw still burns coal today.

$2.40 - Dunedin: In 1874 the Albion Line (later Shaw Savill & Albion) commissioned the 1,320-ton Dunedin for the immigrant trade, which it served until being converted in 1881 to carry frozen meat. A regular caller to Oamaru, the Dunedin vanished with all 35 crew after sailing from that port for London in March 1890; the ship probably hit an iceberg.

$2.90 - Rotomahana: With its rakish bow, masts and funnel, the Rotomahana looked like an elegant steam yacht. The first ocean-going ship built of mild steel, the 15.5- knot ‘Greyhound of the Pacific’ spearheaded the Union Steam Ship Company’s grab for the trans-Tasman trade in the late 1870s. The 1,727-ton ship later served on the Wellington-Lyttelton and Melbourne-Hobart runs before being discarded in 1925.

Pakistan Post released a stamp to commemorate commissioning of the first indigenous constructed F-22P Ship in Pakistan on 3rd September 2013. 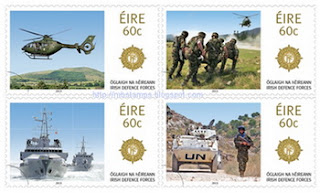 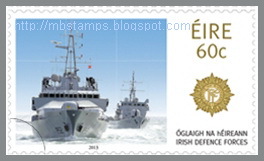 The stamps symbolise the continued commitment of the Army, Naval Service and Air Corps to defend, protect and support the interests of the people of Ireland, at home and overseas 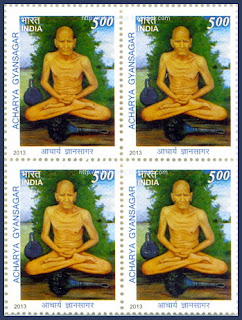 1025 years The Baptism of Russia - Joint issue by Russia, Belarus and Ukraine.

Russia Post issued a stamp to commemorate 1025 years The Baptism of Russia on 28th July 2013. This issue was a joint issue of Russia, Belarus and Ukraine. 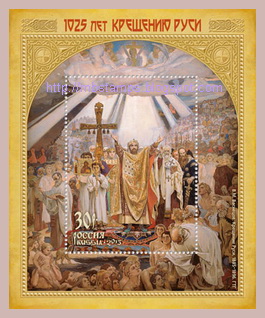 Baptism - one of the most important cultural events in the history of ancient Russia, which put an end to the pagan and early Christian history of Russia.The stamp shows the painting, "The Baptism of Rus' VM Vasnetsov (1885-1896) from the collection of the State Tretyakov Gallery. 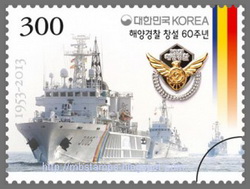 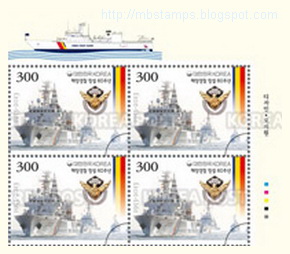 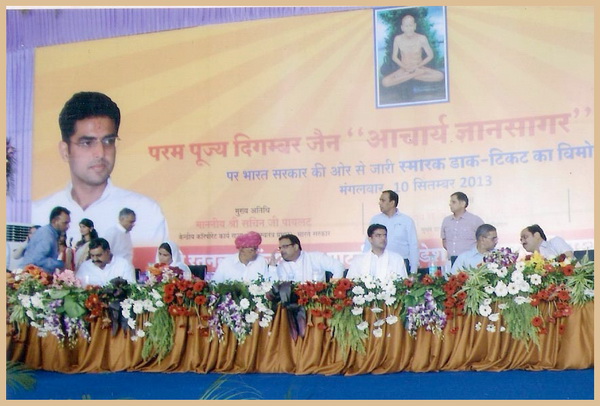 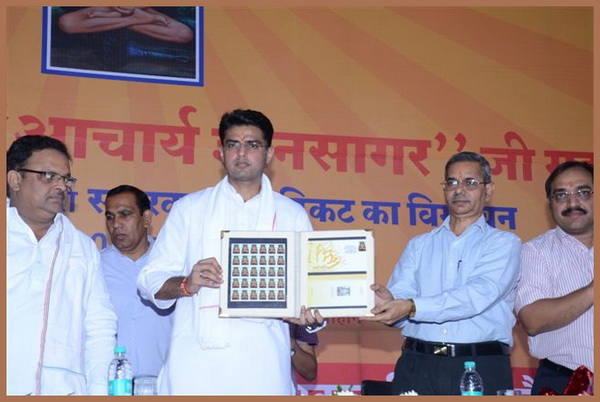 India Post released a stamp of Lala Jagat Narain on 9th  September 2013. He was the founder of the  Hind Samachar Group and Congress leader, and a follower of Gandhi, participated in non-cooperation movement and other sathyagrahas. 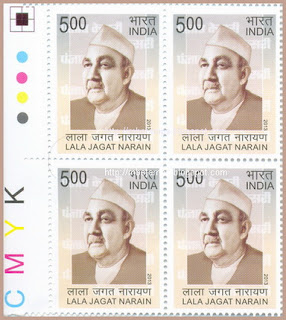 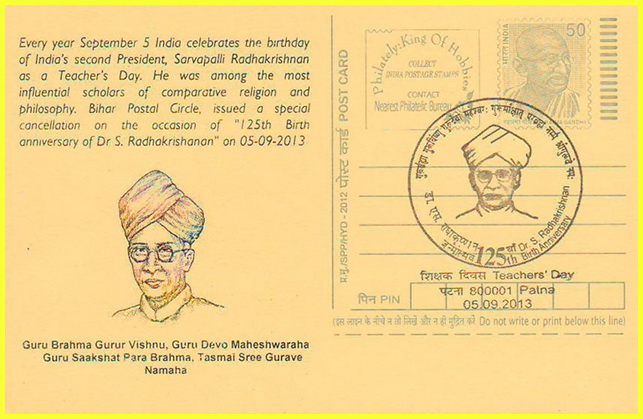 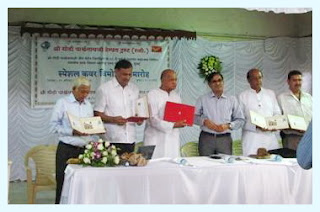 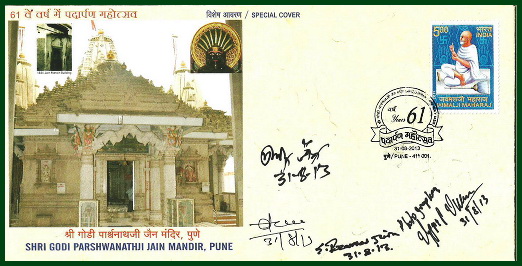 Thanks to: Shri Sudhir Jain.

India Post released as set of 12 stamps on the Wild flowers of India on 3rd September 2013. The stamps are in the form of a sheetlet of 12 and 3 miniature sheets of 4 stamps each. 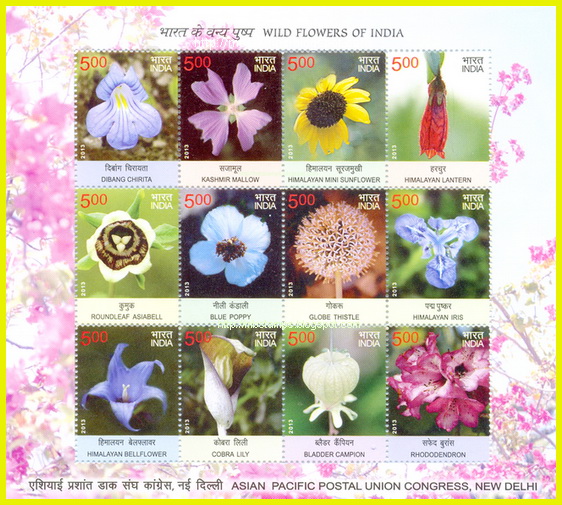 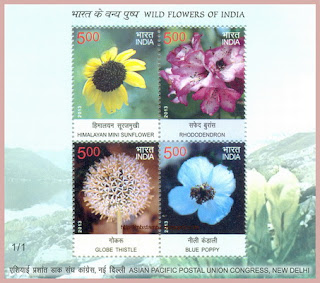 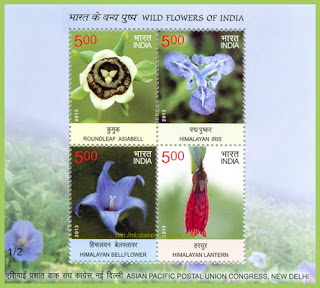 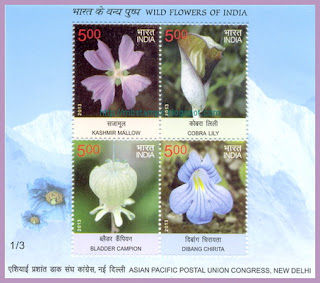