India Post released a stamp of  Husain Ahmad Madani on 29th August 2012. He was a religious scholar and freedom fighter. 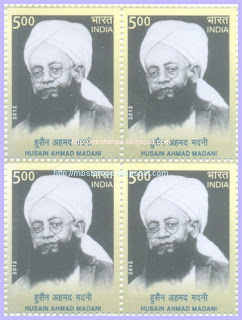 New Zealand Post will release a set of 5 stamp on 5th September 2012 and other philatelic items like MS, FDC etc. featuring 5 sailing Vessels 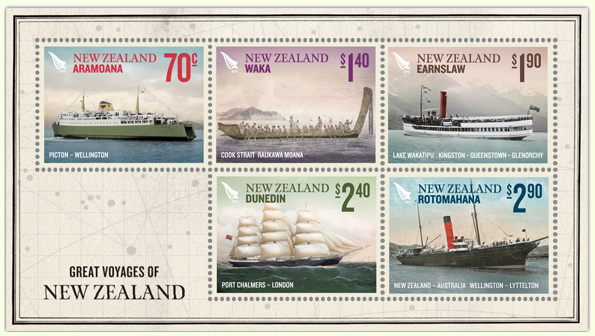 As a small nation surrounded by water, New Zealand has relied on ships and vessels as a means of transport for as long as it's been inhabited. The 'Great Voyages of New Zealand' stamp issue features five vessels that have played a part in shaping New Zealand. 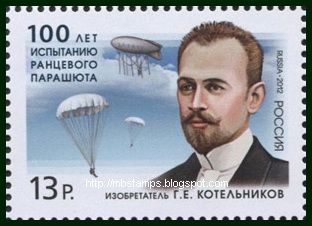 Russia Post released a stamp on 2nd August 2012 to comemmorate 100 years of testing of Backpack Parachute and its inventor G.E.Kotelnikov. The stamp depicts the inventor and parachutes.

10th anniversary of the Southern Cross operation in Antarctica 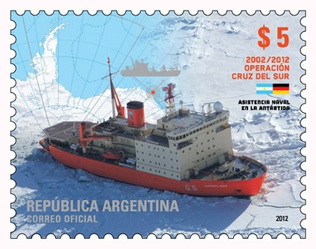 The Correos Argentino has issued a stamp to commemorate the 10th anniversary of the Southern Cross operation in Antarctica during which the Icebreaker A.R.A. Almirante Irizar, primarily responsible for the operation of the Southern Cross, provided assistance, supplies and medical aid to the German ship Magdalena Oldendorff locked in Antarctica. The stamp features the Argentinean icebreaker, the map showing the location of the event and the flags of Argentina and Germany.

Russia Post released a set of 6 stamp of the series Modern Art of Russia on 30th July 2012. 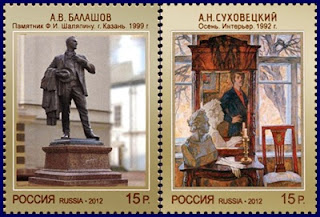 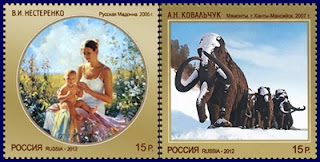 India Post has created a set of 4 postcard on London Olympics which can be used as Maxi card or Picture postcard. The price of each card is Rs.10/- each. 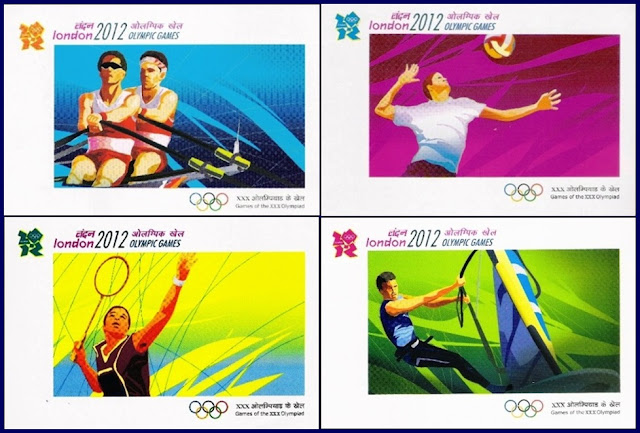 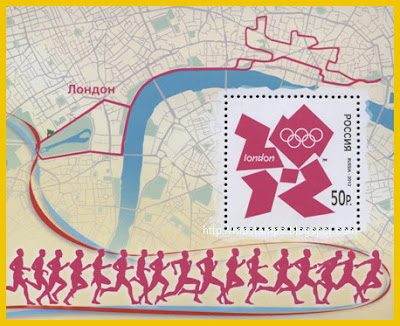 1000th anniversary of the unification of the Mordovian and Russian State.

On 20th July 2012 Russia Post released a stamp to commemorate 1000th anniversary of the unification of the Mordovian people and the peoples of the Russian state. 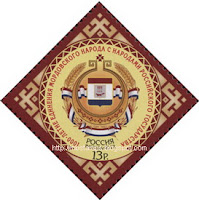 Russia Post released a Joint stamp with spain on 17th July 2012 dedicated to the famous architectural works of art in both countries. The stamp decipts Church of the Savior on Spilled Blood in St. Petersburg (Russia) and Episcopal Palace in Astorga (Spain). 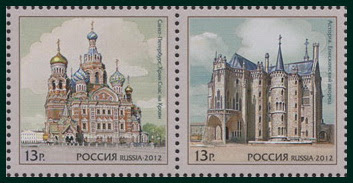 The Church of the Savior on Spilled Blood is one of the main sights of St. Petersburg. This Church was built between 1883 and 1907 on the site where Tsar Alexander II was assassinated and was dedicated in his memory.

The Episcopal Palace of Astorga is a building by the famous Catalan architect Antoni Gaudi. It was built between 1889 and 1913. Designed in the Catalan Modernism style, it is one of only three buildings by Gaudi outside Catalonia. 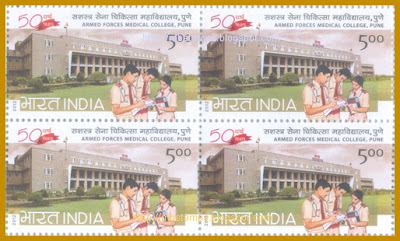 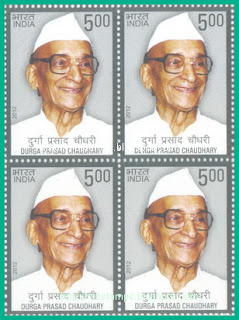 Russia Post released a stamp (overprint) to commemorate the winning of World Hockey Championship of 2012 on 6th July 2012. 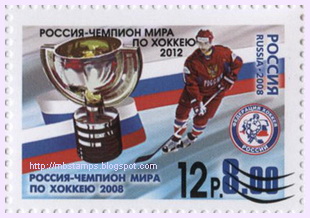 Russia reclaimed the title of World Ice Hockey championship on May 20, 2012 held at Helsinki, Finland.The stamp is the overprint of the earlier stamp which has the year 2008 and the face value overprinted from 8 Rubles to 12 Rubles. Also with the text overprinted as "Russia - the world champion ice hockey 2012"

Russia Post released a stamp to commemorate 75 years of first transpolar flight on 6th July 2012. The stamp depicts the ANT-25-1 and a map of the route. 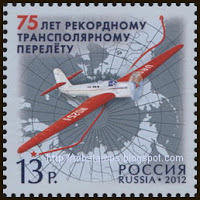 On June 20, 1937, a Soviet-built ANT-25 monoplane landed at Vancouver's Pearson Air Field, completing the first airplane flight from the Soviet Union to the United States across the North Pole.