A Special cover to celebrate the centenary of Residential High School was released on 26th June 2022 at Chennai. 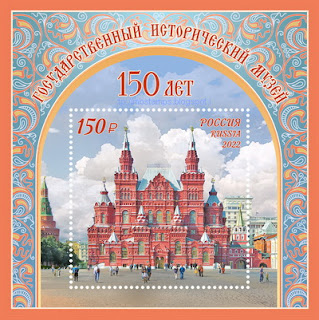 The State Historical Museum is the largest national historical museum of Russia. It was founded in 1872 upon order of Emperor Alexander II. Since 1990, the Museum has been on the UNESCO World Heritage List as part of the Red Square ensemble.
Posted by Mansoor Bolar at 10:30 AM 0 comments

A Special cover was released on the occasion of the Foundation Day Celebrations of Heritage Group of Institutions on 25th June 2022 at Kolkata. 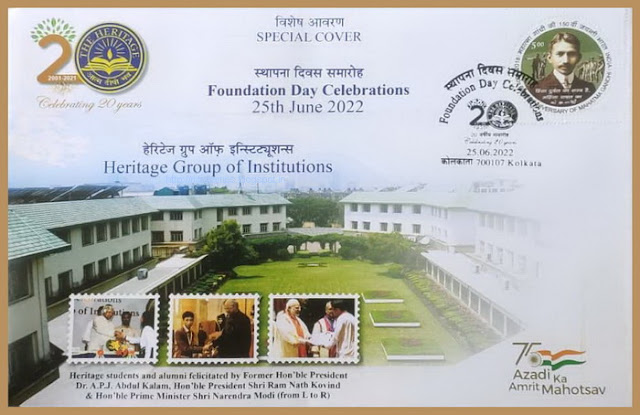 Russia Post released a miniature sheet to celebrate 100th Birth Anniversary of Boris S. Ugarov (1922-1991), painter, the President of the Academy of Arts of the USSR on 7th February 2022 depicting portrait of B. Ugarov against the background of the studio with his artworks; the stamp features his painting October (1964, State Museum of Political History of Russia). 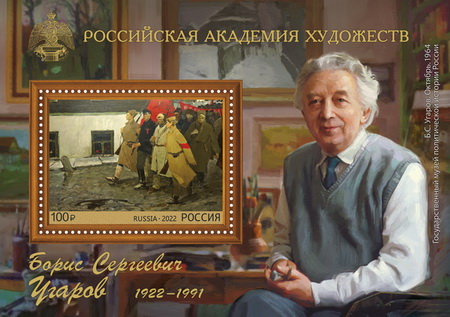 A Special cover is released was released on the occasion of the centenary year celebrations of the Bengal Club at Mumbai on 18th June 2022.

India Post released a stamp on the occasion of 44th FIDE Chess Olympiad held at Chennai on 20th July 2022. 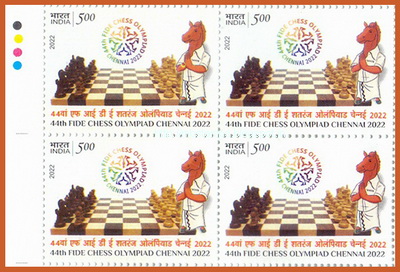 Russia Post issued a set of 4 stamps on the State awards of the Russian Federation on 2nd February 2022 featuring medals For Works in Agriculture, Development of Railways, Culture and Arts and the Luka Krymsky Medal. 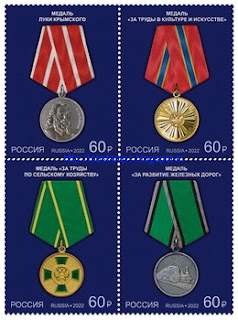 A Special cover was released to celebrate 111 years of dedicated service of Kashmir Forest Training School on 5th June 2022 at Srinagar.

A Special cover on Waynad Robusta Coffee was released on 17th June 2022 at Sulthan Bathery.

A Special cover on the World Environment Day was released on 5th June 2022 at Kolkata. 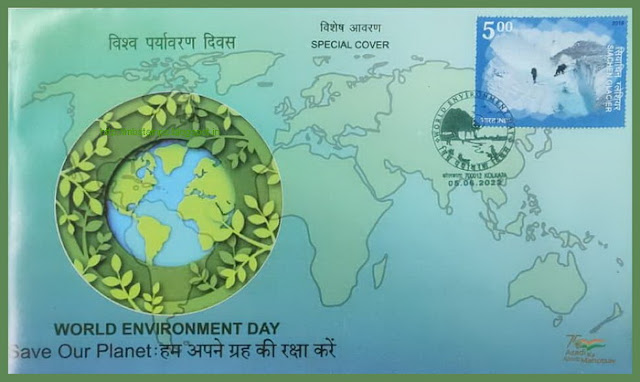 Two Special covers were released on the Wayanad Jeerakasala and Gandhakasala Rice on 17th June 2022 at Sulthan Bathery. 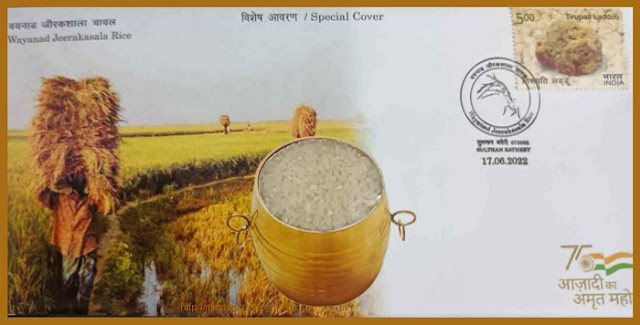 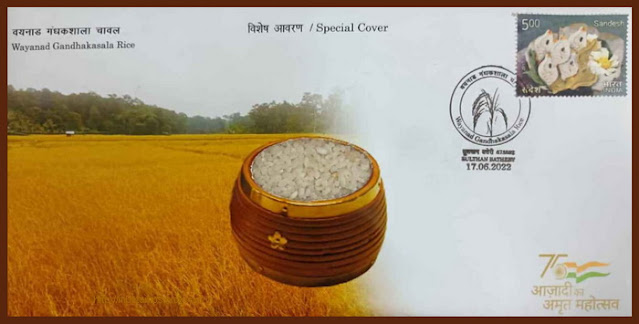 Russia Post released a set of 4 stamps on songbirds of Russia depicting images of a black-headed bunting, a yellow-headed kingfisher, a jay and a robin on 27th January 2022. 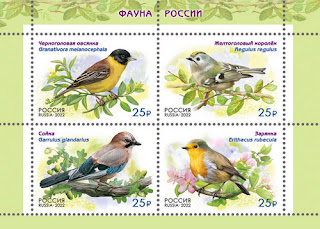 Songbirds are predominantly members of Passeriformes, wood habitants in the forest, capable of producing harmonious sequences of sounds that are perceived by humans as songs. There are more than 5,000 species in the world common in all countries.

Most of these birds are migrants, but there are also resident ones, who do not leave their usual inhabitations for the winter. They feed on insects and spiders, seeds, berries, fruits and grains of plants, and flower nectar. They live in nests, in pairs, keeping typically to flocks; they are not afraid of people and always settle nearby.
About 300 species of songbirds live in Russia. The well-known and most beautiful of them are a bunting, a kinglet, a jay, a robin, a chaffinch, a siskin, an oriole, and a greenfinch.
Posted by Mansoor Bolar at 10:30 AM 0 comments

A Special cover on the Union Budget was released on 11th June 2022 at Panaji.

Russia Post released a stamp on the theme Stories and Myths of Russia on 20th January 2022 with images of fairy tale personages from poem Ruslan and Lyudmila by Aleksander Pushkin. 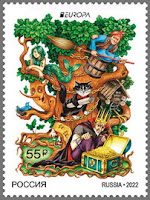 In Russia, mythology is closely and inextricably linked to pagan culture; it is filled with tales of gods, rituals, and customs. Over the course of history, people had been inventing various mystical creatures to explain the unknown world around them. As time went on, many of the characters took root and became part of the culture of the peoples; they safeguarded, helped to gather a rich crop, to bring prosperity, recover from diseases and donated happiness. Many of them are described in the narratives of Russian writers. For example, in poem Ruslan and Lyudmila by Aleksander Pushkin we read a passage about a sacred place Lukomorye and fairy tale personages living there: a learned cat, a mermaid, Kashchey, Baba-Yaga, and a warlock.
Posted by Mansoor Bolar at 10:30 AM 0 comments

A Special cover was released on the occasion of 4th centennial celebration of the canonization of  St. Francis Xavier on 26th May 2022 at Pizhala. 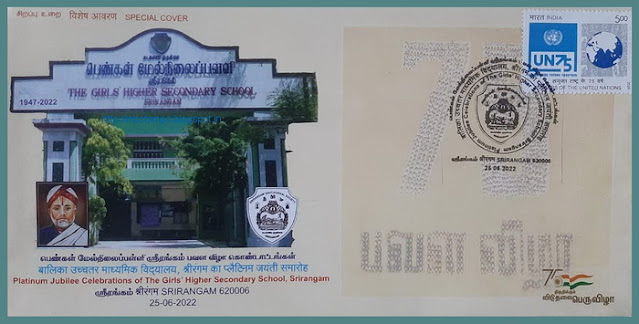 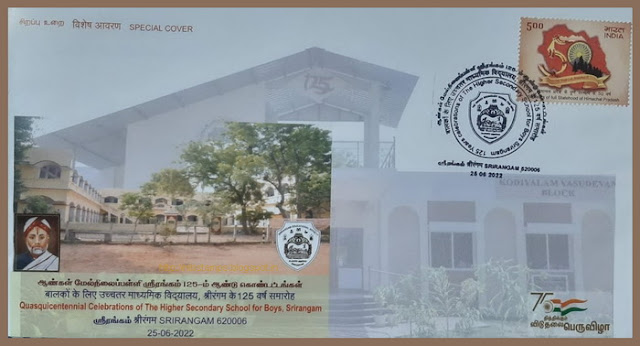 A Special cover was released to celebrate the 250th Birth Anniversary of Raja Rammohun Roy  on 22nd May 2022 at Kolkata. 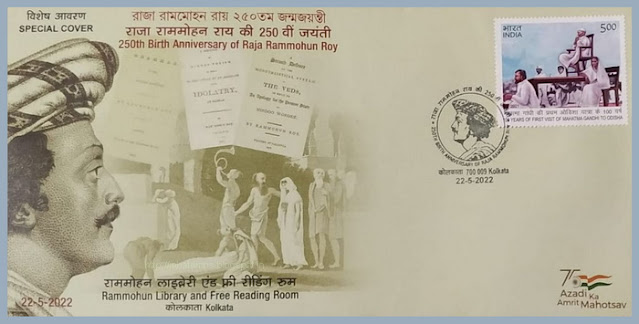 Russia Post issued a stamp on 12th January 2022 to celebrate 100th Birth Anniversary of Nicolay G. Basov, scientist, the founder of quantum electronics and Noble-Prize Winner depicting his portrait and fragments of formulae and the logo of the Kvantovaya Elektronika journal. 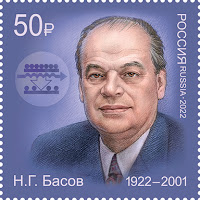 A Special cover was released to bring awareness on the Eco restoration Policy 20021 at Vikas Bhavan on 22nd May 2022.

A Special cover was released to celebrate the Platinum Jubilee of Central Leather Research Institute India on 19th May 2022 at Chennai.

Russian Union of Industrialists and Entrepreneurs.

Russia Post issued a stamp on Russian Union of Industrialists and Entrepreneurs on 17th December 2021 with its logo and it's building. 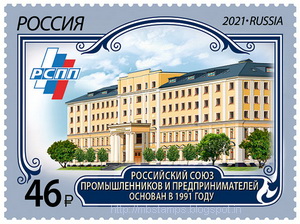 The Russian Union of Industrialists and Entrepreneurs is an all-Russian organization representing the interests of business community.

Russia Post issued a stamp on the occasion of the 80th anniversary of Victory in the Great Patriotic War of 1941-1945 - People's militia of 1941 on 15th December 2021 with images of militiamen from different layer of society against the Red Square in Moscow.

The people's volunteer army during the Great Patriotic War consisted of military and paramilitary units of persons unliable to the time-urgent mobilization call-up; these units were intended to provide support to the Red Army.The postage stamp provides.
Posted by Mansoor Bolar at 5:30 PM 0 comments

A Special cover on the Bengaluru Suburban Rail - Laying of Foundation Stone for India's Most Integrated Suburban Rail Project , Rural to Urban, Global to Local.was released at Kommaghatta on 20th June 2022.

Russia Post issued a miniature sheet on the Painters of Moscow on 14th December 2021. 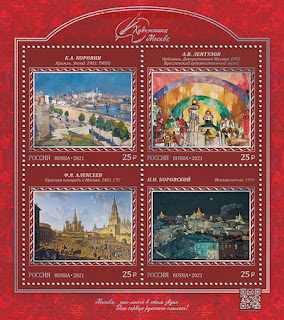 Moscow is the capital of Russia, the largest city in the country in terms of population, a hero city. With its historic buildings, streets and monuments, the city used to attract and is still attracting famous artists from around the world, who picture the city in all its beauty in their paintings.
The postage stamps provide reproductions of the following pictures:
— Kremlin. Sketch (1903) by K.A. Korovin, (Tyumen Museum-Educational Association);
— Nebozvon. Decorative Moscow (1915) by A.V. Lentulov (Yaroslavl Art Museum);
— The Red Square in Moscow (1801) by F.Ya. Alexeev (State Tretyakov Gallery);
— Moscow at Night (1999) by N.I. Borovskoy.
Posted by Mansoor Bolar at 5:30 PM 0 comments

A Special cover was released on the occasion of the centenary celebrations of Indian Psychoanalytical Society at Kolkata on 5th April 2022. 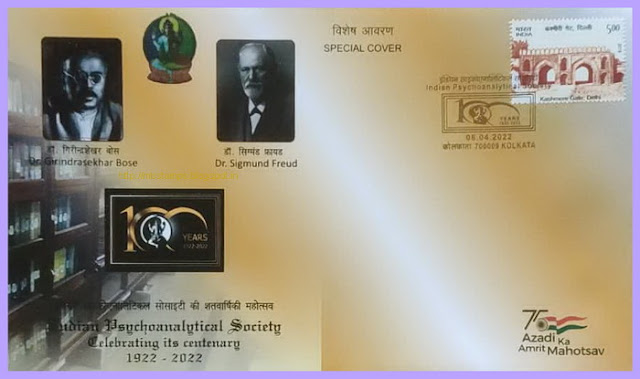 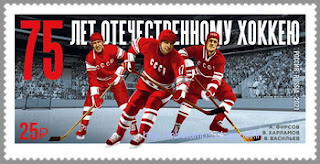 A Special cover to celebrate 100th year of  Karmayogi Dr.M.S.Ramaiah was released at Bengaluru on 22nd April 2022.

Some of the covers released on the occasion of the Yoga Day Celebration on 21st June 2022 at places like Ajmer, Chennai, New Delhi, Dibrugarh, Indore, Hyderabad, Kolkata and Bhopal. 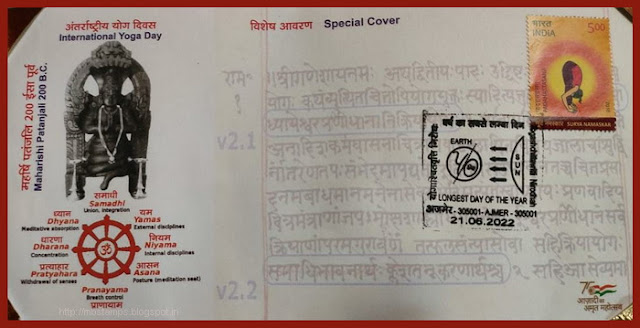 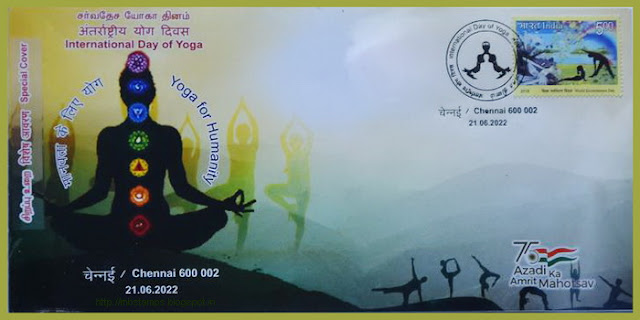 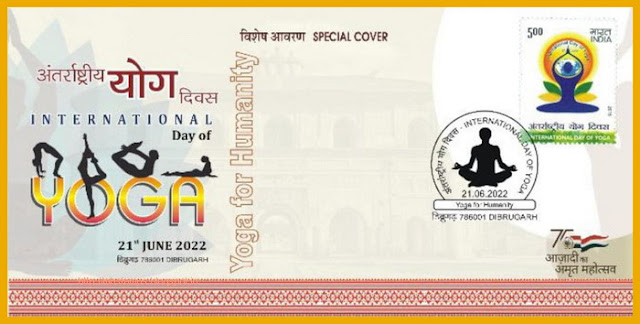 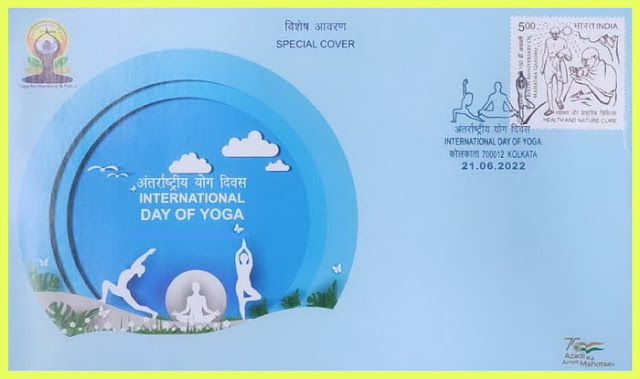 Russia Post released a miniature sheet to celebrate 100 years of the Republic of Dagestan on 10th December 2021. 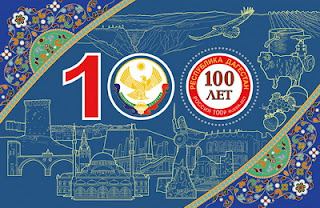 The postage stamp bears the inscription “100 years. The Republic of Dagestan". On the sheet there is the coat of arms of the Republic of Dagestan, a national ornament, citadel of Naryn-Kala in Derbent, defensive tower in Itzari, Uytash airport arch, the central Juma Mosque and the Kumyk Theater named after A.P. Salavatov in Makhachkala, Avar Music and Drama Theater named after Gamzat Tsadasa, and the monument "Partu Patima" in the village of Kumukh, Laksky district; Khitsib complex-museum "Vatan", Chirkeyskaya HPP.
Posted by Mansoor Bolar at 5:30 PM 0 comments

A Special cover was released on the occasion of the International Day of Plant Health on 12th May 2022 at Rajendranagar.

A Special cover was released to celebrate 25 years of NSDL on 7th May 2022 at Mumbai. 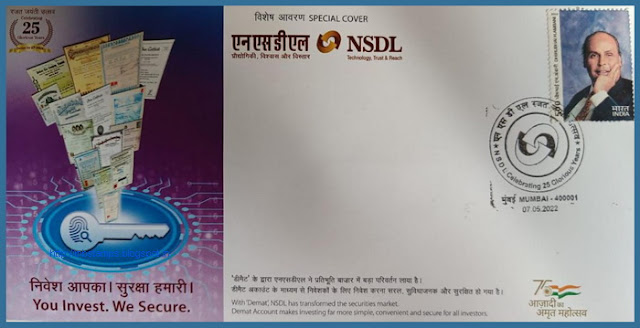 Russia Post issued a round shaped stamp of a stylized snowflake, made on self-adhesive paper on 9th December 2021 as New Year Greetings. 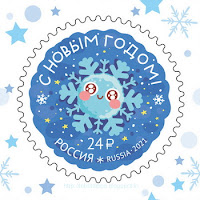 A Special cover on Bhim Janmabhoomi was released at Mhow on 13th April 2022. 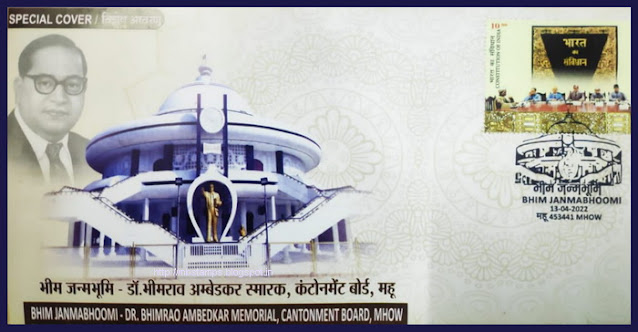 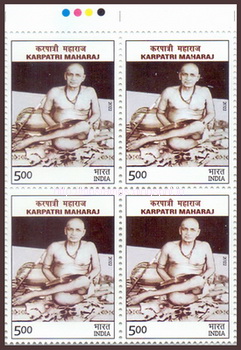