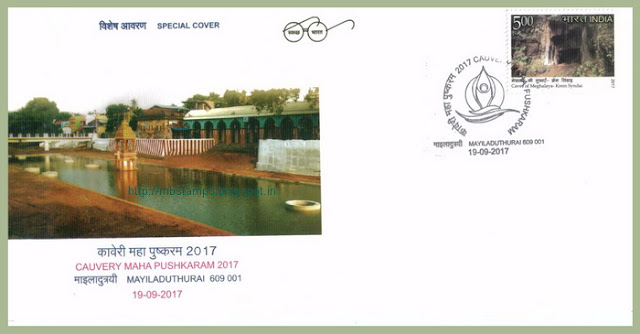 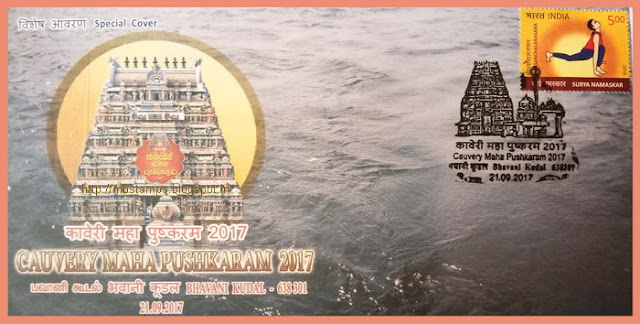 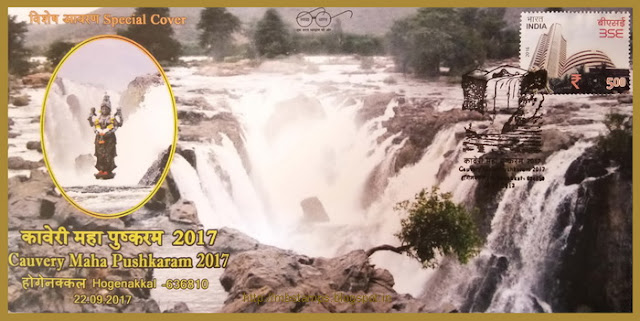 A Special cover was released to celebrate the centenary of  the Sabarmathi Ashram on 29th June 2017 at Ahmedabad.

A special cover was released for decennial celebrations of Forum for Better Bapatla on 10th July 2017 at Bapatla.

A special cover was released on Friends of Tribals Society at Kolkata on 13th August 2017. 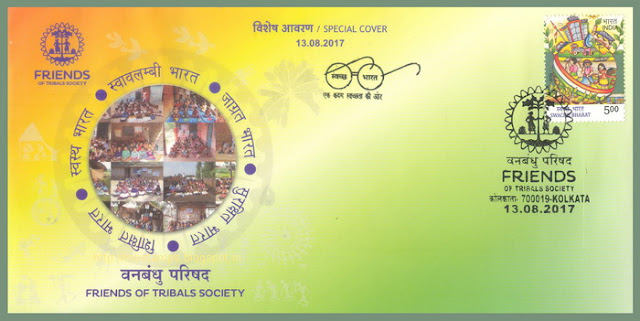 The Friends of Tribals Society (FTS), or Vanbandhu Parishad, is a volunteer organization formed in 1989 with the goal of improving literacy and health among the Adivasi, rural tribal people in India. The society operates one-teacher schools in the villages, led by trained members of the local community.

A special cover was released to celebrate the Golden Jubilee of Hanumanthanagar Co-op Bank Ltd, Bengaluru on 23rd Septtember 2017. 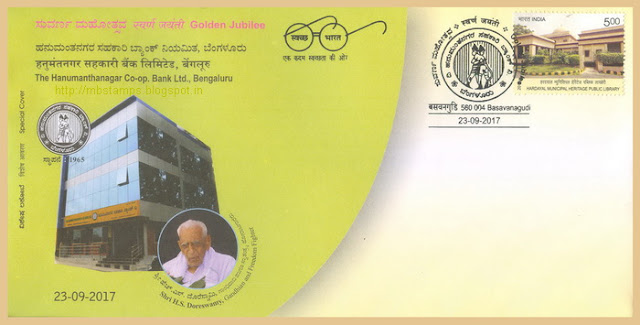 The Hanumanthanagar Co-operative Bank Limited was established on 24.8.1965 in Hanumanthanagar, Bengaluru under the leadership of centenarian Shri HS Doreswamy, Gandhian and Freedom Fighter. The bank is giving satisfactory service to the customers and running in profit and completed 50 years. 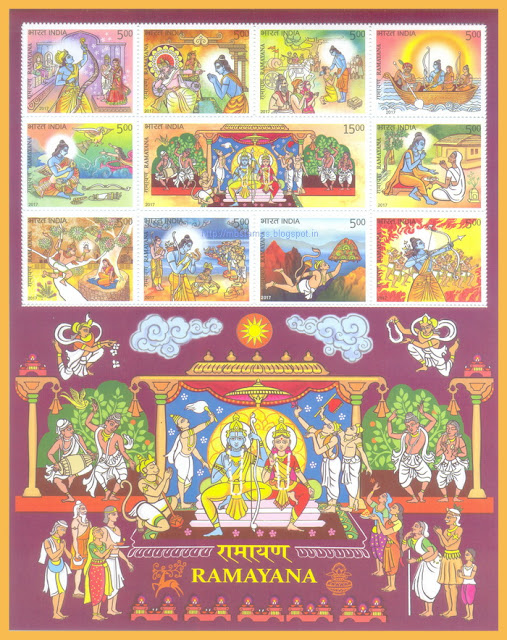 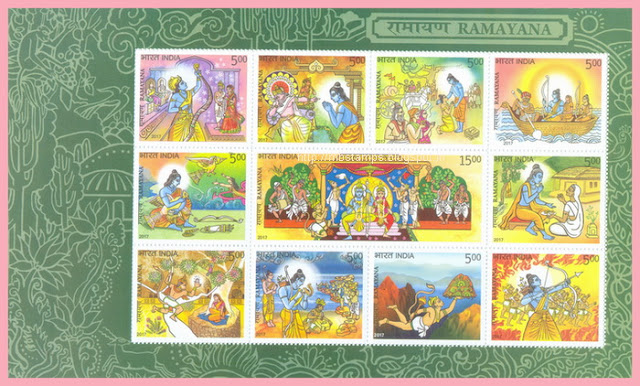 This special cover was released on 12th September 2017 to commemorate 25 years of  Kannada University at kamalapura, Hampi. 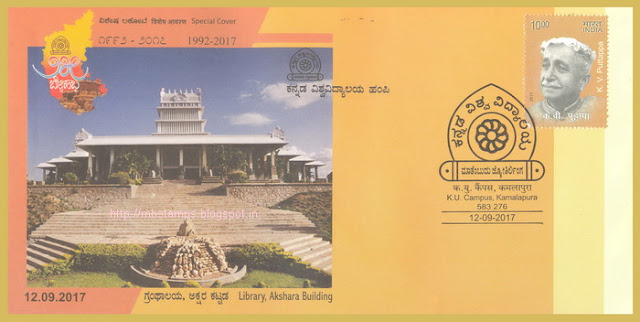 Kannada University was established with a big dream to research, document and preserve the identity of Kannada. Materializing its set aims and goals, the University has completed 25 years.

India Post issued a set of 2 stamp and miniature sheet jointly with Canada on 21st September 2017 on the theme Diwali. 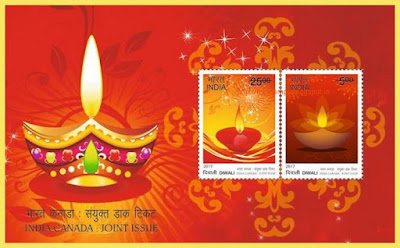 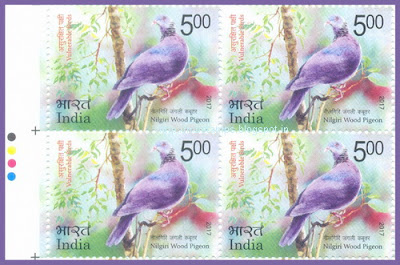 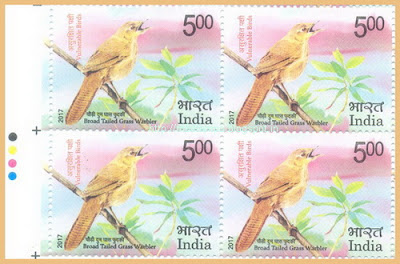 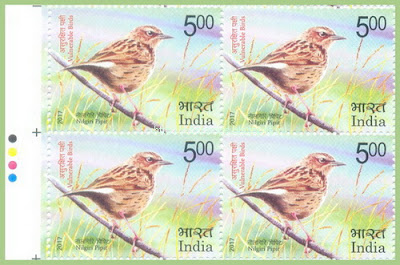 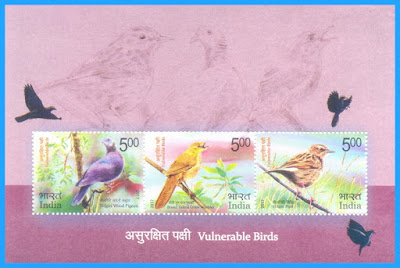 A special cover was released on 5th July 2017 on the occasion of 22nd Asian Athletics Championships held from 5th to 9th July, at Kalinga Stadium, Bhubaneshwar.

Russia Post released a set of 2 staamp on the Heroes of Russian Federation on 23rd March 2017.

Maj. Sergey Anatolyevich Ashikhmin (1977–2012) was a serviceman of the FSB Special Purpose Center and Pvt. Vadim Konstantinovich Yermakov (1972–1996) was a gunner of the military unit 3724 of the North-Caucasus District of the Internal Troops of the Ministry of Internal Affairs of the Russian Federation. 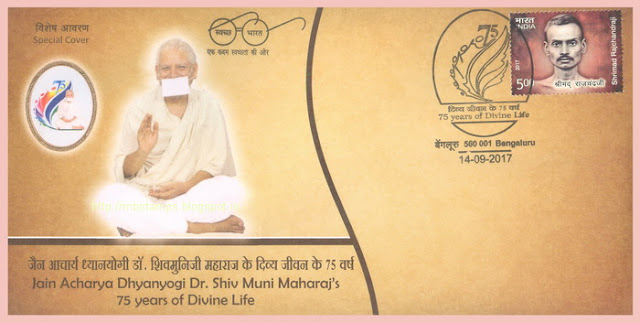 A special cover was released to introduce Postman Mobile App at Ranchi on 4th June 2017.

India Post released a Joint issue with Belarus on 12th September 2017 on the occasion of 25th Anniversary of establishing diplomatic relations between India and Belarus. 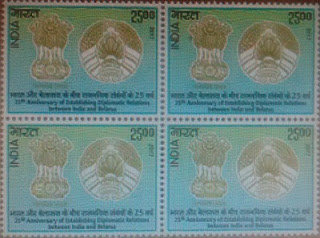 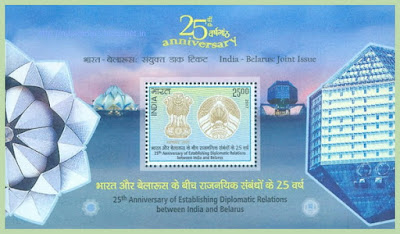 A special cover was released to commemorate Dr.APJ Abdul Kalam Memorial on 27th July 2017 at Peikarumbu, Ariyangundu in Tamil Nadu.

A special cover was released on 18th August 2017 on Taj Bavadi - Rejuvenation of tanks and wells in Vijayapura. 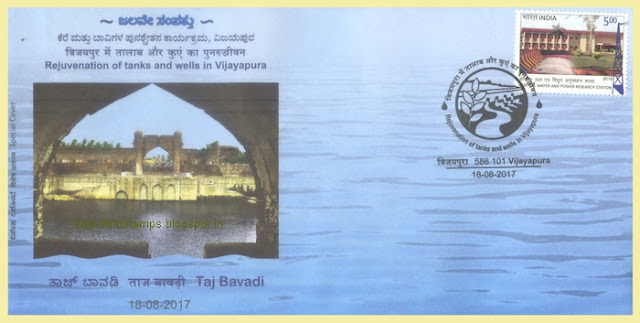 Vijayapura (Bijapur) set an exemplary move for combating drought and achieving self-sufficiency in water utilization by rejuvenating traditional water resources and employing traditional water harvesting techniques. Taj Bavadi is a heritage well built in 1620 by Ibrahim Adil Shah in memory of his queen Taj Sultana. Among such heritage wells, locally known as Bawadies, Taj Bavadi occupies first place with its size and grandeur. Such 20 heritage wells were rejuvenated with the aid of local donors, special grant from the Water Resource Ministry of Govt. of Karnataka through City Corporation.

Australia post issued a set of 3 stamp on Shipwreks on 29th August 2017featuring artist's impressions of three historic and protected shipwrecks, together with a recovered artifact.

Since the 1600s more than 8,000 shipwrecks have been recorded as occurring in Australian waters, of which only one-quarter have been located. Once located, however, wrecks and their relics reveal much about life on board the ship, the competence of the crew, and the social, political and commercial climate in which each journey took place.

The Zuytdorp was one of a string of Dutch VOC trade ships to fall foul of the West Australian coast and the “Roaring Forties” winds during the 17th and 18th centuries. It wrecked just south of Shark Bay, sometime in June 1712, against what are now known as Zuytdorp Cliffs. The ship was carrying highly valuable cargo, including thousands of silver coins valued at 250,000 guilders, intended as trade for spices and other ‘exotic’ goods. Wreck artefacts were discovered near the site in 1927 (so 90 years ago in 2017) including silver coins dated 1711 (such as that featured on the stamp), and these coins helped archaeologists in the 1950s and 60s to identify the wreck site as that of Zuytdorp. There is an area of the wreckage site called the “carpet of silver” because of the number of coins that still remain there.

The painting used in the stamp design is by VOC specialist and artist Adriaan De Jong. The silver coin from the wreck is part of the Western Australian Museum collection.

The second stamp features paddle steamer Clonmel was arguably the first luxury steamship to operate in Australian waters and a stark contrast to its slow and uncomfortable predecessors. The Clonmel departed Sydney on only its second voyage in December 1840, with 80 passengers and crew. On 1 January 1841, the Clonmel struck a sandbar on the east coast of Victoria. All on board were saved, though the highly valuable cargo of bank notes and expensive drapery had been thrown overboard in a desperate attempt to save the ship. The wreck is the oldest located steamship wreck in Australia and an important archaeological site. The shipwrecks event also helped to draw attention to an alternate access route to the rich grazing land now known as Gippsland.

The painting of the Clonmel is by maritime artist Ian Hansen. The crystal decanter and stoppers, which symbolise the luxurious nature of the ship, are part of the Heritage Victoria collection.

The third stamp features HMS Pandora, which sank on the Great Barrier Reef on 29 August 1791 on her way home to England, had first successfully located the HMS Bounty and captured most of her infamous mutineers. The Pandora pistol symbolises the dangerous quest of capturing the mutineers and keeping them prisoner on board the ship and is one of more than 7,000 artefacts recovered from the wreck. 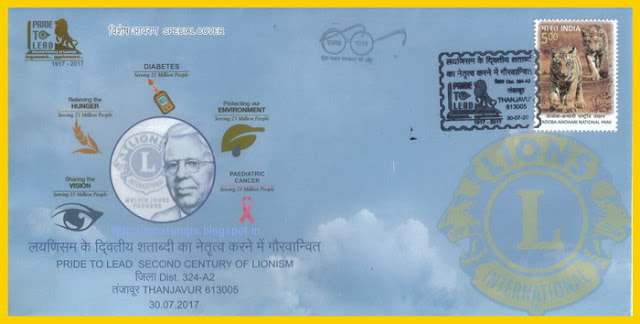 Chalapathi Institute of Engineering and Technology

A special cover was released to celebrate 10 year of Chalapathi Institute of Engineering and Technology on 19th March 2017. 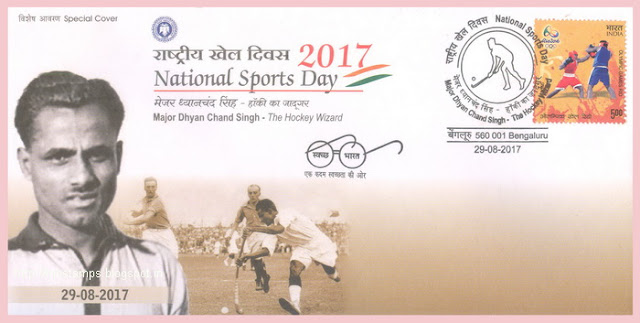 The "National Sports Day (Rashtriya Khel Divas)" is observed every year across India on 29th August to mark the birth anniversary of one of the greatest sports legends - Hockey King Shri Dhyan Chand Singh (born on 29th August 1905 in Allahabad, Uttar Pradesh).Officially known as 'Major Dhyan Chand' and often referred to as "The Hockey Wizard" for his incredible hockey skills and extraordinary goal-scoring feats, in addition to earning 3 Olympic gold medals for India in field hockey in 1928 (Amsterdam), 1932 (Los Angeles) and 1936 (Berlin).