A Special cover was released on the occasion of Lions Club, 26th District Installation Ceremony on 13th August 2022 at Lucknow. 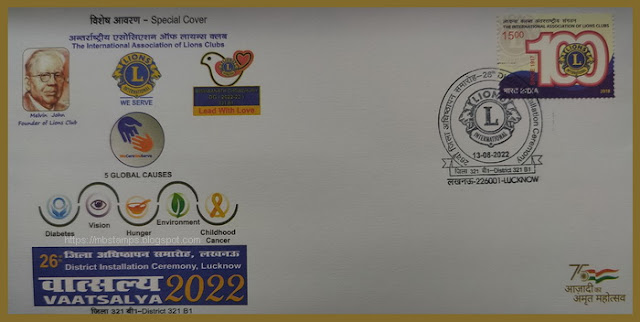 A Special cover was released for the centenary celebrations of Mangaluru Sharadhe on 26th September 2022 at Mangaluru. 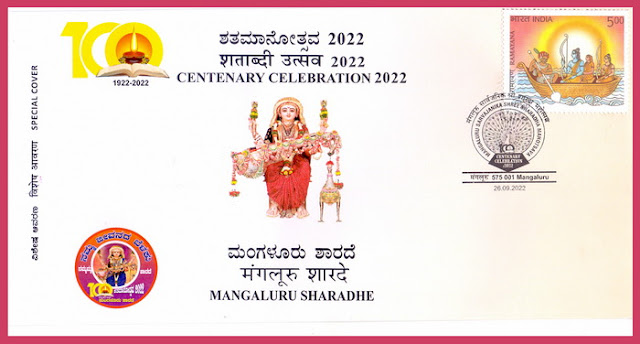 Traditionally Saraswati Pooja was being performed during Navratri to the manuscripts and books at Sri.Acharya Math, in the premises if Sri. Venkatramana Temple, at Car Street in Mangaluru. This was transformed onto Shree Sharada Mahotsava, a century ago, with the objective of uniting the citizens of Dakshina Kannada District during the freedom movement.In this grand public event, statue of Saraswathi in clay is worshiped.

A Special cover was released to celebrate the 75th year of Mount Carmel College at Bengaluru on 8th July 2022. 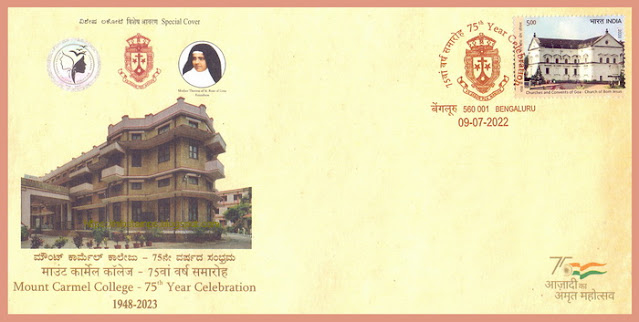 Mount Carmel College, Bengaluru is a reflection of the vision and Mission of our Foundress, Mother Teresa of St.Rose of Lima. The Carmelite Sisters of St.Teresa (CSST) dedicated ti the cause of value-based quality education, believe in the power of Empowering Students to  be 'Agents if Change'. Having empowered generations of women, MCC celebrates its 75 years of "Herstory" - scripting success stories of Confident, Competent & Compassionate Carmeites. Looking forward to the future with a commitment to build a New India.

A Special cover was released to celebrate the Golden Jubilee of Karnataka Forest Development Corporation Limited on 25th June 2022. 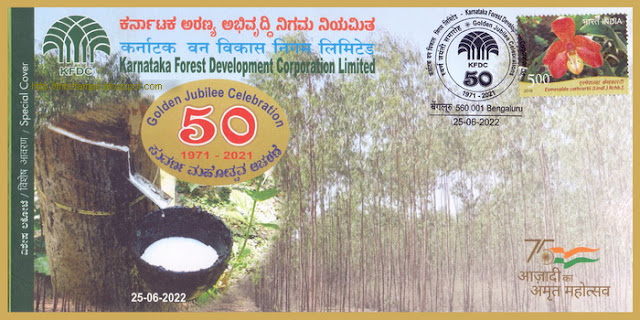 National Forest Development Corporation Limited was incorporated as a fully Government owned Company in the year 1971. The main objectives of the Corporation include raising of forest plantations of different species to provide for the industries that use these products as raw materials. The affairs of the Corporation are being managed by a Board of 12 directors. The Chief Executive of the Corporation is the Chairman and Managing Director in the rank of Principal Chief Conservator of Forests/Additional Principal Chief Conservator of Forests who is assisted by 2 Executive Directors one at Shimoga for Eucalyptus, Teak etc., and another one at Mangalore for Rubber.

India Post released a book "IndiaPost@75" which is written by Dr.Charles Lobo on the occasion of the celebrations of 75 years of Indian Independence. 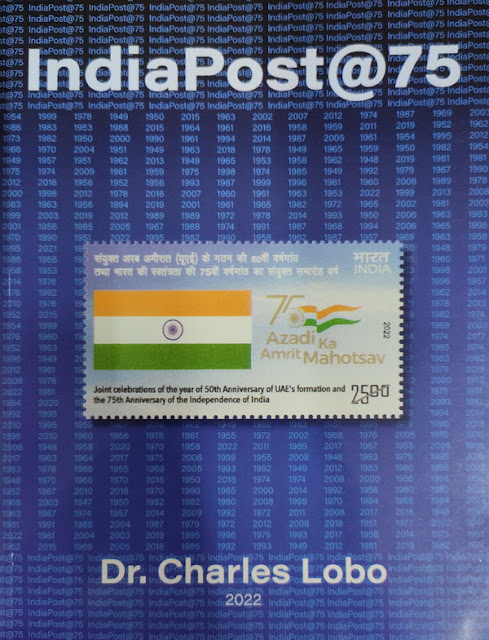 This Book is available at all Philatelic Bureaus and important Post Offices in Karnataka.

A Special cover was released on the occasion on the Silver Jubilee celebrations of the Belagavi Edition of the Kannadaprabha Newspaper on 17th September 2022 at Belagavi. 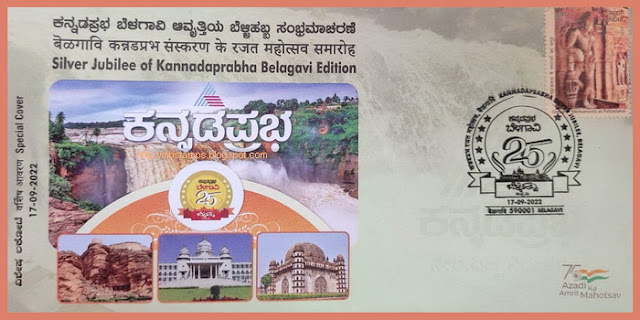 Order of Merit in Culture and Art

Russia Post released a stamp on the Order of Merit in Culture and Art on 29th April 2022.

A Special cover was released in remembrance of Mohammed Rafi on the occasion of his 98th Birthday celebrations on 24th December 2021 at Kolkata. 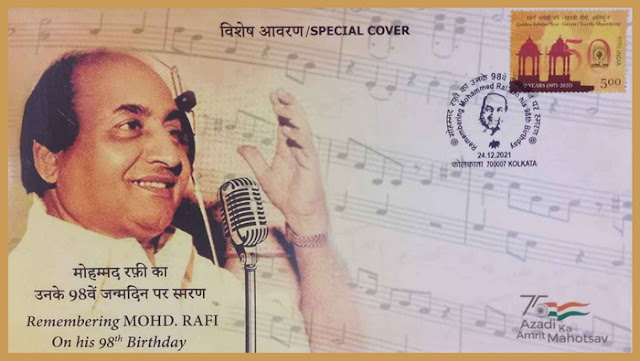 Russia Post released a stamp with an image of the Monument to Road-Builders Warriors on 22nd March 2022.

The Monument to Road-Builders Warriors was unveiled on May 7, 2002. It is established in Odintsovo District of the Moscow Region on the 71st km of the M-1 Belarus highway at the intersection of Mozhaisk and Minsk highways.
Posted by Mansoor Bolar at 10:30 AM 0 comments

A Special cover was released on 4th June 2022 to celebrate 90 years of the Merchants Chamber of Uttar Pradesh at Kanpur. 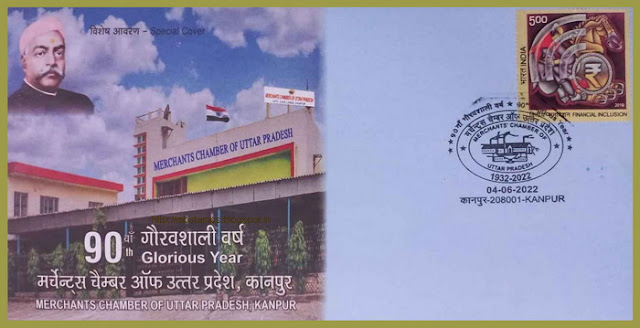 A Special cover was released to celebrate Protean - 25 years of Digital Transformation at Mysuru on 5th August 2022. 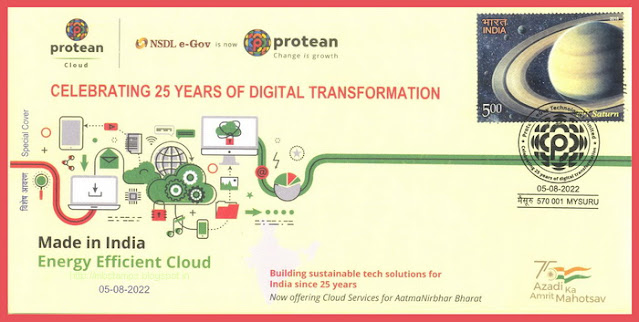 A Special cover was released on the occasion of the Diamond Jubilee celebration of AFMC Graduate Wing on 4th August 2022 at Wanowrie.

Certificate of Limca Book of Records 2020-22 has been presented to renowned Philatelist Mr. Sudhir Jain in a grand function held at Satna on 29th August 2022. 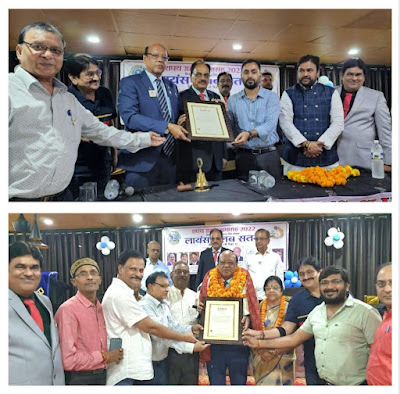 A special cancellation was issued at Patna to commemorate 75th year of Martyr's Memorial erected in memory of seven young unsung brave hearts who sacrificed their lives, responding to Gandhi's clarion call ' Do or Die' during August Revolution of 1942. 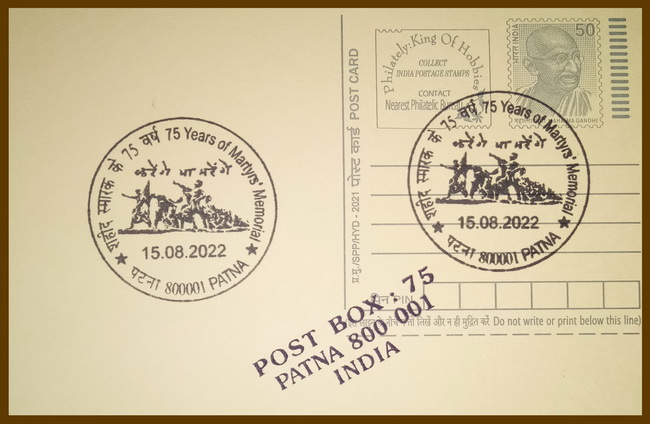 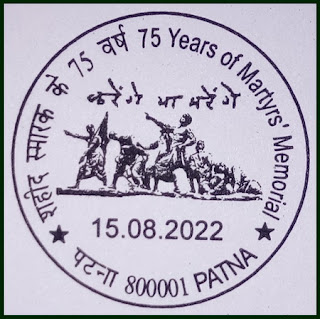 The cancellation depicts the memorial and Gandhi's call "Do or Die". It was on 11th August 1942 that seven young students, in a bid to hoist the Tricolor Flag  on the secretariat, were gunned down. The memorial was sculpted by Debi Prasad Roy Choudhury. 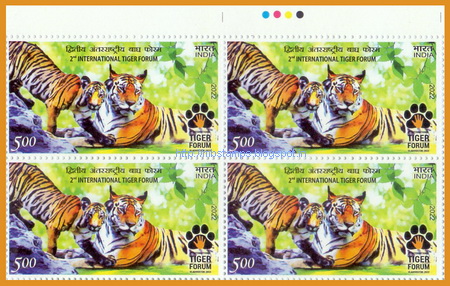 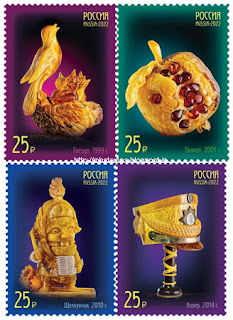 The Kaliningrad Amber Factory was established on July 21, 1947, on the basis of the Koenigsberg Amber Manufactory. This is the only Russia's and the world's largest industrial enterprise for amber mining and processing.
Posted by Mansoor Bolar at 10:30 AM 0 comments

A Special cover on the Waigaon Turmeric was released on 7th July 2022 at Wardha.

A Special cover was released on the Sri Gavimath at Koppal on 29th June 2022.