A Special cover was released at Guwahati on 15th June 2018 to celebrate the FIFA World Cup at Russia.

Russia Post released a stamp on 200th Birth Anniversary of Karl Marx , Philosopher and Economist on 4th May 2018.

A special cover was released on 27th April 2018 at Kolkata on the occasion of 50 year of Brand Rupa. 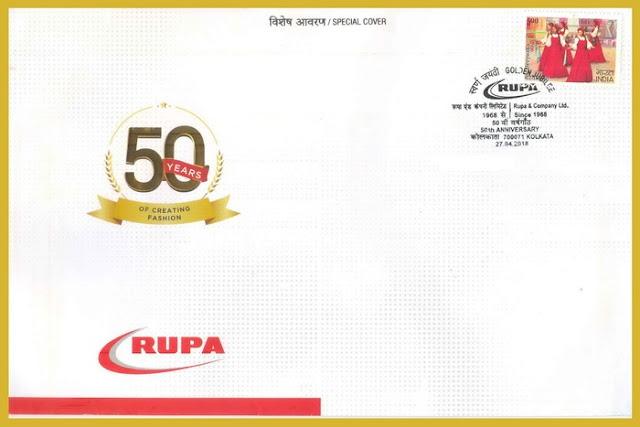 
Synonymous with quality and durability, Rupa brands are integrated across the hosiery value chain and cater to all the sections of society. The company has grown through innovation and developing products that have continued to appeal to every discerning customer the world over.

The messages are written on a piece of paper, inserted into plastic capsule and tied to the feet of the Belgian Homer Pigeons and transported to a destination. 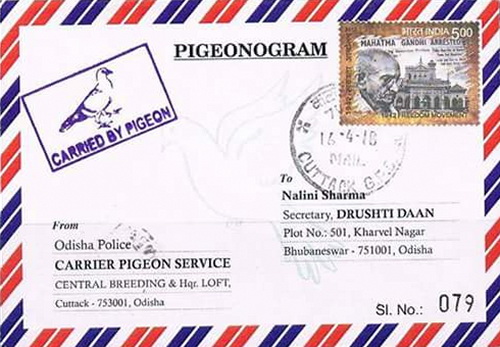 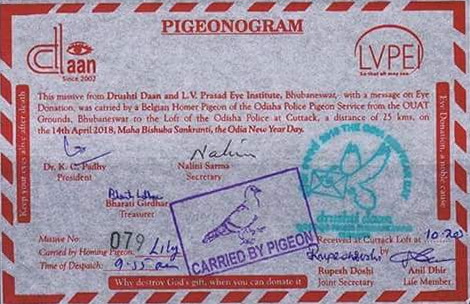 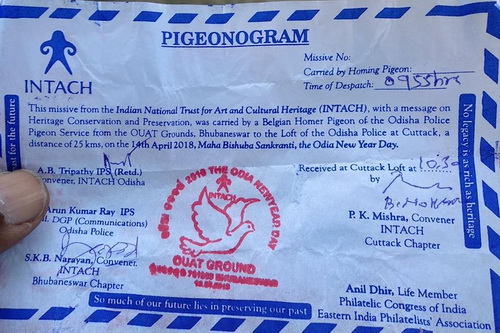 The service was put to test on 14th April 2018 when the Odisha Police, in association with the Bhubaneswar chapter of Indian National Trust for Arts and Cultural Heritage (INTACH), flew 50 pigeons at OUAT Grounds here to deliver missives of heritage conservation to Cuttack, 25km away and it reached in an hour. 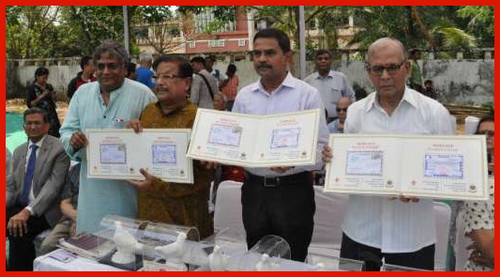 Former DGP and state convener of INTACH, A B Tripathy, praised the police department for preserving the age-old tradition.SP (signal) BN Das said Odisha was the only state in India to use carrier pigeons to communicate among police stations.The Odisha Pigeon Service started in 1946 when 200 pigeons were handed over to police personnel by the army on an experimental basis to communicate in areas with no wireless or telephone links, Das said. 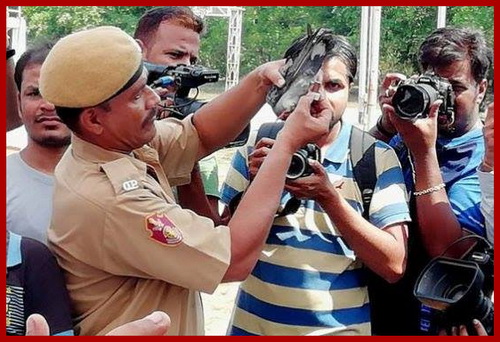 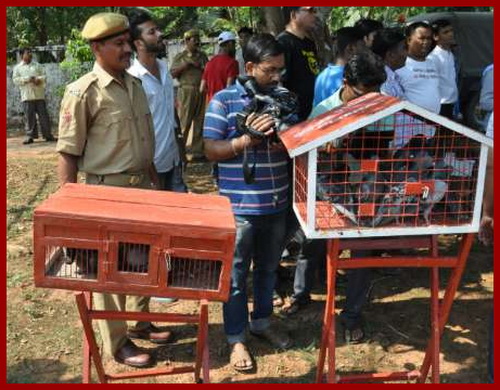 The messages, written on a piece of paper, were inserted into plastic capsule and tied to the feet of the Belgian Homer Pigeons, which can fly 25 km in just 15 to 25 minutes and live up to 20 years, he added.

A special cover was released on Road Safety at Ranchi on 27th April 2018.

A special cover was releasd on ISAR at Kolkata on 20th April 2018. 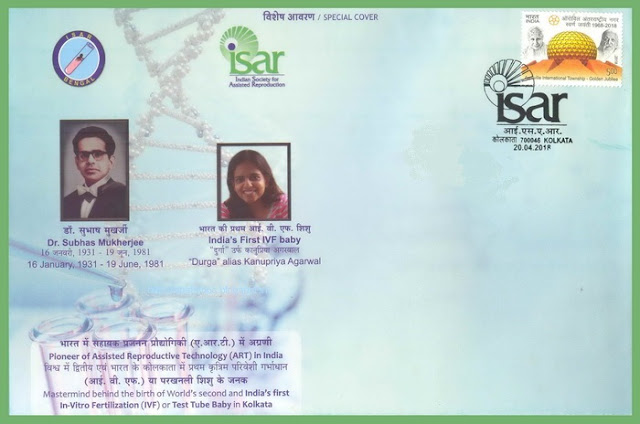 
Kolkata was the first to witness ovarian stimulation in IVF, transvaginal approach for ovum pickup, cryopreservation of human embryos and transfer of an embryo in subsequent cycles. Mukherjee's path-breaking achievements have been replicated all over the world as the most effective approach for IVF.


The Royal Society of Medicine has recognised him as one of three scientists from Kolkata, for his outstanding contribution to medicine. 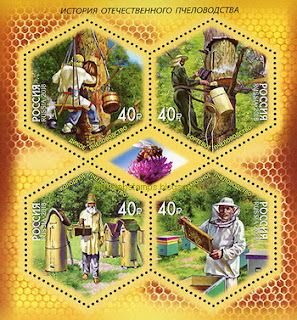 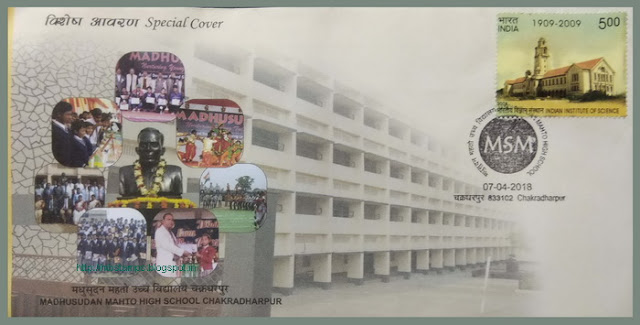 A special cover was released to celebrate International Francophone Day 2018 at Chandigarh on 20th March 2018.

A special cover was released on the occasion of the Diamond Jubilee of Maritime Warfare Centre at Kochi Naval Base on 7th July 2018.

On the occasion of the 50th Sanyam Swarn Jayanti Mahotsav of Pujya Jain Acharya Vidhyasagar Ji Maharaj, a special cover was released at Satna on 17th July 2018. 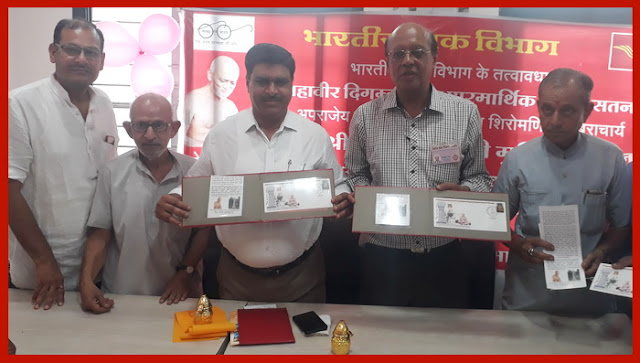 A special cover was released to celebrate 125th Anniversary of Professor P.C.Mahalanobis on 29th June 2018 at R.V. Vidyaniketan. 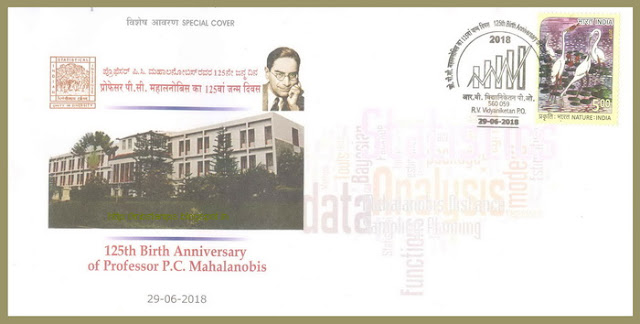 Two special covers were released on the occasion of EIPEX - 2018 held at Bhubaneshwar on 11th May 2018. 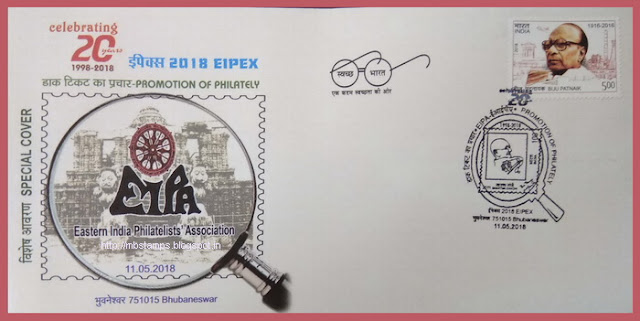 Russia Post released a stamp on the 30th International Exhibition for Information and Communication Technology SVIAZ 2018 on 24th April 2018 featuring its official logo. 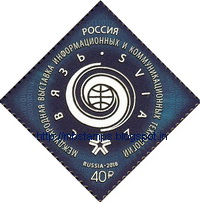 A special cover was released on BSF Wives Welfare Association at Delhi on 22nd May 2018. 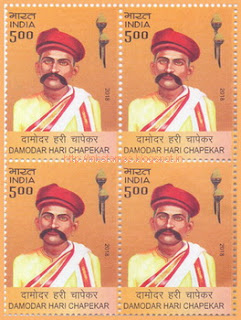 A special cover was released on 21st June 2018 at Koramangala on the Akshar Yoga as part of 4th International Yoga Day. 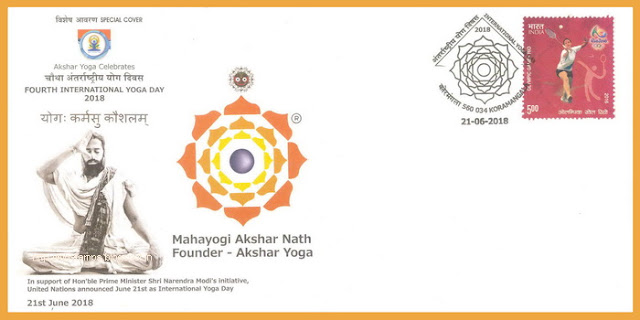 International Yoga Day is celebrated on 21st of June every year across the world. Akshar Yoga Academy was established in the year 2010, in Bengaluru and is now one of the largest yoga chains in the country. Over the last eight years, Grand Master Akshar has taught Yoga all over the world. The Academy is having teachers representing it in many countries such as Australia, Iran, France, U.S., Japan etc. Akshar Yoga works to propagate Yogic traditions whilst developing innovation in Yoga.
Cover Code: KTK/46/2018
Courtesy: Suresh Rao, Bengaluru. 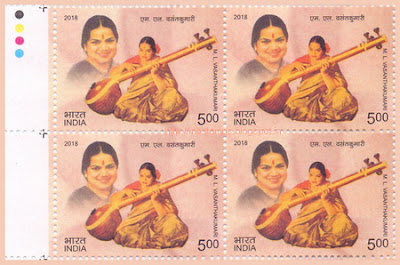 The Institute of Chartered Accountants of India

India Post released a stamp to celebrate 70 years of The Institute of Chartered Accountants of India on 1st July 2018. 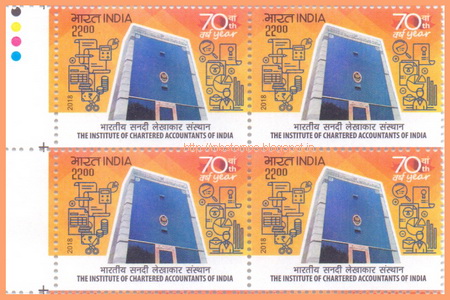 A special cover was released to celebrate Mahatma Gandhi's First Arrival at Allahabad on 5th July 2018. 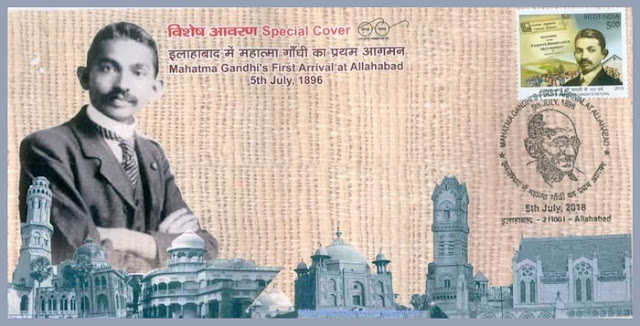 Russia Post released a stamp on the occasion of 75th anniversary of the National Research Centre “Kurchatov Institute” on 12th March 2018 featuring its logo, which is Russia’s leading research and development institution. 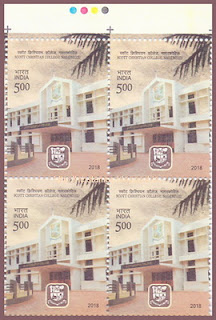 A special cover was released on 4th July 2018 to celebrate the sesquicentenary of St. Joseph's Higher Secondary School, Cuddalore. 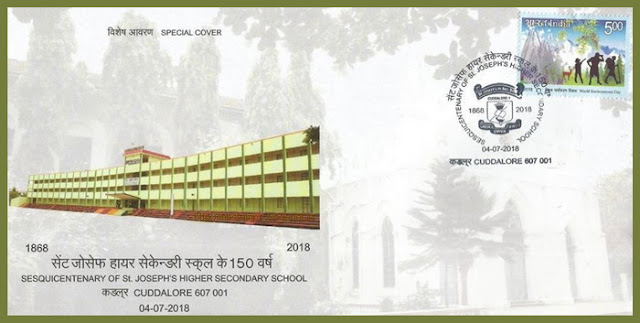 A Special Cover was released to commemorate the historic maiden International cricket test match between India and Afghanistan at Bengaluru on 15th June 2018. 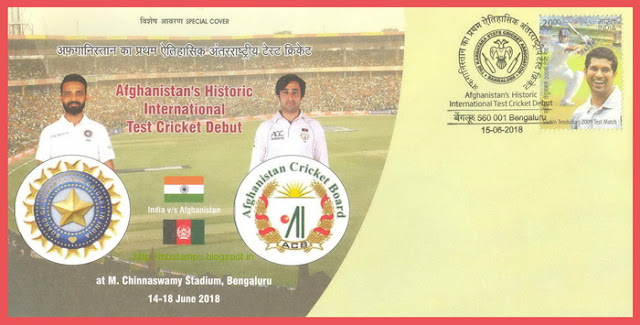 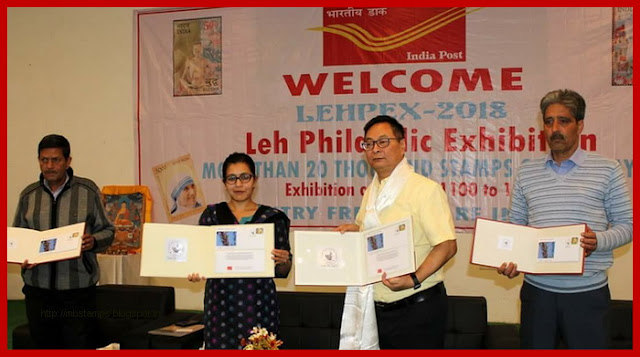 A special cover was released on 12th March 2018 on the Pt. Deendayal Auditorum, Raipur. 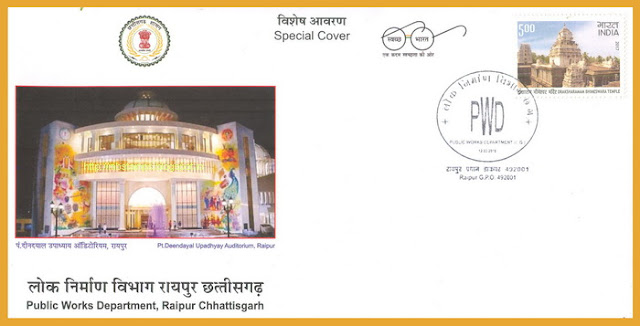 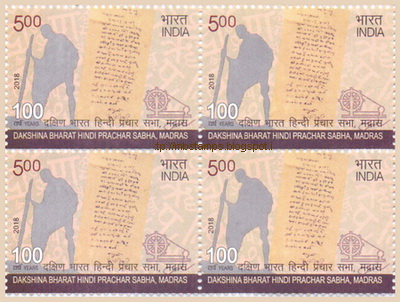 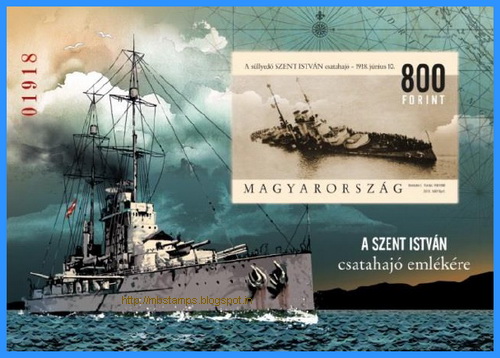 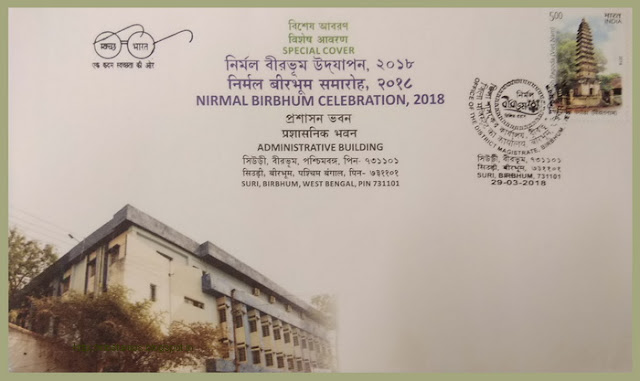 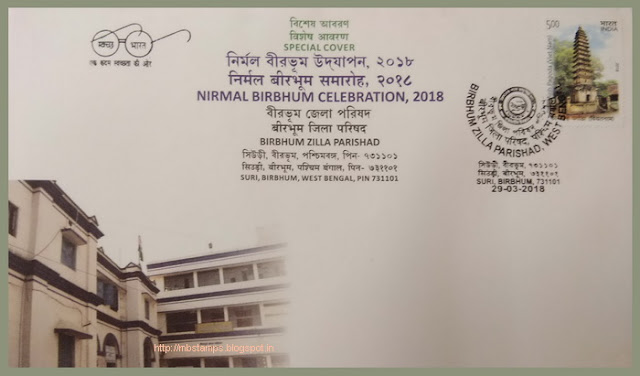 A special cover was released on 16th February 2018 on Salasar Balaji Mandir at Raipur.