It is news for all Stamp Collectors that India Post has opened its online shop at eBay. visit the India Post site at www.indiapost.gov.in for the news.

But I am surprised that why did it have to go to e-bay? Why not sell stamps through its own website? Interesting! I would like comments on this.

250th Anniversary of Birth of Nelson.

Gibraltar celebrates the 250th anniversary of the birth of Horatio Nelson with an issue of 6 stamps. 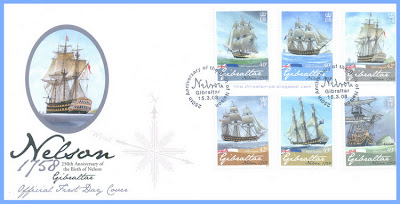 Here are some of the Postal Stationery released by India Post with the Logo of Indipex - The world Philatelic Exhibition to be held at Delhi from 12 to 19 Feb 2011.

The battle commenced on October 21, 1805 with Nelson's famous words signaled to his fleet: "England expects that every man will do his duty." It was one of the greatest sea battles in British history and gave birth to a legend. Off the coast of Spain's Cape Trafalgar Peninsula, the British Fleet, led by Lord Horatio Nelson, took on a combined French and Spanish force to determine who would be the master of the waves. England's very existence was at stake for France's Napoleon Bonaparte was poised to send his powerful army across the English Channel to conquer the island. The only obstacle standing in his way was the British fleet.

The battle of Trafalgar was the most decisive British naval victory of the war. Twenty-seven British ships of the line led by Admiral Lord Nelson aboard HMS Victory defeated thirty-three French and Spanish ships of the line under French Admiral Pierre Villeneuve off the south-west coast of Spain, just west of Cape Trafalgar. The Franco-Spanish fleet lost twenty-two ships, without a single British vessel being lost but Lord Nelson was killed. 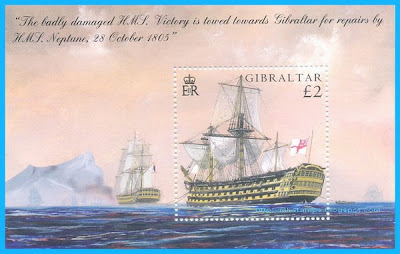 The damaged HMS Victory is being towed towards Gibraltar by HMS Neptune on 28th October 1805 after the battle of Trafalgar.
Posted by Mansoor.B at 4:30 PM 0 comments

Earlier in this blog, I had tried to discuss Miniature sheets, Souvenir Sheets, Maxim cards etc. Recently I had questions from beginners regarding a few Philatelic terms which I have decided to answer today.
Imperforate - simply speaking, stamps without any perforations. Stamps in the beginning did not have any perforations and had to be separated using a blade or scissors from a sheet, which sometimes was cut through the design and keeping it straight was an art not specialised by many. Also one had to keep a cutting instrument at hand. Late on an easy way that was devised, was to use perforations to separate stamps from a sheet which is in use even today. A few countries still print imperforate stamps occasionally as collectors fancy. But Imperforate stamps that were intended to be perforated are treated as errors.
A classic example of imperforate is the world’s first stamp the Penny Black. 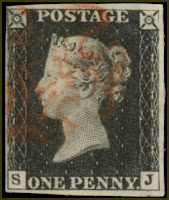 Specimen Stamps – Generally sample stamps overprinted using the words “SPECIMEN” and are not valid for postage. They are samples of new stamps, distributed to the various countries through the UPU for purposes of identification and record or to the philatelic press and trade for publicity purposes.
A recent specimen Stamp of Philippine - 2006 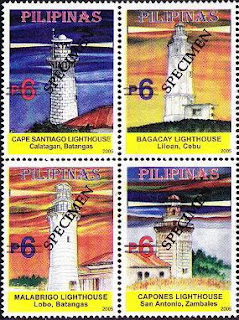 Die-Cut stamps – Die-cut is also a form of separation of stamps like perforation which is used recently and are mostly common in case of self-adhesive stamps. In countries like , die-cut stamps are usually separated by serpentine (wavy) cuts. Other countries often use straight cuts. They also use various shapes or patterned edges and also have been die cut into the shapes of country maps, flowers, fruits and many other shapes. In few of the recent Miniature sheets we come across both die-cuts and perforations. Die-cut stamps are not used in .
A die-cut stamp from Australia (serpentine) 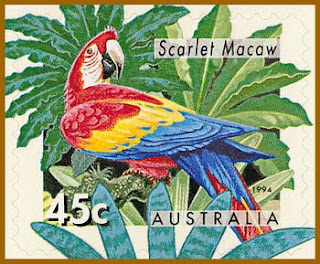 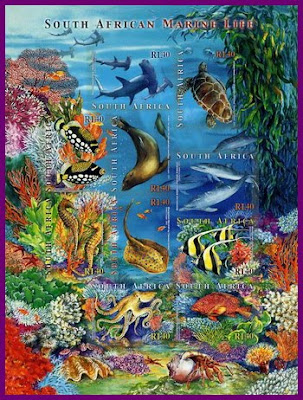 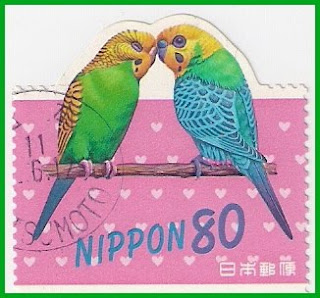 A die-cut Miniature sheet  from Pitcairn Islands where the outer shape of the MS is odd shaped  (dragon fly) and stamps with perforation. 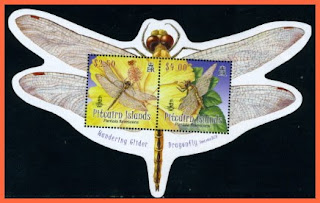 There may be other types of combination too.
Your COMMENTS are most welcome.
(I request all Readers, Senior Philatelist to comment on the above terms and to add a few points which may further enlighten and help all of us)
Posted by Mansoor.B at 4:38 PM 0 comments

The World famous Car Festival of Puri popularly known as 'Rath Yatra' is the biggest car festival of all.The festival commemorates Lord Jagannath's ( Lord Krishna) annual visit to his aunt's home.The mammoth and spectacular Rath yatra is held in the month of June-july every year at Puri, the temple town in Orissa. It is both a religious and a cultural event.
Posted by Mansoor.B at 11:02 AM 2 comments 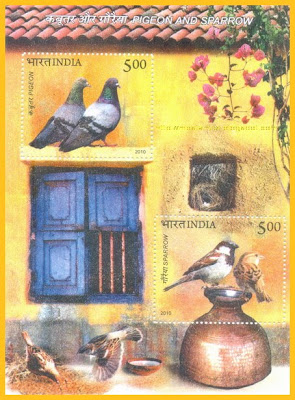 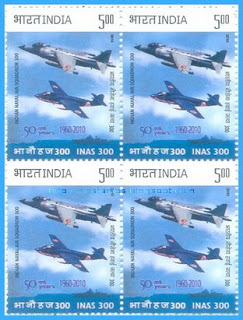 On 07th July 2010 the Department of Post released a Commemorative Postage Stamp in a special ceremony with Dr SS Sidhu, the Governor of Goa, as the Chief Guest. Chief of the Naval Staff, along with a number of senior dignitaries and notable veterans were present during the ceremony.
The White Tigers have built an enviable reputation for themselves and continue to remain at the forefront of Indian Naval Aviation.
Posted by Mansoor.B at 10:50 AM 0 comments 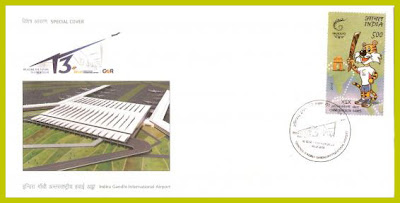 A Special Cover and postmark was released by Mrs.Sonia Gandhi, the Chairperson of UPA on the inauguration of the new T3 terminal at the International Airport, New Delhi, India, on 03 July 2010. The Prime Minister of India, Mr.Manmohan Singh was also present.
Posted by Mansoor.B at 11:16 AM 0 comments

500th Anniversary of Signing of the Treaty of Tordesillas. 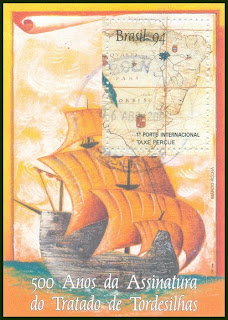 The Treaty of Tordesillas was a treaty  between Portugal and Spain where they agreed to divide up all the land on the Earth outside of Europe between the two of them, irrespective of who was already living there. Pope Alexander VI was the pope at the time of the treaty. He drew an imaginary line 480 km to the west of the Cape Verde Islands, Portugal had the land to the east and Spain, the land to the west of this line. As this treaty was signed in 1494 at Tordesillas it was named the Treaty of Tordesillas.
For further reading..... Click here
Posted by Mansoor.B at 11:46 AM 0 comments

A special stamp with the image of the 133 ft statue of ancient saint-poet Thiruvalluvar was released in commemoration of the first edition of World Classical Tamil Conference on 27th June 2010. 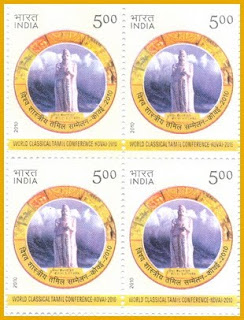 Union Telecom Minister A Raja released the stamp on the valedictory of the five-day historic event Chief Minister M Karunanidhi received the stamp at the grand function that brought down the curtain on the five-day event. 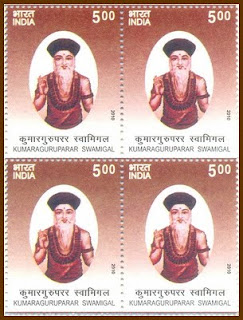 The logo of the conference has the image of Thiruvalluvar's statue in Kanyakumari being lashed by the waves caused by the tsunami and encircled by seven icons from the Indus valley civilization.


The Conference honored Robert Caldwell, who was the first to write a book on Dravidian languages and came out with the finding that Tamil, Telugu, Kannada, Malayalam and Tulu formed a separate language family, affirming their antiquity, literary history and their independence from Sanskrit and the Indo-Aryan languages. Caldwell's Stamp was released on 7th May 2010.
Posted by Mansoor.B at 11:48 AM 0 comments