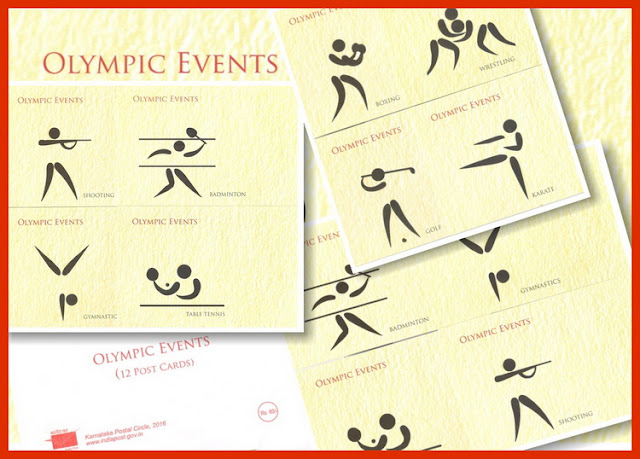 India Post released a Special Cover on the occasion of Gajamutthassi - Dakshayani on 27th July 2016.

Travancore Devaswam Board, the renowned charitable institution of Kerala is in possession of 33 elephants.  Among them the oldest elephant in captivity is the 85 years old female elephant, Dakshayani. She was donated by the Travancore royal family when she was five or six year old.

Russia Post issued a stamp on the Rosa Khutor Alpine Resort on 26th May 2016 depicting some of the hotels and restaurants of Rosa Khutor. 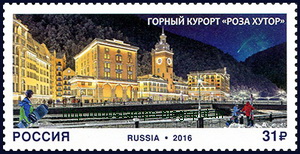 Rosa Khutor is a mountain resort in Krasnaya Polyana in the Adler District of Sochi, Krasnodar Krai. It is the largest venue of the XXII Olympic Games and XI Paralympic Games 2014. World Ski Awards named Rosa Khutor the best mountain ski complex three times, in 2013, 2014 and 2015.

A special cover on Tara Mata Temple was released in Himachal Pradesh on 29th April 2016.

The Department of Posts has released a Special Carried Cover which will be carried on the AirAsia aircraft from Bengalru to Chennai on 22nd July 2016. 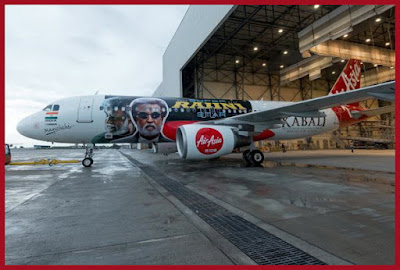 The Karnataka Postal Circle and Chennai City Region of the department have joined hands with AirAsia for the flight initiative. About 2,000 special covers will be flown on the aircraft.They will be flown back on the return flight same day with a seal confirming that the letters were received in Chennai. 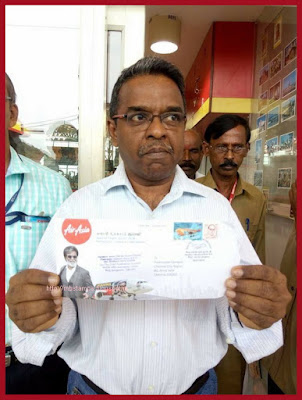 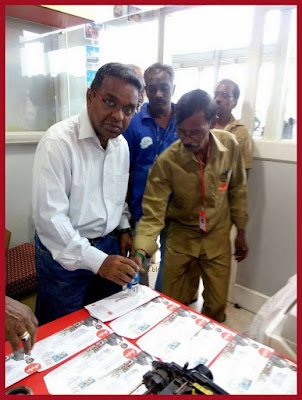 The cost of the cover will be Rs.100/- and will be available at the Philatelic Bureau of the Bengaluru (GPO) and Anna Road Head Post Office, Chennai. 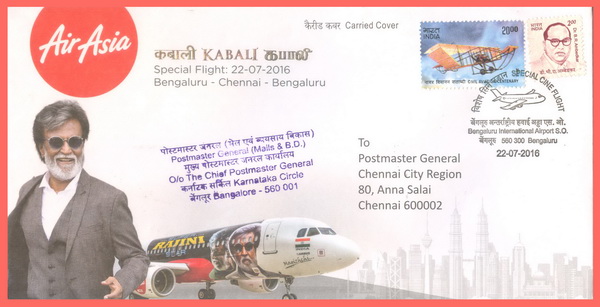 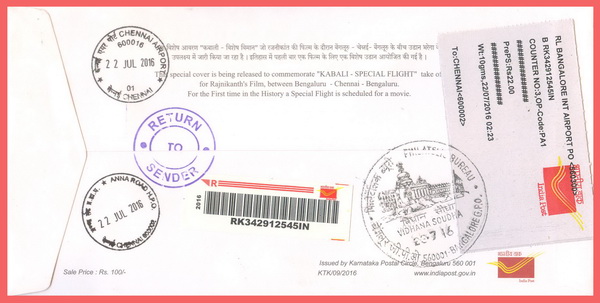 A special cover was released on the Baglamukhi Temple, Himachal Pradesh on 29th April 2016. 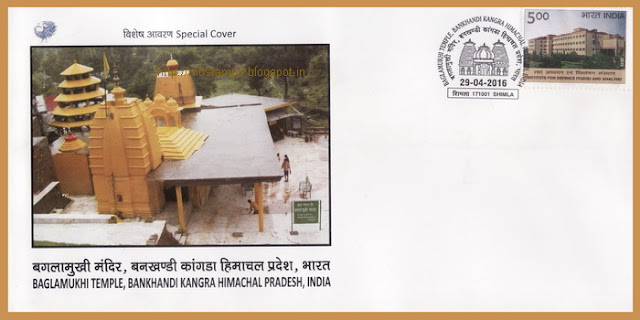 A special cover of Dhawaja Yatra of Shree Digamber Jain Agarwal Samaj was released in Kolkata on 17th July 2016.

A special cover on Mata Chitpurni Temple was released on 29th April 2016 at Himachal Pradesh.

A joint issue of stamps by Russia and Malta was issued on 25th May 2016 on the subject of Art. 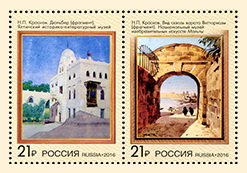 The postage stamps feature fragments of such paintings as Dulber from the Yalta Historical and Literature Museum and View from Vittoriosa Gate from the National Museum of Fine Arts of Malta.

A special cover was released to celebrate 15 years of Western Union at Thiruvananthapuram on 22nd June 2016.

A special cover was released to celebrate the Golden Jubilee of Coimbatore Medical College on 24th June 2016 at Coimbatore.

Coimbatore Medical College is a state run Medical College, established in 1966. Recognized by the Medical Council of India, it has emerged as the premier institution in the state to provide accessible, affordable, high quality, comprehensive, education and health care system. the institution has contributed immensely for the society and the growth in stature will continue forever. 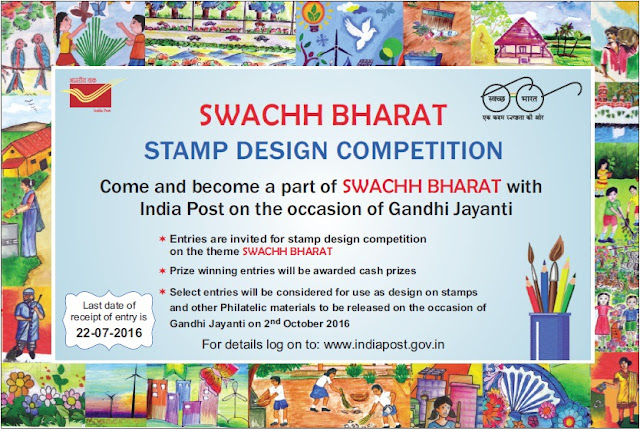 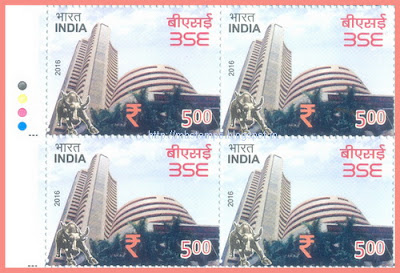 A commemorative stamp was released on 20th May 2016 Alexey Petrovich Maresyev (1916–2001) who was a legendary WWII military aviator and a Hero of the Soviet Union. 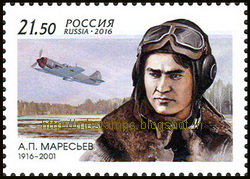 On the occasion of the Golden Jubilee Celebration of the Bhawanipur Education Society College a Special Cover was released on 26th May 2016 at Kolkata. 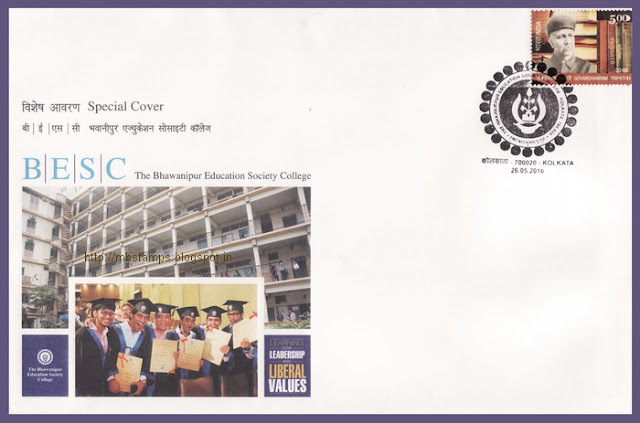 Posted by Mansoor Bolar at 9:45 AM 0 comments

Russia Post released a stamp on 6th May 2016 to commemorate the 2006 IIHF World Championship hosted by Russia. 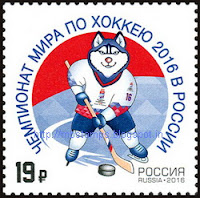 The postage stamp features an official mascot of the 2016 IIHF Ice Hockey World Championship: Laika the Dog in a hockey sweater.

On the occasion of 25th Annual Shukla Day Coin & Philately Fair a Special Cover was released On 22nd April 2016  at Mumbai. 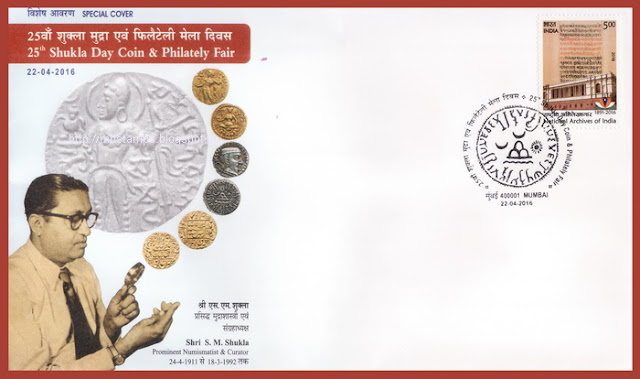 A Special Cover was released on the Garh of Raja Vishal at Vaishali on 19th April 2016.  Special Cancellation depicts Kolhua's Ashoka Pillar. 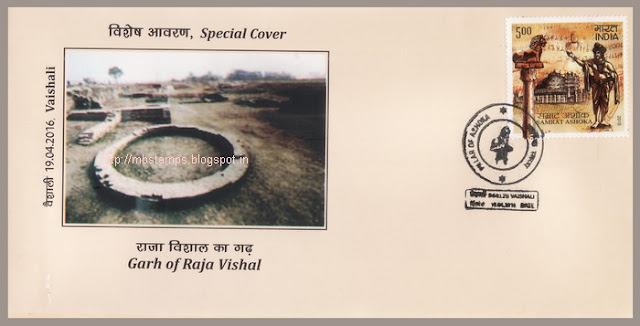 A special stamp was released by Russia Post on 27th April 2016 to commemorate 150th Foundation Anniversary of Notaries Institute of Russia.