A special cover was released by Special Projects of Association of British Scholars, Chennai to celebrate 25 years of its service in Chennai from 1985 - 2010. 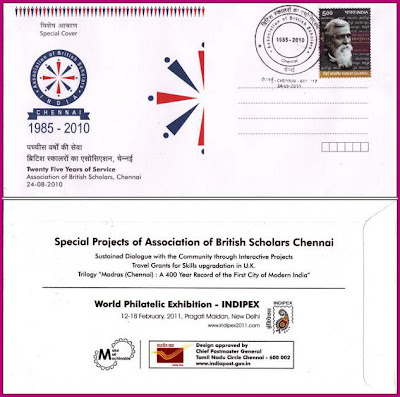 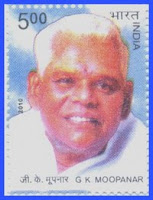 India Post released a stamp on G.K.Moopanar on 30.08.2010 a great statesman and political leader.
Posted by Mansoor Bolar at 3:20 PM 0 comments 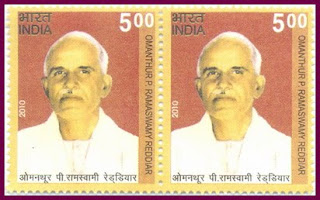 O.P.Ramaswamy Reddiar was a freedom fighter and was the first Chief Minister of Madras Presidency. He had brought many social changes and was able to implement several far reaching schemes. He introduced the Employment Exchange system and established the Home Guard system.India Post issued a stamp on 25th August 2010 which completes his 30th year of death.
Posted by Mansoor Bolar at 3:28 PM 0 comments 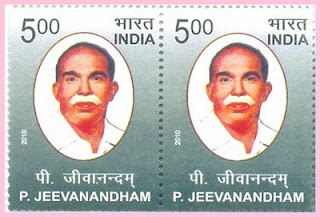 A stamp was released on P.Jeevanandham on 21st August 2010, a freedom fighter and Tamil writer. He was the founder of Tamil literary magazine "Thamarai" and the communist newspaper "Janasakthi".
Posted by Mansoor Bolar at 11:37 AM 0 comments

A  private special cover with the cancellation of Mangalore Philatelic Bureau was handed over to the Deputy Commissioner Shri. V. Ponnuraj at Surathkal Lighthouse on 16th August 2010 by Lions District Governor 324-D5 - J.K.Rao MJF, at Amateur (HAM) Radio Special Event Station as part of the International Lighthouse and Lightship week celebration. 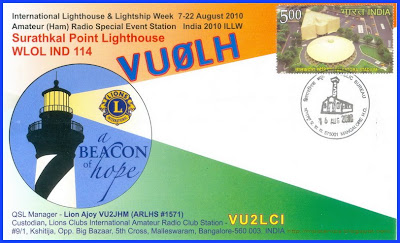 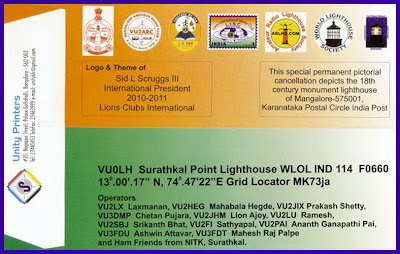 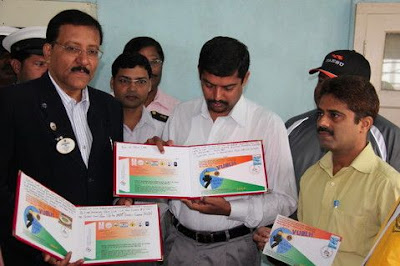 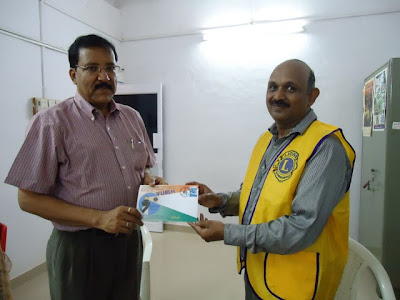 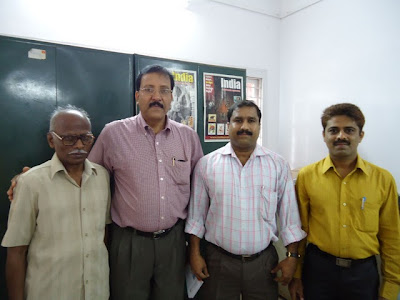 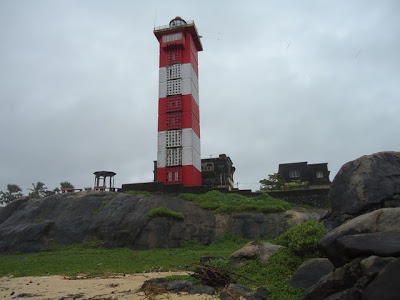 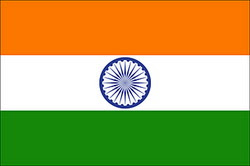 Wishing all my friends, viewers and fellow bloggers a very
HAPPY INDEPENDENCE DAY.
Posted by Mansoor Bolar at 8:30 AM 0 comments 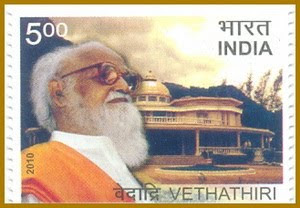 India Post released a stamp on Vethathiri Maharishi on 14th August 2010. He was a yoga guru and his contribution to yoga and meditation is of great importance. He established a World Community Service Centre having its headquarters at Chennai with more than 1500 meditation centers in India and abroad. He was also a practitioner of alternative system of medicines like Siddha, Ayurveda and Homeopathy. On 9th Jan 1975 he was invited to the United Nations to give talk on the "Value of Yoga and Meditation". He has written many book and poems in Tamil and English.
Posted by Mansoor Bolar at 3:31 PM 0 comments 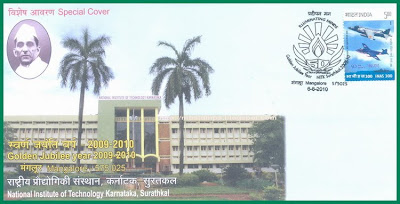 The photograph depicts Shri. U. Srinivas Mallya, founder of the National Institute of Technology, Karnataka (NITK) Surathkal. It is one of the Technical institutions of National Importance and it enjoys a very good reputation at National and International levels.
Posted by Mansoor Bolar at 11:11 AM 1 comments

The Jewel of Muscat is a replica of a 9th-century Omani ship, built through a joint effort by the governments of Oman and Singapore.

On 3rd July 2010, Jewel of Muscat arrives in Singapore to a spectacular and joyous welcome. She is welcomed by the President of Singapore H.E. S R Nathan and H.H. Sayyid Harib Bin Thuwainy Al-Said, representative of H.M. Sultan Qaboos Bin Said of the Sultanate of Oman. In a formal ceremony Jewel is handed over to the people of Singapore as a gift from Oman. Jewel will now be prepared for transfer to her permanent home the Experiential Maritime Museum at Sentosa Resorts World.
For more information and details visit the website of Jewel of Muscat
Posted by Mansoor Bolar at 9:23 AM 0 comments 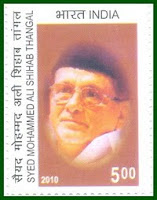 A stamp was released Syed Mohammed Ali Shihab Thangal on 2nd August 2010, a great religious scholar and social worker. He worked for the uplift of the downtrodden and in providing them with quality and value based education.He was also involved in politics as the president of the Kerala Muslim League.
Posted by Mansoor Bolar at 12:07 PM 1 comments

India Post released a set of two stamps on 1st August 2010 on two stadiums - The Talkatora and the Jawaharlal Stadium for the Commonwealth Games to be held in New Delhi. 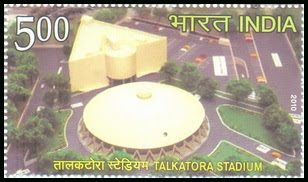 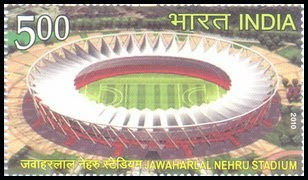