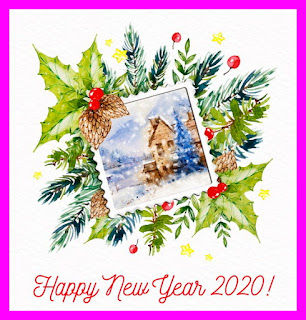 Cheers to a new year and another chance for us to get it Right.

India Post released a stamp on the Force Multiplier on 14th December 2019. 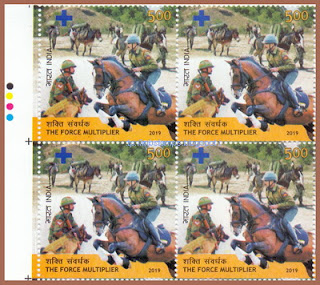 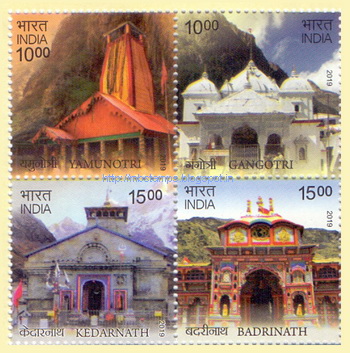 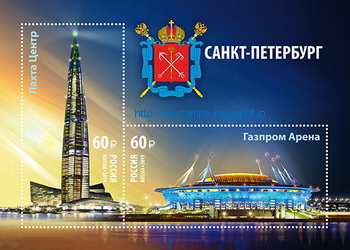 Lakhta Center is an ultramodern social and business complex, the key object of which is the headquarters of the state concern Gazprom. It is located in Lakhta, the historical part of the Primorsky district of St. Petersburg. The complex with a height of 462 m became the highest skyscraper in Europe. The total area of the premises is 400 thousand m². About a third of the space is reserved for conceptual public spaces,  an open amphitheater, a pedestrian promenade, a viewing platform, a transformer concert hall, a children's research and educational center with a planetarium, panoramic restaurants and galleries.

The stadium "Gazprom Arena" is located on Krestovsky Island, is one of the largest football stadiums in the world. As planned by the architect, his appearance resembles a spaceship that landed on the shores of the Gulf of Finland. The height of the seven-story building is 56.6 meters. This is the only building in Russia equipped with a sliding roof and a roll-out field. The capacity of the stadium is 68,000 seats.

Two special covers were released on the State Animal of Chhattisgarh, Wild Buffalo on 27th February 2019 and 8th October 2019 at Jagadalpur and Raipur. 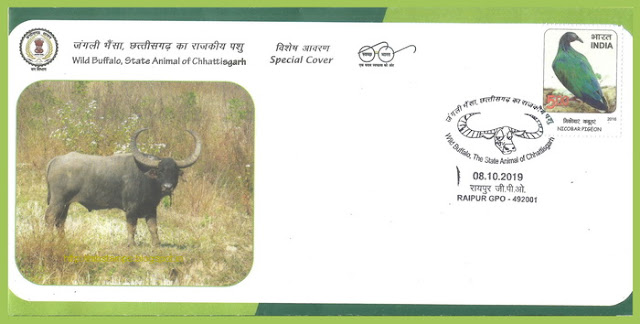 The Asiatic Wild Buffalo (Bubalus arnee) is a globally endangered species and is accorded the highest level of protection under Schedule I of the Wildlife (Protection) Act, 1972 of India. The current wild buffalo population in Chhattisgarh is restricted to Indravati National Park and Udanti Wildlife Sanctuary with fewer than 50 individuals recorded. Wildlife Trust of India (WTI) has been working for the last 14 years with the Chhattisgarh Forest Department to recover the population of the state animal of Chhattisgarh and this special cover is released on the occasion of the 67th Wildlife Week hopes to sensitize the local populace and  instill pride in their state animal. This scheme is supported by ORACLE (2016- till date)

Two special covers were released on 19th November 2019 at the State level Philatelic Exhibition "Ekla Chalo Re" featuring Sporting Legends of Bengal and Gandhi with Tagore at Santiniketan. 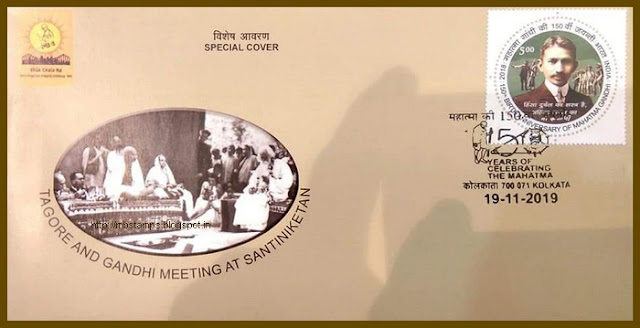 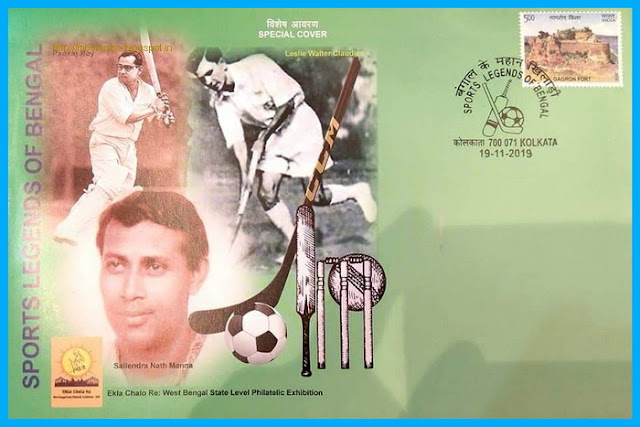 Russia Post released a stamp to celebrate 125th Birth Anniversary of I.D. Papanin (1894-1986), polar explorer on 19th October depicting a portrait of I.D. Papanin against the background of the Arctic station "North Pole-1". 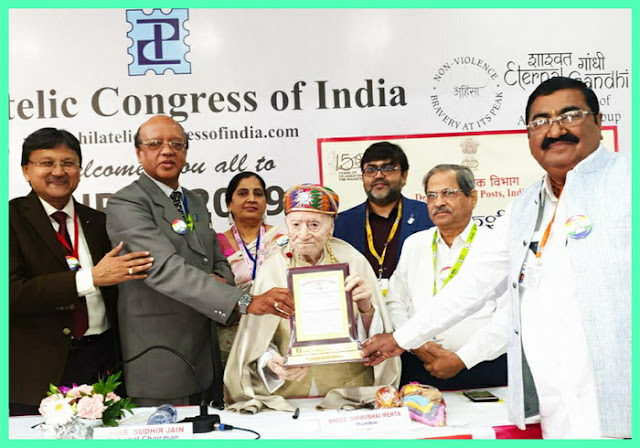 
Addressing the esteemed audience Shri Dhirubhai Mehta told that it is not his honour but it is the honour of Philately as a whole. He is still a learner and assured that he is always available for the service of Philately. Large number of Philatelists from all over India were present in this function.


It is worth to mention that Shri Dhirubhai Mehta is  deeply involved in Philately since last 75 years. He was President of Philatelic Congress of India, Philatelic Society of India and many other organizations. Apart from winning many Grand Pix Awards, he was Jury member of large number of International Philatelic exhibitions in India and abroad. He is the senior most practicing Chartered Accountant in Mumbai

Ministry of Transport of the Russian Federation.

Russia Post released a stamp on 20th November 2019 depicting the building and the emblem of the Ministry of Transport of the Russian Federation. 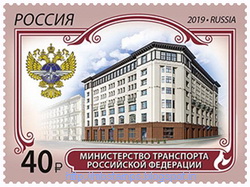 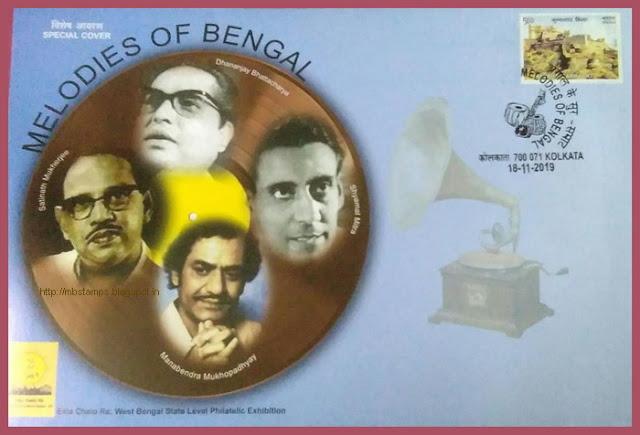 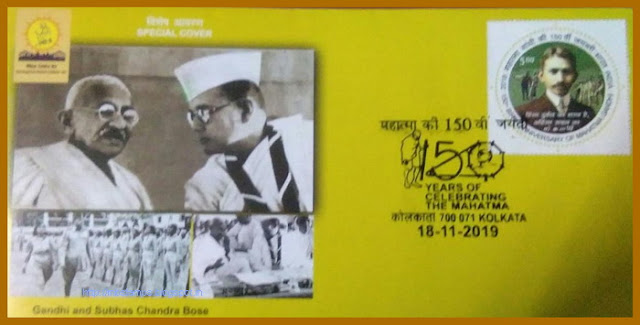 Russia Post released a stamp to celebrate 100th anniversary of the SU Marshal S.M. Budyonny Military Academy of the Signal Corps on 8th November 2019depicting the image of the building and it's national awards.

Military University of the Ministry of Defense of the Russian Federation

Russia Post released a stamp to celebrate 100th anniversary of the Military University of the Ministry of Defense of the Russian Federation, a higher military educational institution, methodological and scientific center of the Armed Forces on 5th November 2019. 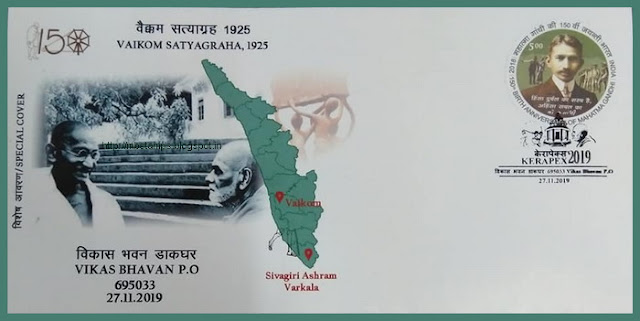 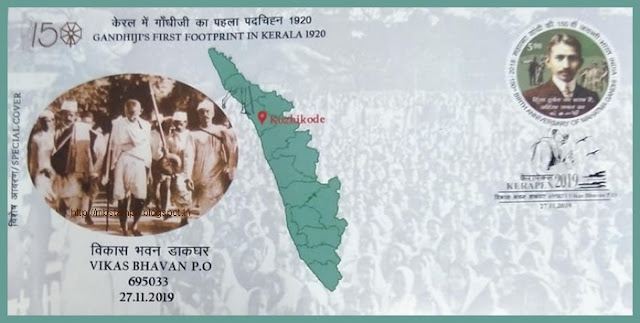 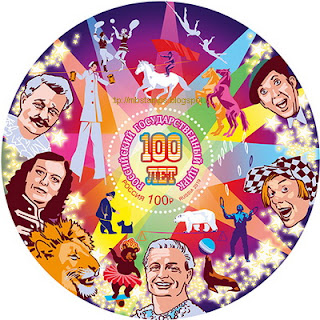 Wishing You Peace, love and joy this Christmas.
Posted by Mansoor Bolar at 5:00 PM 0 comments 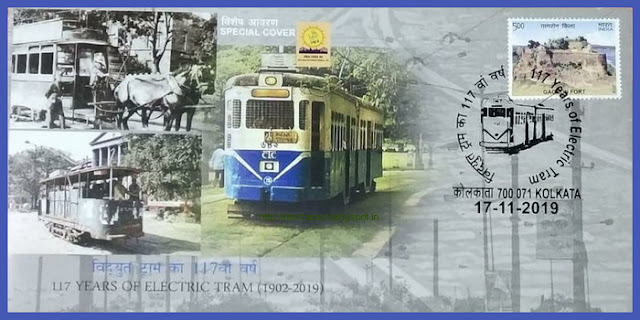 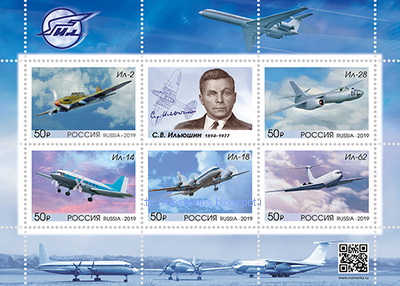 Masha and the Bear

Russia Post released a set of 3 stamp on 22nd October 2019 depicting the cartoon characters form "Masha and the Bear".

Russia Post released a stamp on the ceremonial known as St. Andrew's hall of the Grand Kremlin Palace on 21st October 2019.

The Grand Kremlin Palace is one of the palaces of the Moscow Kremlin. It was built in 1838−1849 at the behest of Emperor Nicholas I.

Communications troops of the Armed Forces of the Russian Federation

Russia Post released a stamp to celebrate 00 years of the communications troops of the Armed Forces of the Russian Federation on 18th October 2019 dipciting the telephone operator of the communications company of the 205th Guards Rifle Regiment of the 70th Guards Rifle Division of the 13th Army of the Central Front Hero of the Soviet Union Alexander Semenovich Tulintsev. 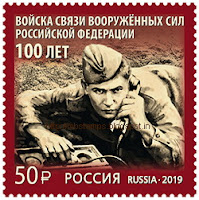 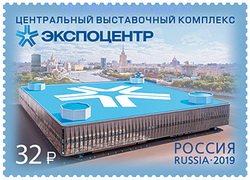 A two day philatelic Exhibition Gandhipex 2019 was celebrated at  Teachers Bhavan,  Gandhi Nagar, Jammu on 20th and 21st November 2019. One Special cover each was released on each day to celebrate 150th Birth anniversary of Mahatma Gandhi. 10 picture post cards of Gandhiji was also released on the occasion.

Russia Post issued a souvenir sheet of F.A. Malyavin with his painting "Women" (1905, the State Russian Museum) and the logo of the Russian Academy of Arts on 10th October 2019. 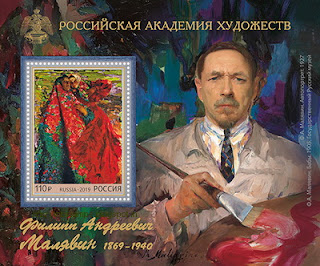 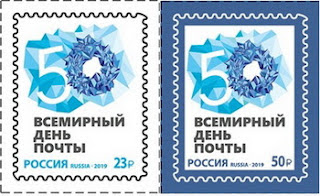 A special cover was released at Thiruvananthapuram on 9th August to celebrate Gandiji's stay at Madhavi Mandiram during APEX- 2019. 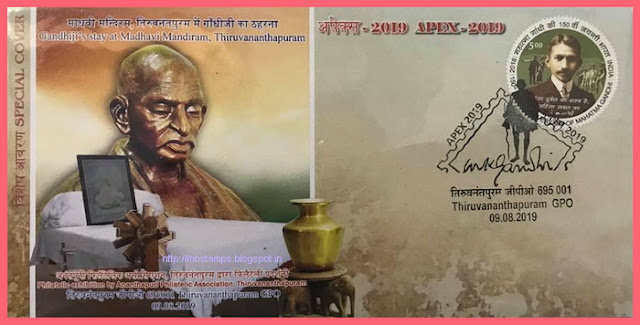 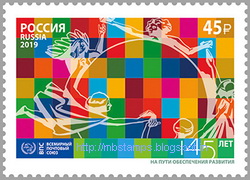 The Universal Postal Union is an interstate organization for the provision and improvement of postal communications in the single postal territory formed by the Universal Postal Union, founded on October 9, 1874. It unites almost all countries of the world, including Russia. Russia is one of the founders of the UPU. Among his main tasks is to promote the development of a worldwide postal service, increase the volume of postal items through the introduction of modern types of postal products and services, and improve the quality of postal customer service.

A special cover was released at Kolkata on 2nd October 2019 to celebrate the 150th birth Anniversary of Mahatma Gandhi. 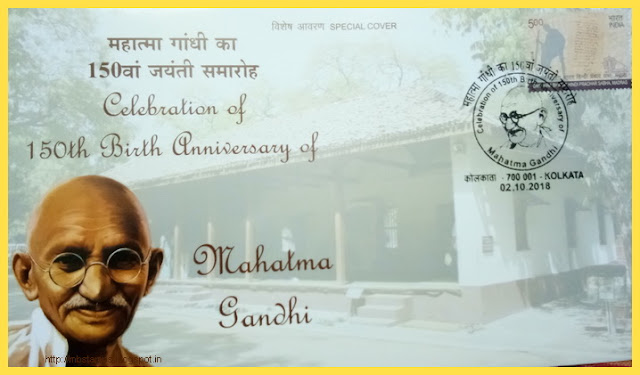 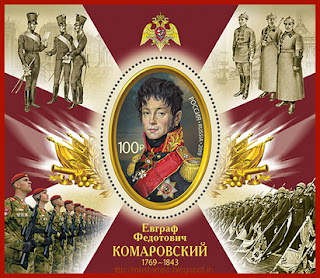 A special cover was released at Lucknow on 15th August 2019 to clebrate the 150th Birth anniversay of Mahatma Gandhi. 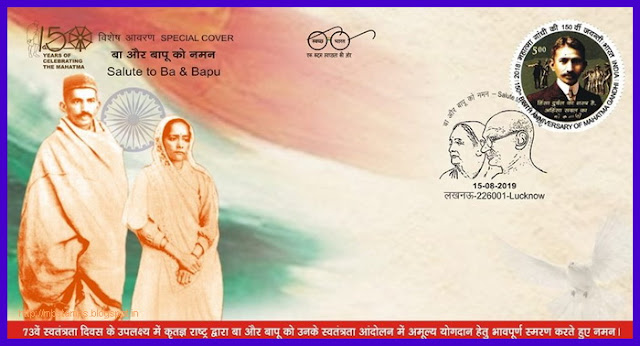 A set of 6 post card on Mahatma Gandhi was also released at Lucknow.

XXIII Congress of the International Organization of Supreme Audit Institutions

Russia Post released a stamp on the XXIII Congress of the International Organization of Supreme Audit Institutions depicting its logo/corporate identity. 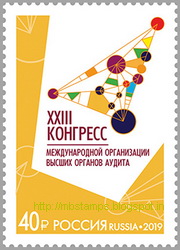 A special cover was released at New Delhi on 2nd December 2019 to celebrate the 48th National Day of United Arab Emirates.

Russia Post released a set of 5 stamps on the Contemporary art of Russia on 20th September 2019.

Two special covers were released at AHIMPEX 2019 held at Delhi on 2nd and 3rd October 2019 as part of 150th birth Anniversary celebrations of Mahatma Gandhi.

A Special cover was released on 8th November 2018 on Ammunation Factory Khadki at Pune.

A special cover was released to celebrate 135 years of St.Joseph's College on 16th November 2019 at Allahabad.

A souvenir sheet was released by Russia Post depicting Mikhail Timofeevich Kalashnikov (1919–2013) - an outstanding designer of small arms to celebrate 100 years of his birth Anniversary. 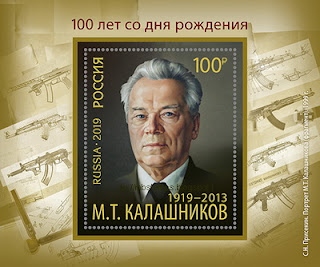 A special cover was released on 25th October 2019 on the ocassion of the Kashmir Autumn Festifal. at Srinagar.