India Post released set of 4 stamp and miniature sheet on Ladybird Beetle on 23rd February 2017. This stamps are also available in sheetlets. 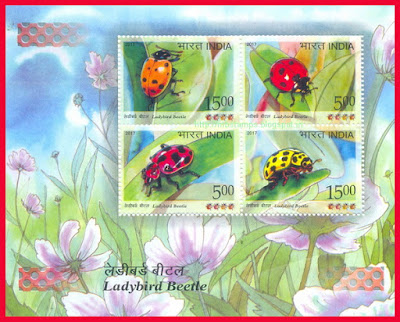 India Post released a stamp to commemorate the centenary of Ramjas College at Delhi on 13th February 2017. 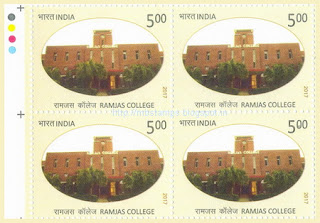 A special cover on  Dr. Gaya Prasad Katiyar, a freedom fighter and Revolutionary was released on 26th December 2016. 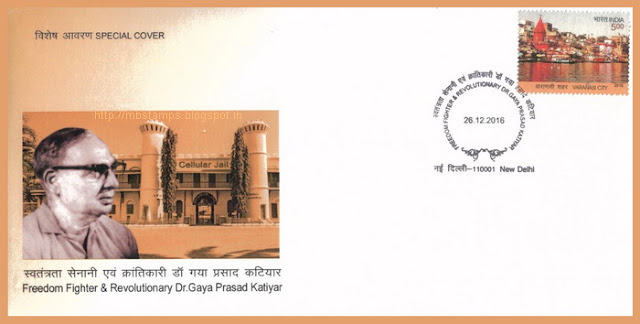 A special cover was released on 16th November 2016 at Kolkata on the ocassion of 75 years of the Golden Restaurant "Shiraz". 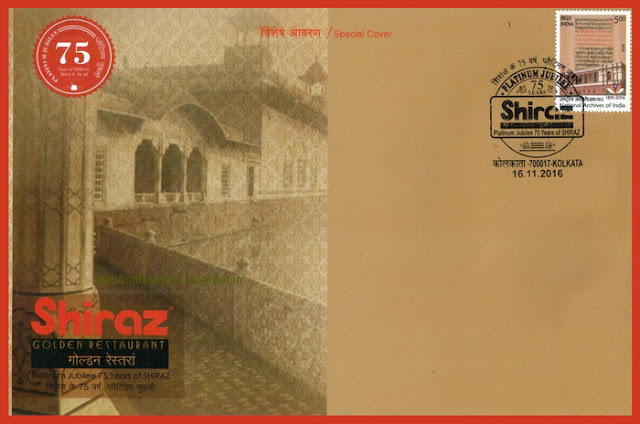 India Post released a stamp to commemorate the bicentennial of The Poona Horse Regiment of Indian Army, on 11th February 2017. 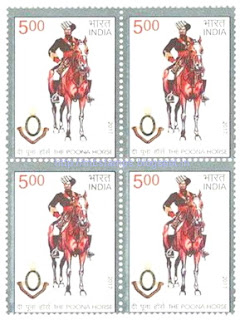 A special cover was released on 6th December 2016 on the occasion of the Hornbill Festival in Nagaland.

A special cover was released to celebrate 152 years of Nagar Nigam Jabalpur on 28th December 2016.

Russia Post released a stamp on the Russian Presidential Academy of National Economy and Public Administration with its building and the logo on 20th September 2016. 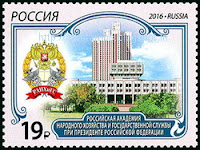 India Post released the set of 16 special stamps in the form of Souvenir sheet featuring the Headgears of India at 31st Surajkund International Crafts Mela, Faridabad on 10th February 2017. 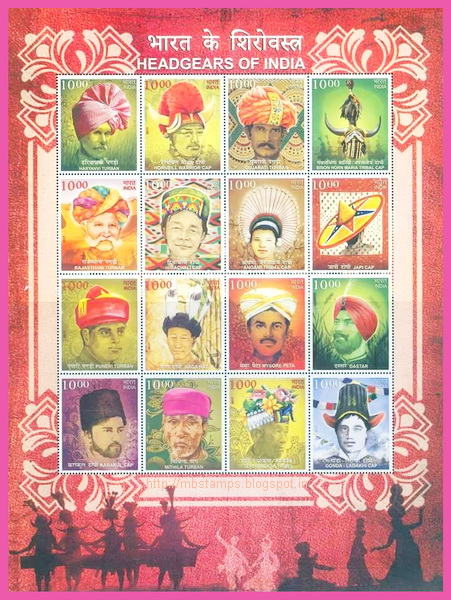 A special cover was released on 1st February 2017 to celebrate  the Centenary of Goddess Sri Sharadamba temple structure at Sringeri ­Grand Kumbhabhisheka and Dedication of Golden Gopura above the Garbha-griha (sanctum sanctorum) of the temple. 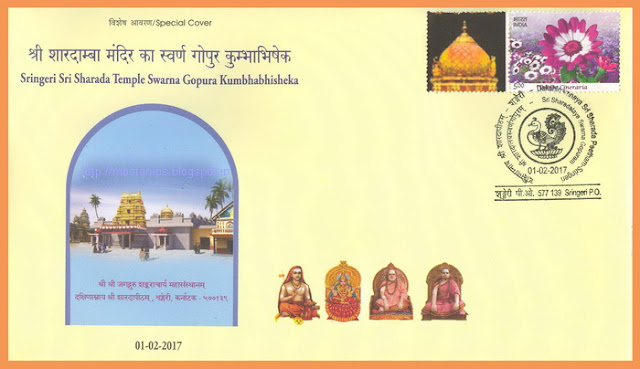 Three special covers were released on the occasion of Kalindi 2017 District Level Philately Exhibition  held at Delhi from 19th to 20th January 2017. The covers were on Jamia Millia Islamia, Bahai Lotus Temple and Okhla Bird Sanctury. 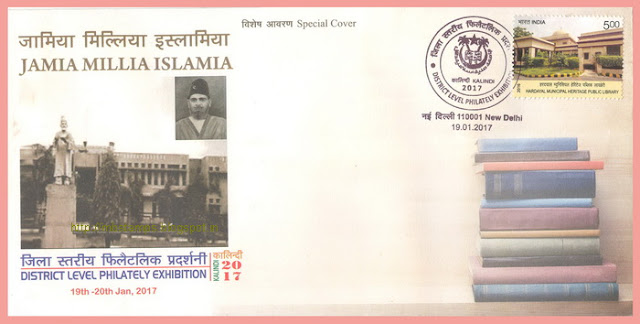 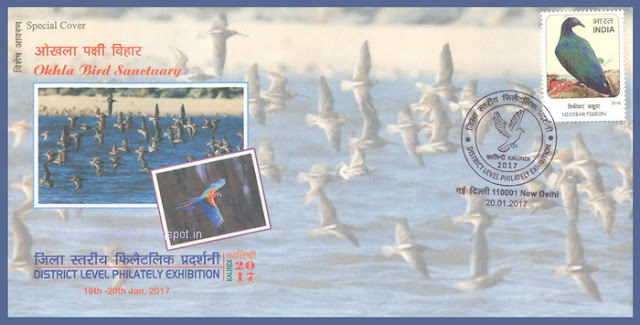 A special cover was released at Bangalore on 30th January 2017 to celebrate National Cleanliness Day. 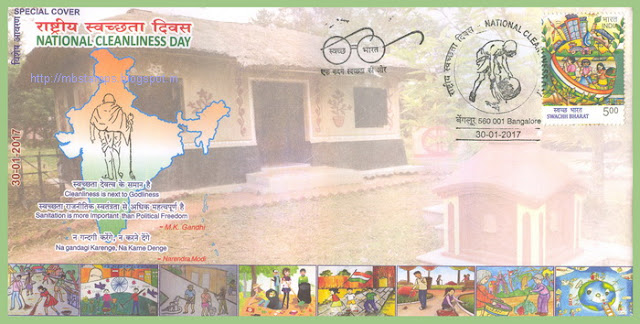 India Post released a stamp on the occasion of the inauguration of  India Post Payments Bank on 30th January 2017. 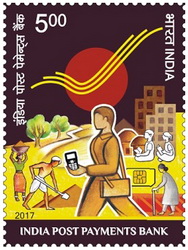 Rurapex - 2017 was held on 26th and 27th January 2017 at Mellur, Sidlaghatta, Chikaballapura district organised by Karnataka Rural Philatelic Society.  2 special covers were released on the occasion.
Agriculture is the best culture: 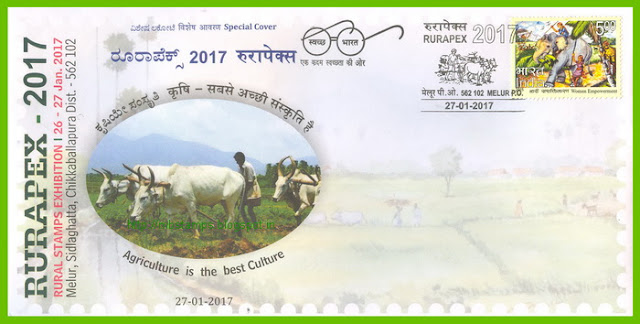 Nature is the best teacher:

Coat of Arms of the Republic of Ingushetia and Perm Krai

Russia Post released a set of 2 Souvenir sheet on the Coat pf Arms of the Republic of Ingushetia and Perm Krai on 16th September 2016.

The coat of arms of the Republic of Ingushetia is a circle surrounding an eagle with its wings outstretched, a symbol of nobility and valor, wisdom and loyalty. 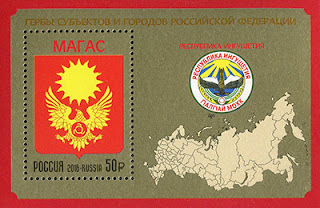 The coat of arms of Perm Krai depicts a silver bear heading to the right placed on a red escutcheon, with a gospel in a golden cover featuring an eight-pointed cross on its back. 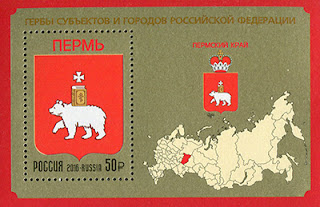 A special cover was released to celebrate  60th year of Manipal Institute of Technology, Manipal on 27th January 2017.

A special cover was released on 27th January 2017 at Bengaluru to celebrate International Customs Day and 55 years of Indian Customs Act 1962. 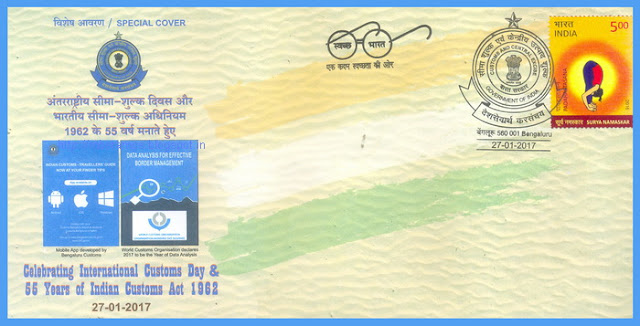 India Post released a set of 6 stamps and a miniature sheet on Nature on 25th January 2017. 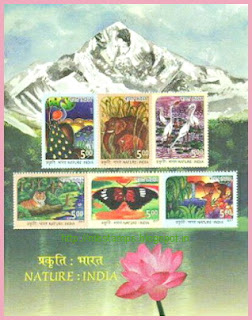 Special covers released on occasion of  Katakpex 2017 held at Cuttack.

Dhabaleswar Bridge is the largest suspension bridge over river Mahanadi of 254 meters long which reminds the beautiful Ramjhola and Laxmanjhola over river Ganga at Rishikesh. it connects the mainland with Dhabaleswar island. One can experience the most  moment while passing over the hanging bridge and enjoy the beauty of Nature. 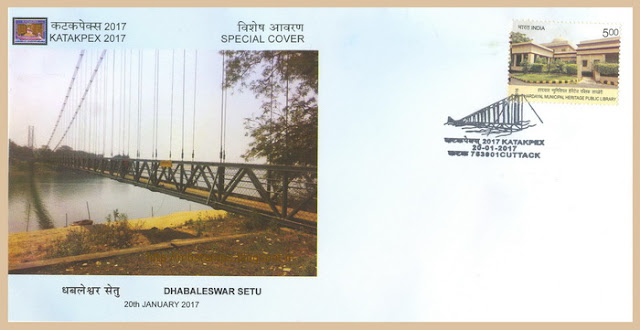 A milestone in the Maritime heritage of the nation was inaugurated on 1st April 2013 on the south  bank of River Mahanadi in a heritage building which has been set up at Jobra workshop has various galleries along with its ancillary components showcasing the enriching maritime history and heritage of Odisha through artifacts and models attracting thousands of visitors and tourists all over the world, throughout the year. This is the only one of its kind in the country which is worth visiting. 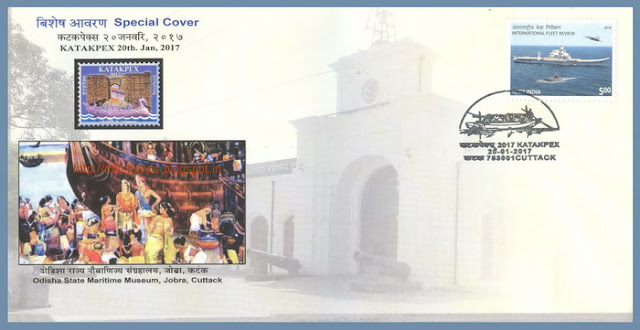 
Ruchi Foodline - 21st January 2017
After long 41 years of sweat and toil, today 'RUCHI' has made a name in every village & city of Odisha. It has made a landmark in the history of Odisha Industries as a leading quality food processing Unit. The seed of Om Oil and Flour Mills Ltd. which was sown on the barren land of industrially backward Odisha in the year 1976, has culminated into a full grown tree spreading the aroma of the RUCHI Spices to different parts of the globe 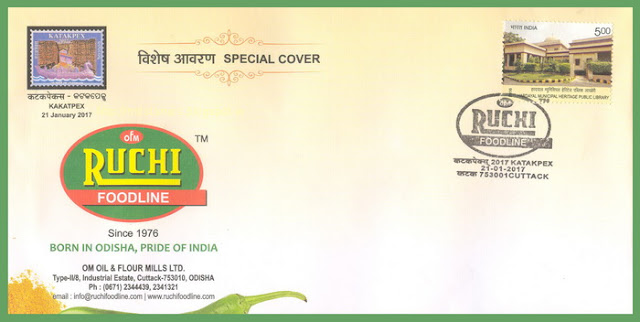 The oldest higher educational institution of Odisha was established. in 1868. It was upgraded to a University on 15th day of November 2006. With its glorious all-round achievements and ceaseless scholastic pursuits, it has created a distinct niche for itself in India and abroad. The history of Ravenshaw in many ways reflects the History of Modern Odisha. 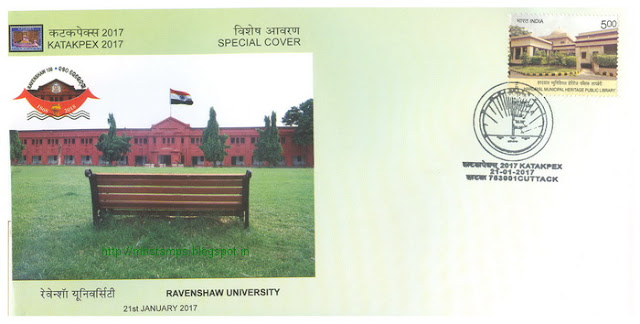