India Post released a Souvenir sheet to celebrate the 25th Anniversary of the establishment of Diplomatic Ties between India-Egypt on 25th January 2023. 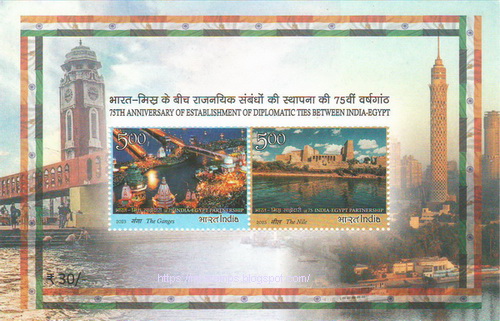 A Special cover was released to celebrate the birth centenary of  Marpalli Padmavati S.Rao was released at Puttur on 30th January 2023. 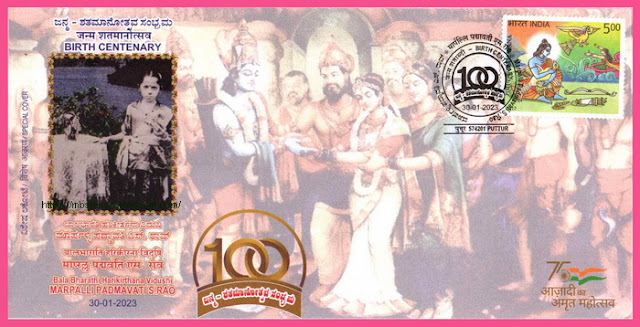 Four Special cancellations were released by the Postal department of Karnataka Circle on the occasion of Martyr's day on 30th January 2023 at Bengaluru, Mysuru, Mangaluru and Belagavi. 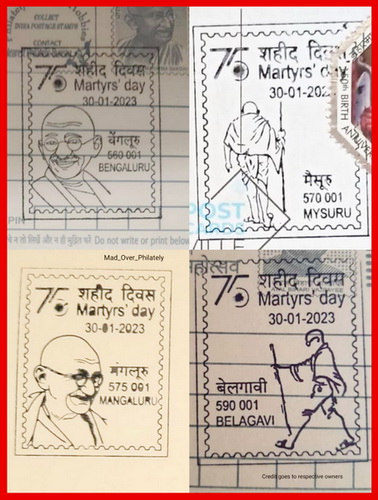 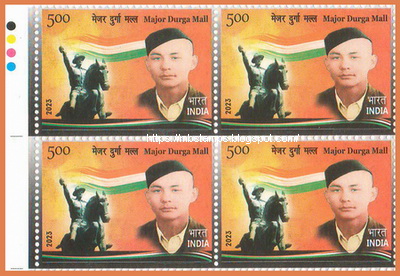 Russia Post issued a stamp to celebrate 450th Anniversary of the Battle of Molodi on 29th August 2022 depicting a portrait of Prince Mikhail Vorotynsky, Russian army, a siege vehicle mobile field fortification and a car-touche from military munition.

The battle of Molodi was a military battle that took place between July 29 and August 2, 1572, in the territory that currently is within the boundaries of the city of Chekhov of the Moscow Region. The battle was fought between the Russian troops led by Princes Mikhail Vorotynsky and Dmitry Khvorostinin and the army of Crimean Khan Devlet I Giray.
Posted by Mansoor Bolar at 10:30 AM 0 comments

A Special cover on Rameshwar Dayal Thothla was released on 1st November 2022 at Indore.

A Special cover was released on the 100th Birth Anniversary of Vice Admiral Elenjikal Chandy Kuruvilla on 26th October 2022 at Kochi. 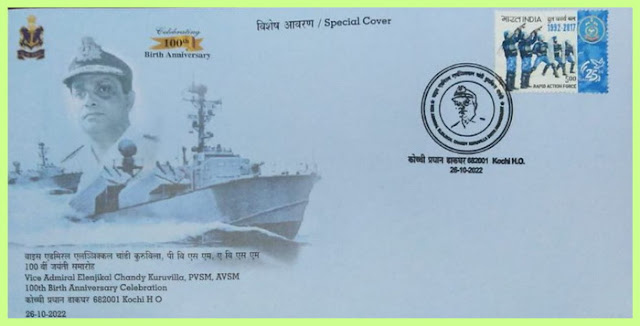 A Special cover was released on the Apricot of Kargil on 13th October 2022 at Kargil. 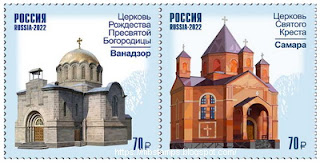 The diplomatic relations between Russia and Armenia were established on April 3, 1992.The Russian postage stamps feature the Holy Cross Church in Samara and the Church of the Nativity of the Blessed Virgin Mary in Vanadzor.
Posted by Mansoor Bolar at 10:30 AM 0 comments 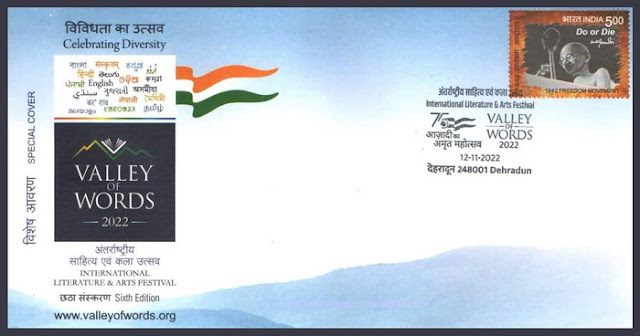 A Special cover was released on V.K.Vijayan on 19th November 2023 at Paravur. 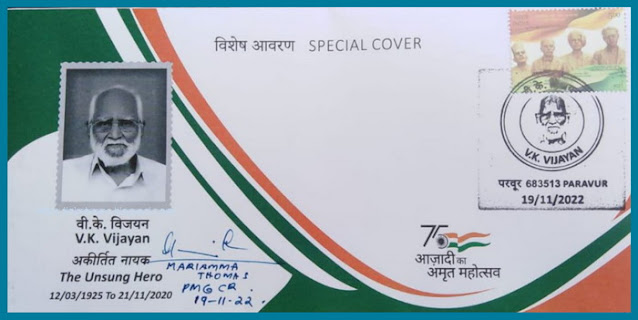 A Special cover was released on 18th November 2022 at Loni Kalbhor to celebrate 5th Naturopathy Day. 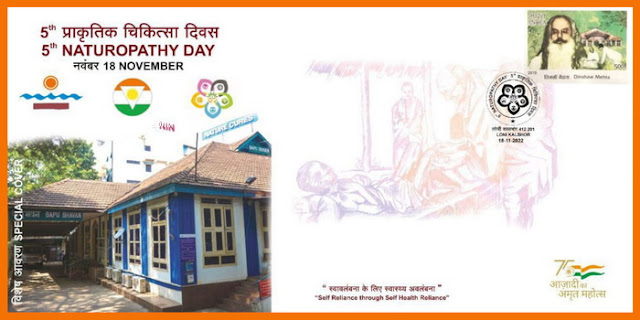 A Special cover was released on Chunchun Pandey on 11th October 2022 at Patna.

A Special cover was released on the Kashmiri Apple on 11th OCtober 2022 at Srinagar.

Russia Post released a souvenir sheet on the Cities of labor valor on 25th August 2022. A City of Labor Valor is an honorary title of the Russian Federation, instituted by the Federal Law of March 1, 2020 “in order to commemorate the feat of home front workers during the Great Patriotic War of 1941-1945”. 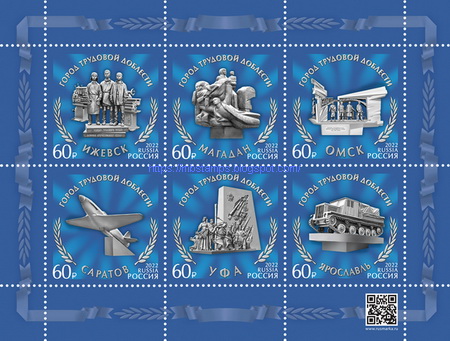 The Sheet depicts the following:

A Special cover was released to celebrate 15 years of YMCA, Trivandrum on 1st October 2022 at Thiruvananthapuram. 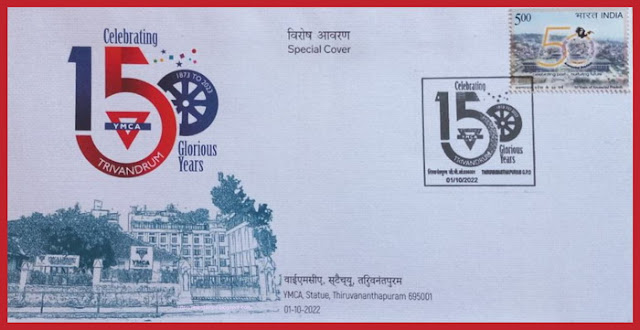