A Brand Film through the medium of Stamps.

Mumbai based Filmmakers have made a brand Film on the Food Company Shakti Bhog where the entire Brand Story is narrated with the help of Stamps. The film celebrates the spirit of Philately and has been also winning a lot of International Awards including the honour of being the first ever indian film and film on philately theme to win the Cannes Dolphin at the 2015 Cannes Corporate Media and TV Awards. 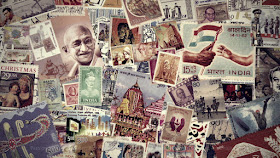 Shakti Bhog Foods Limited, India's International Food brand, traces its historical journey from its genesis in 1975 to becoming a billion dollar company today. The film tells this journey in an innovative way celebrating the spirit of 'Philately- the study of stamps and postal cards'.

Shakti Bhog Foods Limited, is a company that was born out of the deep concern to provide hygienic staple food to the people. Its main business lies in the production of Wheat and Rice. This was also independent India's Economic Planning Policy since its first elected Government came into power- to be a self sufficient agricultural economy with adequate quality hygenic food for the nation to produce and consume. But how does a newly formed Government create awareness to its vast diverse population about its policies and initiatives on food and agricultural products? After all before gaining independence in 1947 from the British, India was a land of princely states and kingdoms without a proper national identity. Even after independence, India is culturally diverse in terms of its people, languages and traditions.

POSTAGE STAMPS with its wide usage came as a solution to be used as communication tools across the length and breadth of the nation. Issued by India Post, STAMPS through their engraved imagery successfully communicated the Planning Commission's initiatives with respect to food and agricultural policies.

Building on this historical and cultural legacy, Postage Stamps have been adopted in the telling the story of Shakti Bhog in this film.